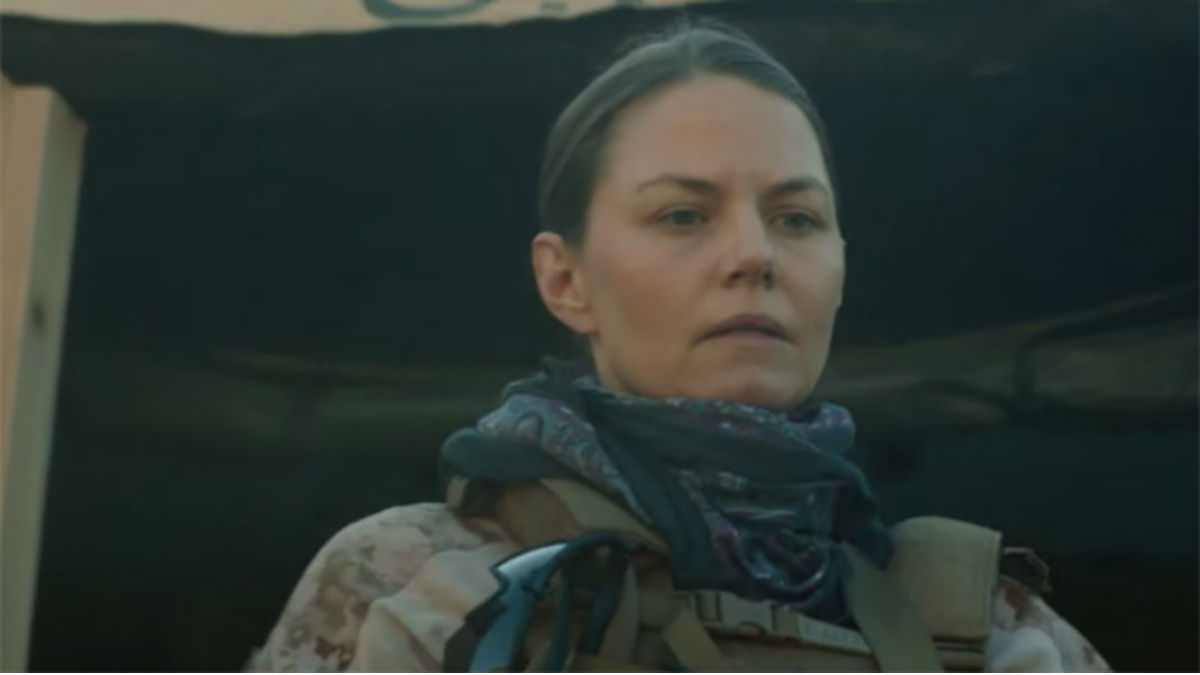 This Is Us fans are still reeling from the Season 4 premiere, which was full of new characters and shocking revelations.

It was previously announced Jennifer Morrison would play a pivotal part in the new season. She has joined the hit NBC show as Cassidy Sharp, a present-day war vet struggling to adjust to life outside the military.

Fans are first introduced to Cassidy while she is deployed. Life away from her husband, played by Nick Welsher and son Matty, is taking a toll on her. She is unable to talk about her missions, which further adds to her feeling isolated from her family.

Cassidy makes it home safe, but life is far from being back to normal. After drinking and driving home, her husband calls her out on her actions. He is resentful of having to do it all, even though she is home.

A discussion about a new water heater triggers Cassidy with images from her time being deployed. The argument becomes intense as Cassidy fights to shut the vivid memory down. After accidentally hitting her son Matty in the face with her hand, during the discussion, Cassidy’s husband orders to her leave their home.

Losing her family causes Cassidy to end up at a Veterans Affairs support group. It is revealed she has had suicidal thoughts, making it clear to viewers she is genuinely suffering.

Cassidy recalls the memory that was a trigger during her water heater discussion with her husband. As she is opening up, a chair crashes through the window, showing a disheveled Nicky downing a bottle of alcohol outside.

Nicky and Cassidy never speak as police are handcuffing him, but they do lock eyes. There is a sadness they both seem to be experiencing. They will most certainly be crossing paths this season.

The struggling veteran element and alcoholism is an excellent way of connecting these two people, who have had their lives crushed by war. Their experiences are decades apart, but the impact is the same.

Morrison is no stranger to television. The blonde beauty is best known for her role as, Dr. Allison Cameron in the medical drama series House. She was part of the hit show for eight years.

After House ended, Morrison became a fan favorite on the ABC adventure-fantasy series, Once Upon A Time. The 40-year-old played Emma Swan for six seasons. She opted out of the seventh season but did return for the series finale at the end of Season 7.

Ironically the actress made her feature film debut in Sun Dogs, which also stars Michael Angarano. Fans might know the latter better as young Nicky on This Is Us.

Variety recently revealed Morrison is taking her talents behind the camera. She is set to make her directorial debut with the drama pilot, One of Us Is Lying. The show will help launch NBCUniversal’s streaming service, Peacock.

Are you excited to see Morrison on This Is Us? What do you think of Cassidy so far?