The Academy Award-winning actor Tim Robbins discussed his role as small-town criminal Reginald “Pop” Merrill in the second series of the Stephen King-inspired horror series Castle Rock. The Hollywood heavyweight also talked about his rehabilitative work with Californian prisoners and how it informed his role.

In the second series of Castle Rock, the horror anthology series inspired by the works of Stephen King, Tim Robbins plays Reginald “Pop” Merrill, an extortionist and racketeer.

A former soldier who saw action in Somalia, Pop is haunted by his actions while on duty, his contrition hinted at by his care for two Somalian teenagers.

Pop is no cut-out villain or one-note hoodlum, this conflicted man struggling with both his past actions and how he might be able to make amends in the near future, as he is living with cancer.

The nature of criminality and the mechanics of the US penal system has formed a significant part of Tim’s career, as his direction of drama Dead Man Walking in 1995 earned him an Oscar nomination. 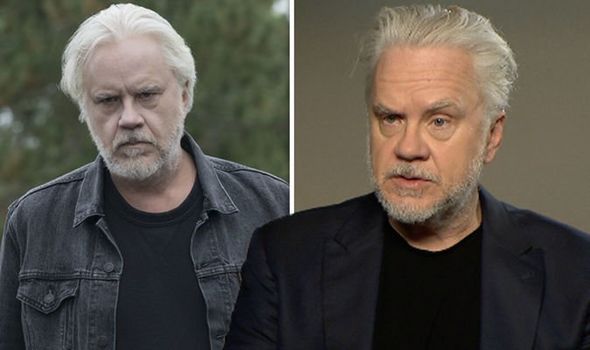 To many, he is the lead in their favourite film of all time; The Shawshank Redemption earned seven Academy Award nominations, although his performance as Andy Dufresne wasn’t recognised by the Academy.

But it’s away from the cameras where Tim has changed lives firsthand, as his drama workshops in prisons have helped cut reoffending rates and allowed prisoners to process their angst.

The Actors’ Gang Prison Project now runs in 13 state prisons across California and other facilities, these workshops even helping to break down gang rivalries.

Speaking to Express.co.uk, Tim was asked how important it is to him to show someone can be rehabilitated onscreen and not portraying an irredeemable character. 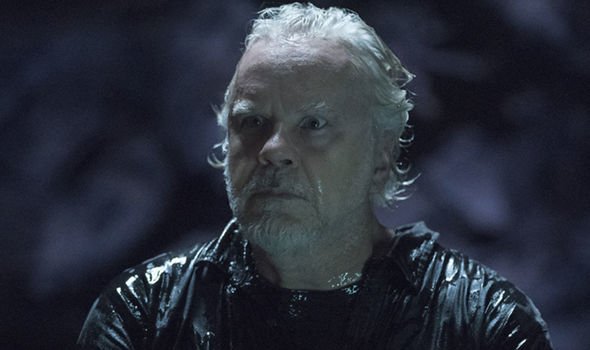 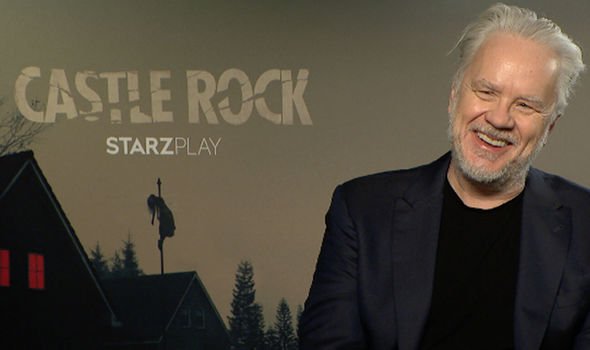 “A long time ago I let go of my judgement of people that were in prison,” answered Tim.

“Many people that I’ve met in prison are, first of all, they’re in it for things that I’ve done that I didn’t get caught for.

“I never felt that far removed. Just lucky. I’ve met so many people with so much human potential in prison,” said Tim.

“But the idea that someone is evil? I’ve never bought that.”

“There’s probably a few people in prison that should stay there and are a danger to society.

“But for the most part, I believe that every individual is worth more than their worst act and that everyone has the potential for rehabilitation.”

He then spoke of the changes he’s witnessed first hand from those prisoners who’ve participated in the scheme.

“That we’d rather you think of as bad, evil, irredeemable. It’s a reflection of who we are that we talk about them that way and that we cast them away.”

While Tim spoke about portraying a conflicted character, he did admit he didn’t take on Pop’s mortality, as he slowly fades with his illness.

“In the past, I’ve tried to absorb the physicality of the parts I play. In the course of the filming, you kind of absorb more and more.

“And with this one, I was like, ‘Nope, not going to do it this time. I’m dying?’ Not going to absorb that,” explained Tim, laughing.

“So what I did was, I made a pact with myself that I would be healthier at the end of the shoot, after the end of five months, than I was at the start. And I was.”