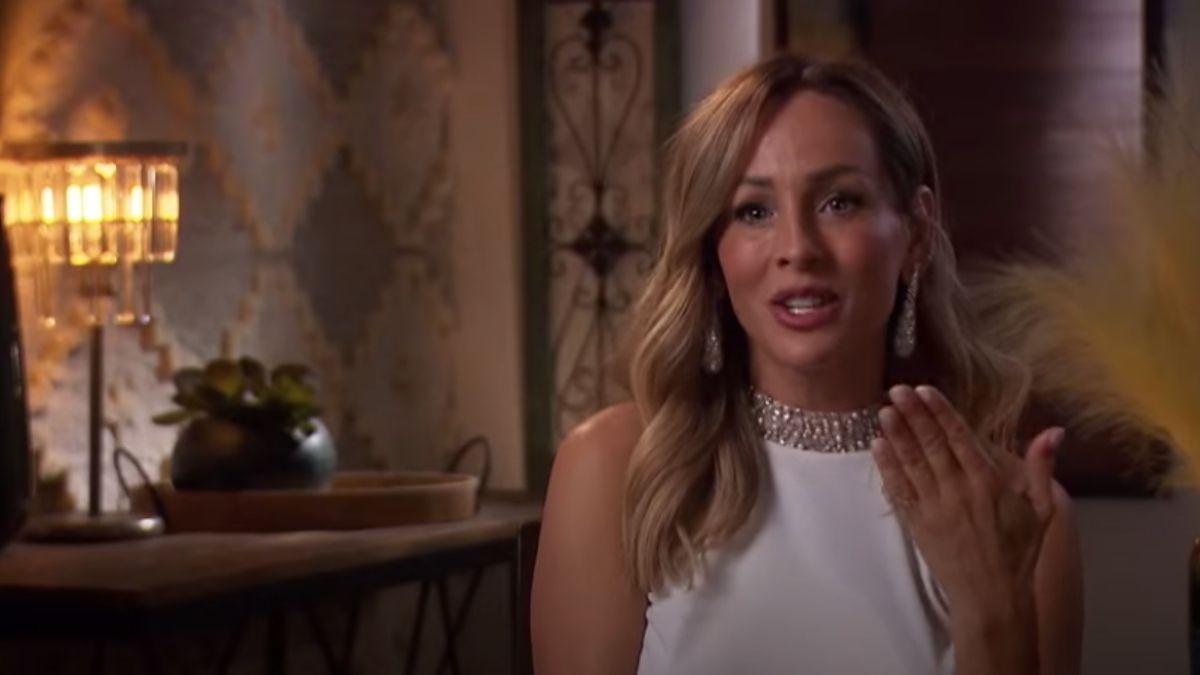 Clare Crawley is getting her fourth shot at finding love in the Bachelor franchise.

While she didn’t find love in front of the cameras, she did have a strong connection with Benoît Beauséjour-Savard during The Bachelor Winter Games.

And during the reunion special, Benoit felt it was the right time for him to propose.

The Canadian got down on one knee and popped the question.

Long story short, the two didn’t end up working out, as she was in Sacramento, and he loved his beloved Canada. They tried to make things work but eventually ended their engagement.

As it turns out, Benoit was supposed to be featured during tonight’s premiere episode.

On Benoit’s social media, he revealed he was excited about tonight’s premiere of The Bachelorette with Clare, hinting he may make an appearance. 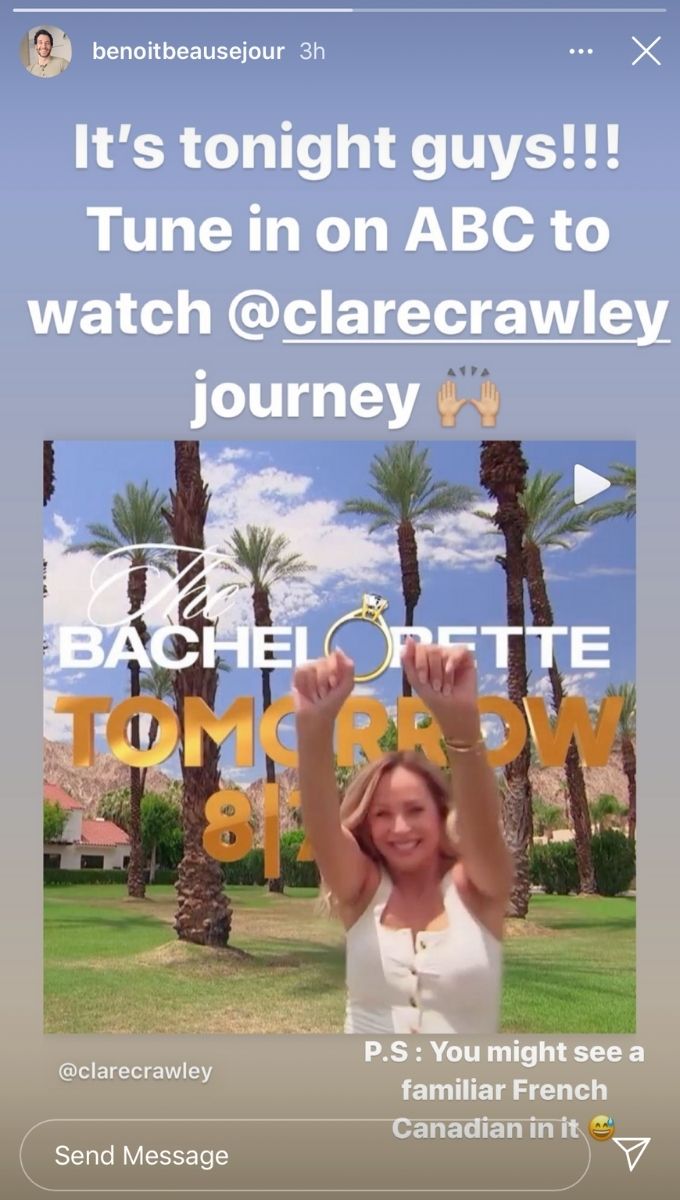 But ABC decided to cut the footage. He did not make an appearance, but Robert Mills chimed in about this former Bachelor couple.

As it turns out, Clare and Benoit are great friends, and he’s very excited about supporting his former fiancee on her journey as The Bachelorette. 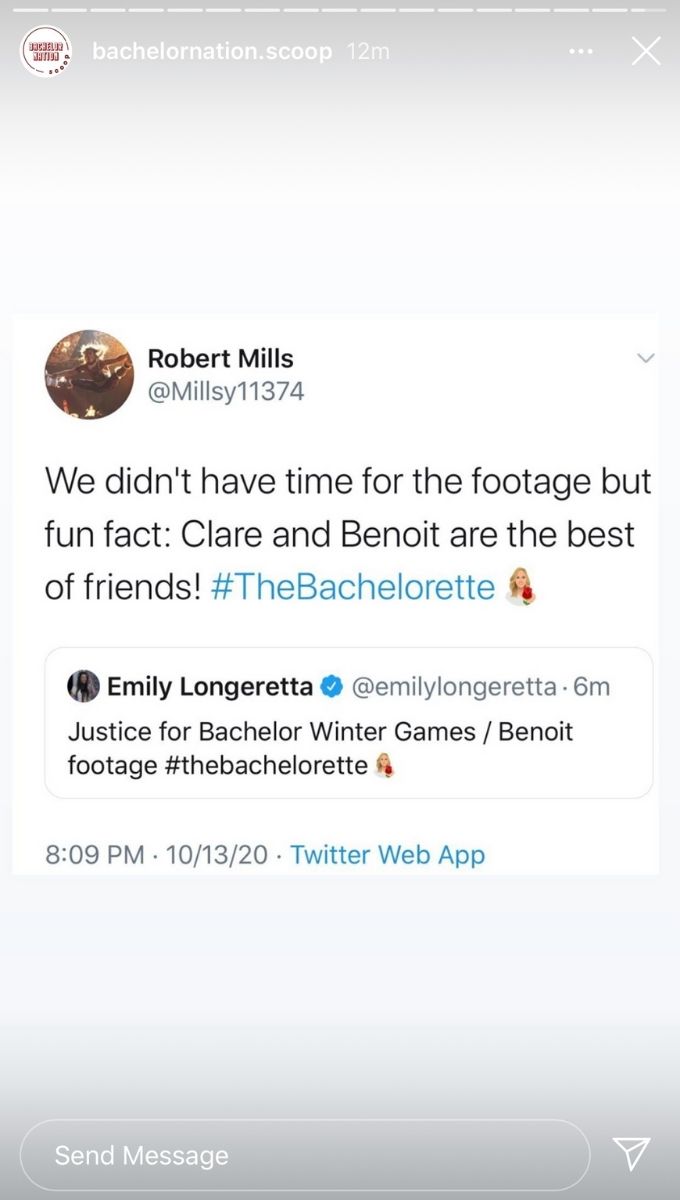 Clare Crawley and Benoit filmed in Sacramento prior to the shutdown

Benoit thought he would make an appearance on The Bachelorette because he actually filmed for the season prior to the shutdown.

Back in early March, Clare was spotted filming with someone who looked like Benoit. At the time, fans didn’t know that they were close friends.

It was later revealed that it was a friendly meeting, where Clare got some encouraging advice and support from him.

It’s possible that Benoit is the biggest supporter in her Bachelorette journey because he wants the best for her. He could have texted her during the time she was called names for playing favorites with Dale Moss.

Clare was called ungrateful after rumors surfaced that she was halting the Bachelorette journey because she had found a connection with Dale Moss.

The Bachelorette airs Tuesdays at 8/7c on ABC. 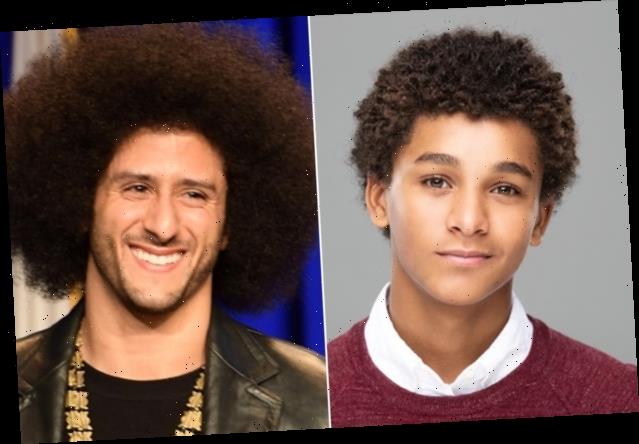