The Marvelous Mrs. Maisel boasts several memorable shooting locations. However, one particularly beautiful backdrop from season 2 of the Amazon series is going through a tough time — and the owners are trying to sell it.

One of the key settings in Maisel Season 2 was the fictional Catskills resort that Midge and her family visited for the summer. Titled Steiner Resort in the Amazon series, the real location is called Scott’s Family Resort. Set on almost 1,000 acres of land, the vacation spot in Deposit, New York, has been open for over 150 years, according to The New York Post.

The property served as an “idyllic backdrop for a few beloved episodes,” when the Maisels leave their big-city lifestyle for a Catskills retreat. (The resort is located in upstate New York, near Binghamton: about 3 hours outside New York City).

“[Midge] and her family enjoy dances, picnics, bowling and July 4 fireworks on the lawn,” The Post continued.

The Scott’s property boasts “134 rooms, cottages and guest houses.” Usually, the resort would be open for the summer months, “but [is] currently closed due to COVID” — other than “private events” and “tours.”

Scott’s Family Resort, which first opened way back in 1869, was the perfect setting for the Maisel co-creators Amy Sherman-Palladino and Daniel Palladino. In fact, they had the Catskills on her mind from the very beginning.

“Visiting upstate New York in the story was something Palladino says he and Sherman-Palladino wanted to do from the moment they were pitching the series to Amazon,” Variety reported.

Given that The Marvelous Mrs. Maisel is a story about Jewish characters, the Palladinos (previously known for their work on Bunheads and Gilmore Girls) wanted to represent the Jewish cultural touchstone of the upstate-New-York family vacation.

“We felt that was an important part of the cultural history of Jews, just in general,” Palladino explained. “The Catskills was the getaway,”. He also told Variety why they found it so important to include the resort episodes:

It’s just really interesting that there were 500 hotels and hundreds of thousands of people congregating in these hotels for two months. They were the cruise ships of their day.

The season 2 episodes at the Steiner resort were also key for the character of Rose.

“That world of women congregating was probably a place of relief and release that in Manhattan these women didn’t have as easily, so those scenes were really delicious,” Palladino shared. 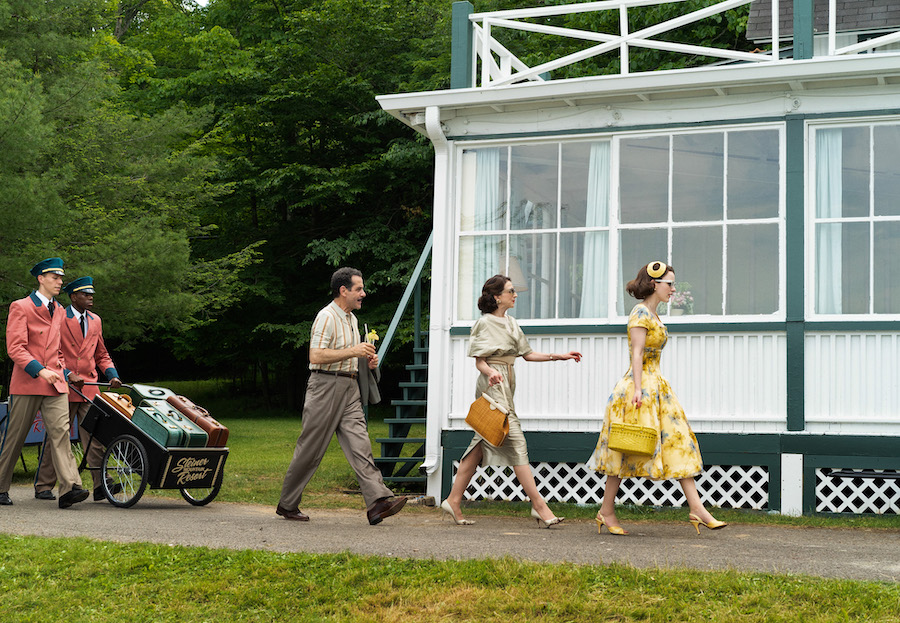 The ‘Maisel’ Catskills resort is on sale

But despite being the perfect backdrop for the various Maisel plotlines, the real-life resort is struggling with “lingering debts and the ailing health of its owners, who are in their 90s.”

Which means: the Scotts are ready to move on.

“.. the Scott family is ready to pass the torch to a new proprietor for $6 million,” the New York Post reported.

The resort went up for auction in mid-September of this year, however, it came out “without a qualified bid, so it still remains on the market.”

Jonathan Meyerhoff, long-time visitor and son-in-law to the owners of the Scott’s Family Resort, says the guests love “the family vibe.” And after the Palladinos shot the season 2 episodes at the resort, reservations went way up.

However, between COVID and other lingering issues, time will only tell the future of the Maisel-famous property.