In tonight’s Coronation Street, Chesney Brown (Sam Aston) got a rude awakening when his house guest exposed herself to him.

But it seems she’s not adjusting well to her new environment, as she headed downstairs for breakfast completely naked.

Chesney didn’t know where to look and Bernie was coming on strong – and viewers were horrified by the events.

“Tip a bucket of water over the skanky cow Ches”

One tweeted: “Tip a bucket of water over the skanky cow Ches.”

Another wrote: “Oh my God I want to throw up in Corrie, Gemma’s mum ew.”

And someone else added: “Writers please get rid of this nasty bitch. She’s gross.” 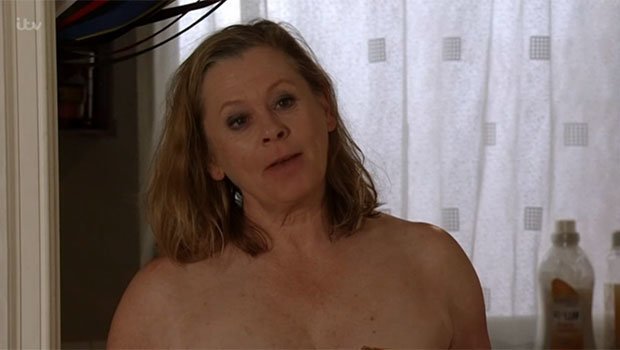 Seemingly unaware about her forward behaviour, Bernie asked Ches: “Can I ask you something, honestly? Do you have a problem with me being naked?”

He tried to be polite but later told her son Paul Foreman (Peter Ash) who was horrified by her actions.

Chesney told Paul: “Last night she made overtures, then this morning she called me a prude, wanted to go to bed for seven hours.” 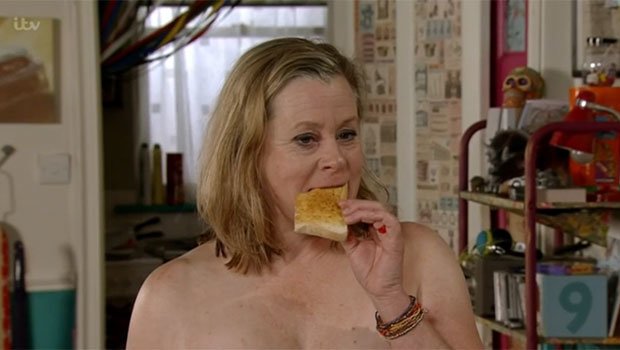 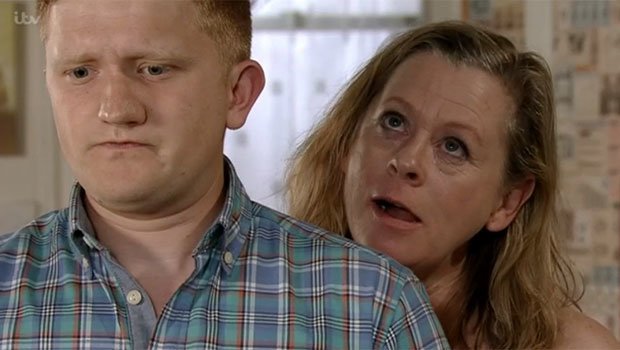 When Paul asked why seven hours, Chesney explained: “That’s how long we had before Joseph was back from holiday club.”

Later, Gemma accused Chesney of having feelings for her mum, leaving him scratching his head.