Coronation Street: Asha tells Dev that she is dating a girl

Daisy Midgeley (played by Charlotte Jordan) caused quite a stir when she first arrived in Coronation Street by flirting with the married David Platt (Jack P. Shepherd). In tonight’s double-bill, it seems the barmaid has set her eyes on a new target as she flirted with Rovers Return colleague Ryan Connor (Ryan Prescott). However, will Ryan be tempted to break Alya Nazir’s (Sair Khan) heart to embark on a romance with the newcomer?

The co-workers bonded as Ryan attempted to get the wifi up and running again after Shona Ramsey (Julia Goulding) sabotaged the street’s connection.

“Have you tried turning it off and on again?” Daisy asked and Ryan quipped: “Yes.”

“Well have you tried turning me on and off again?” Daisy joked.

“Look we can’t take contactless payments without the pub hub,” he hit back. 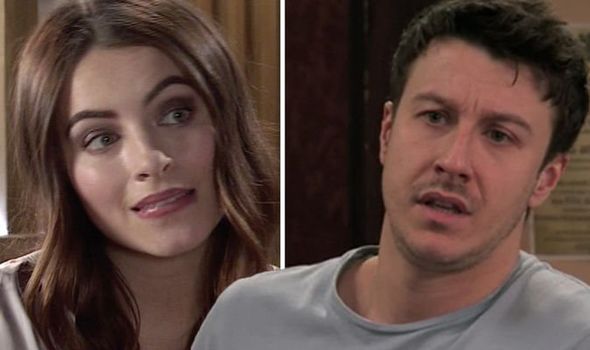 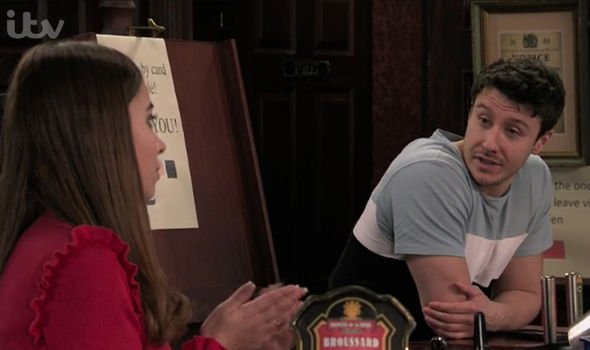 “And I can’t buy new shoes in the biggest online sale this month so let’s get this in perspective,” the newcomer remarked.

“There’s no signal,” Ryan said. “You could use your phone.”

“Well I said we should get an IT professional, just because someone’s got a flash phone doesn’t mean you know the first thing about tech,” she swiped.

“I can’t fix the router if the phone line is down,” Ryan explained. 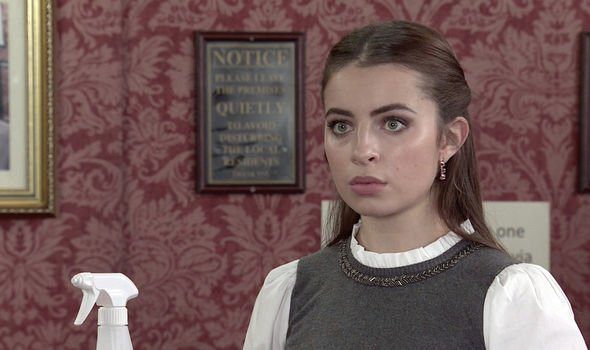 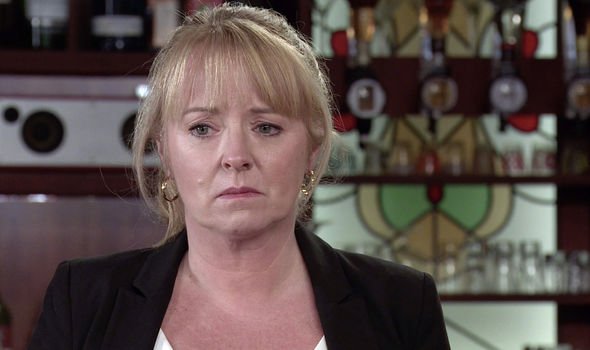 “Jenny is going to be so mad at you she was waiting on a call from Johnny her only contact from her estranged husband his only contact with the outside world,” Daisy warned.

“Alright I will call our service provider,” Ryan conceded.

On the bar, Ryan revealed he was looking forward to going home and having dinner with girlfriend Alya.

“Rub it in why don’t you desperate Daisy destined to die alone and unloved,” the troublesome barmaid said.

“Give over, look at you you’re gorgeous,” Ryan said. “On the other hand it is possible to be too gorgeous everyone just assumes you must be with someone or they’re too intimidated to make a move.”

“I don’t wait for a move if I like what I see I make a move. Problem is there is a shortage of fit blokes around here, present company excluded,” Daisy remarked. “I’ll tell you what it’s no wonder Jenny is daft enough to stand by cheating jailbird Johnny there’s no other decent options available.”

Jenny overheard her stepdaughter’s comment and was furious but softened when Daisy explained she was worried about her.

“Everything alright?” Ryan asked when Daisy returned to the bar and she replied: “I think I managed to smooth things over. Did I miss anything?”

“It was all kicking off,” he joked. “Wall to wall fit young blokes think it might have been a football team.”

Daisy commented: “You’re not funny I know you think you’re funny but you’re not.”

The newcomer has made it clear she wants to find love on the cobbles and could set her sights on sabotaging Ryan’s relationship with Alya.

Will the Rovers Return barman develop feelings for Daisy as the co-workers grow closer together?