Yasmeen (played by Shelley King) is taking centre stage in a harrowing coercive control storyline as Geoff (Ian Bartholomew) subtly takes hold of her life on Coronation Street. As the character suffering the abuse, the plot will likely see the pensioner try and seek justice as her partner’s true colours are exposed on the ITV soap. However, could the damage have been already been done as the sinister menace walks away scot free?

Viewers have seen Yasmeen become a shell of her former self, with Geoff belittling her at every chance he can get.

The controlling character has implemented CCTV cameras into the Nazir family home, as well as managing his lover’s finances following a robbery he set up.

Recent scenes on the soap have seen the grandfather step his game even further when he saw a chance to get his hands on something he knows his victim holds dear.

With grandson Zeedan Nazir (Qasim Akhtar) seeling his majority share in the Speed Daal restaurant, the grandmother told her grand-daughter Alya Nazir (Sair Khan) her partner wanted to become a partner in the business. 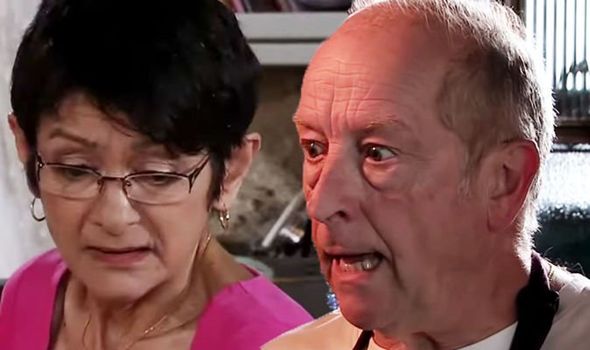 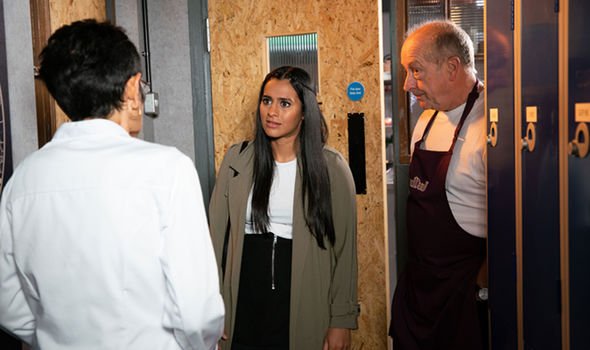 Although the ruthless businesswoman was highly opposed to the idea, it’s likely Geoff won’t stop at anything to get his hands on the restaurant, which gives his victim a substantial amount of her financial income.

As he’s told Yasmeen they could buy into the business together, this is where the pensioner could put her future justice case in jeopardy.

Signing her name to the business leaves the Speed Daal chef in a vulnerable position as there is evidence she is tied into a contract with her abusive partner.

Believing she is making the business venture of her own mind, there is no way Yasmeen would be able to prove her partner was actually playing mind games and manipulated her. 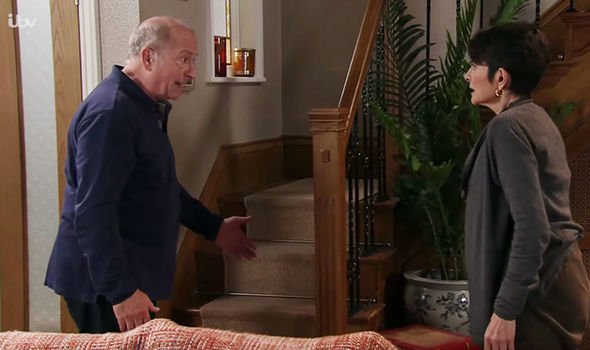 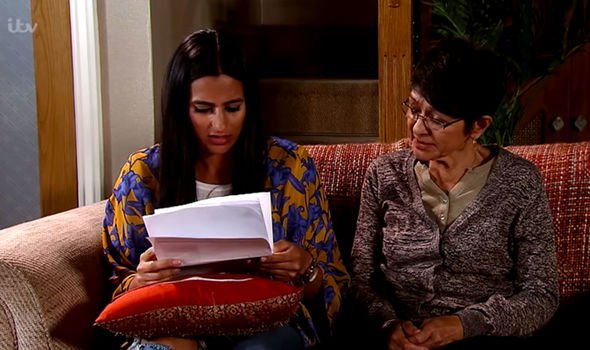 if Yasmeen signs documentation they are her personal liability

“Financial abuse is a mechanism of control and something which the courts, family lawyers and all organisations working with those who are victims see frequently,” Kaleel explained.

Adding how Yasmeen’s difficulties could arise, the solicitor said: “The court can assist in civil and family law matters but ultimately if Yasmeen signs documentation such as loan agreements they are her personal liability. “

Having signed documentation to be a partner in the business and attempting to bolster Geoff out as his true colours are exposed, the alleger could have no case to uphold.

“This situation can be very dangerous as the legal effect can be limited to the victim and catastrophic for someone who is being financially abused,” Kaleel continued.

With no evidence of what Geoff has being doing to her, could Yasmeen see her abuser granted freedom as his control intensifies?

It’s not yet been confirmed if the menacing character will get his hands on the restaurant, but he may have to work on Alya in the first instance.

Having been dubious of his questionable behaviour in the past, could the businesswoman deliver a blow to her grandmother’s abuser?

Could her defiance be due to the youngster seeing right through Geoff’s manipulation and fearing Yasmeen won’t be able to get herself out a horrific ordeal?

As the sinister pensioner takes hold of his partner’s life, she could be at risk of not only loosing her business, she could see more taken from her.

“My clients will often mention how horrifying and difficult it can be to speak up to the perpetrator,” Kaleel said.

“Not doing so can lead to not only losing what you currently have but also a huge personal financial liability for the future.”

Can Yasmeen break from Geoff’s hold before it’s too late?