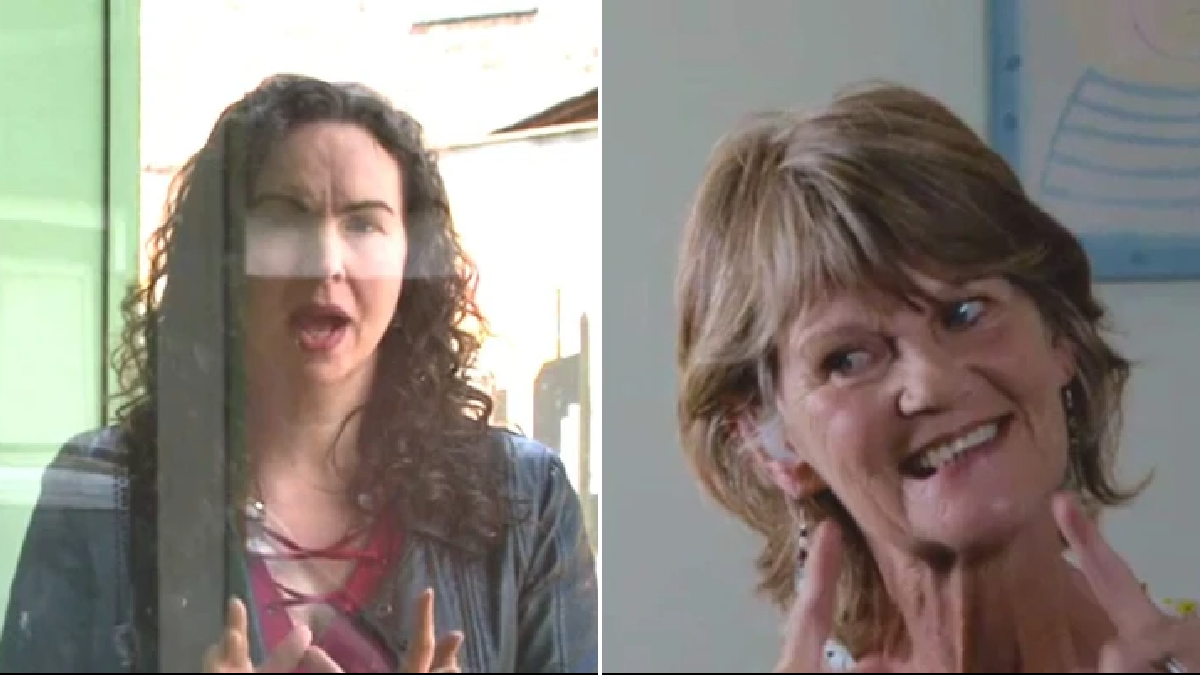 George (Tony Maudsley) has struggled to communicate with Freda, often speaking loudly in a conversation, Mary (Patti Clare) has delayed booking an interpreter for the funeral, and Freda has also disagreed with Chesney (Sam Aston) and Gemma’s (Dolly-Rose Campbell) decision to have a cochlear implant operation for young Aled.

Freda’s stresses continued in tonight’s episode, starting with not being able to see Norris before the funeral.

George explained to Freda that Todd (Gareth Pierce) had left her a message, but as it was a voice message, Freda’s frustration grew over George not considering she wouldn’t be able to hear it.

A grieving Freda took Aled to Victoria Garden, where she was joined by her friends.

In powerful scenes, viewers watched as Freda, her friend, Charlie, and the interpreter, Lisa, communicated through lip-reading and BSL.

Later on in the episode, convinced Aled’s cochlear implant was a bad idea, Freda took the young lad to the community centre.

Panic ensued for Gemma and Bernie (Jane Hazlegrove) as they both struggled to get through to Freda.

With help from Freda’s interpreter, Gemma, Bernie and Roy (David Neilson) were able to see just how strongly Freda felt about the negative sides of having a cochlear implant.

Eventually, Rita (Barbara Knox) encouraged Freda to open the door and allow Gemma to get Aled back.

Seeing Freda on the cobbles more is a brilliant decision, and in two half hour episodes, Coronation Street did an outstanding job of highlighting a variety of the problems a deaf person faces everyday.