Dan Walker, 43, and Sally, 49, were on hand to bring viewers the latest headlines from across the globe as a new week began. However, BBC Breakfast fans would have noticed that like last week, Louise, 52, was missing from the proceedings and therefore, that’s why the BBC sports journalist took on the main presenting role. Though, it wasn’t long before Sally was being put in her place by the father-of-three as he wasn’t impressed with her antics. 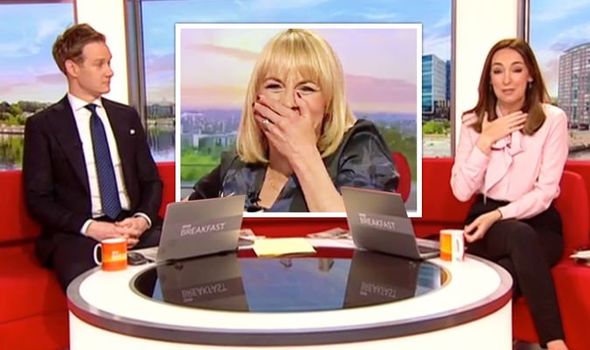 After the regional news had aired at the top of the show, Sally had the duty of welcoming viewers back to the main studio.

Unfortunately, she started coughing as between the break, it seems she had been eating her breakfast.

Commenting on her outburst, the sports journalist said: “Excuse me now I’ve got a porridge problem. I’ve been eating porridge.”