ABC’s Dancing With The Stars ended its 29th season Monday night delivering a 0.9 in the adults 18-49 demographic and 6.08 million viewers. Although it ticked down from the dancing competition’s Season 28 finale, it ticked up in the demo from last week to win Monday in primetime alongside The Voice and netted its largest audience in six weeks.

DWTS served as a solid lead-in for The Good Doctor (0.6, 4.40M), which also got a one-tenth boost from last week. While the numbers may be adjusted due to local NFL preemptions, for now the duo gave ABC the overall ratings win in early Nielsen Live+Same Day numbers. 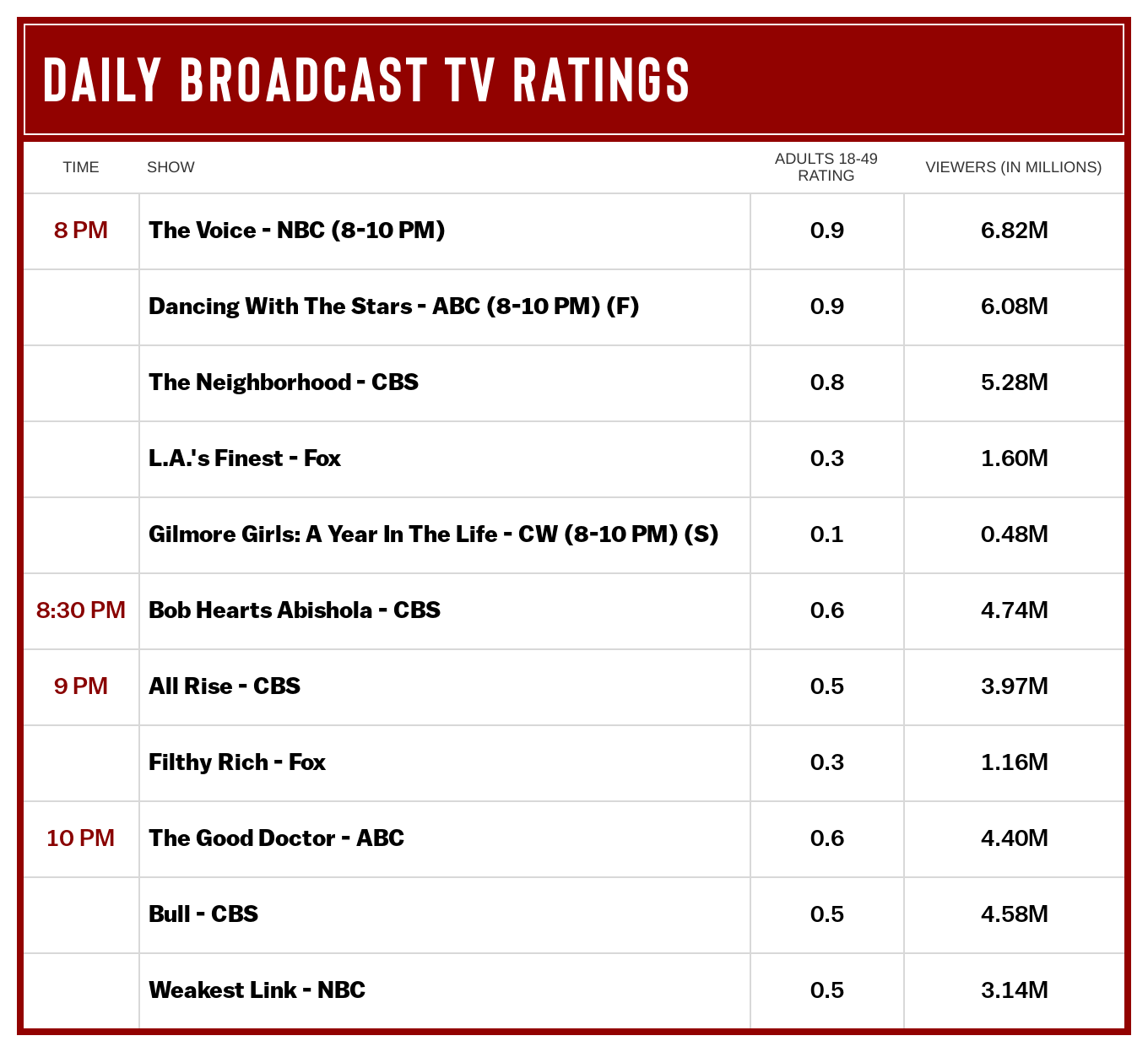