Death in Paradise season nine concluded earlier this year and BBC One viewers said goodbye to DI Jack Mooney (played by Ardal O’Hanlon) as he jetted off back to Blightly. Instead, DI Neville Parker (Ralf Little) took his place at the police station and helped investigate his first ever murder on the Island of Saint Marie. While the show takes a break from the channel, viewers have been catching up with old episodes and during one from season two of the hit BBC drama, they noticed an error.

This murder took place way before Jack and Ralf were on the scene, in fact, Richard Poole (Ben Miller) the first detective inspector was in charge.

He and his team were baffled by apparent suicide at a plastic surgery clinic, and it was his job to find out how Valerie Dupree was killed.

With a lack of evidence and motive, it was hard going, and those carefully watching at home noticed something didn’t add up with their findings.

“Valerie Dupree, her husband had left her for a younger woman so the staff think it is a simple case of suicide,” Commissioner Selwyn Patterson (Don Warrington) said. 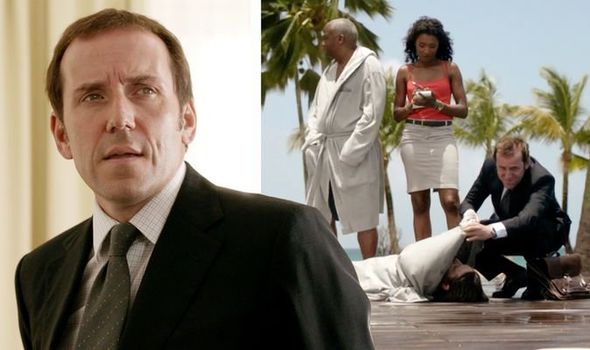 “Well, let’s not jump to conclusions,” DI Poole commented and the investigation began.

Back in the station, the pathologist report comes through and it explains how the most likely cause of death was suicide.

“No sign of trauma – apart from a recent surgery to the face thought to be cosmetic in nature.” 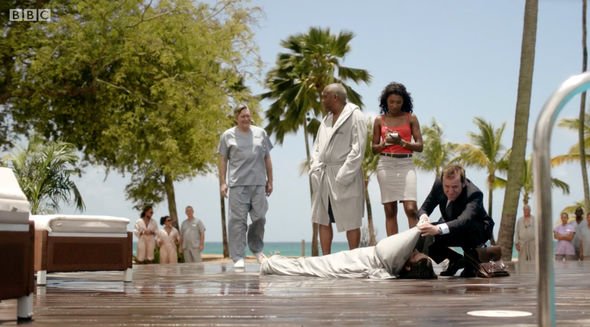 Towards the end of the episode, DI Poole wrapped the case up and said: “I called you all here because Valerie Dupree did not commit suicide.

“Every murder investigation has to focus on three things; mean, motive and opportunity. Usually those things all point to one person, however in this case, only one person seemed to have the opportunity.

“Valerie was killed by the most powerful toxin known to man – a substance this clinic uses everyday but which no lab would ever find unless they were looking for it,” DI Poole commented.

The detective then gave details of how exactly the victim ended up in a pool – she was moved on a trolley and then slid into the pool to make it look like she drowned herself. 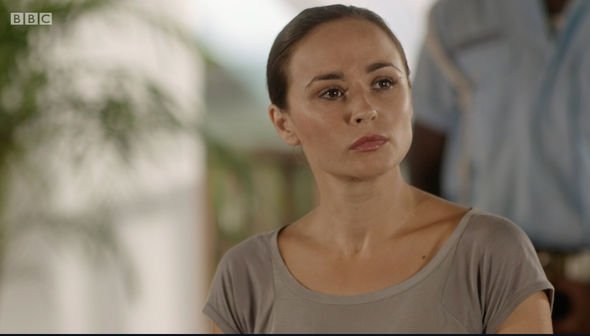 Taking to the online chat forum Reddit to discuss, someone posted: “Early in the episode when they are at the station, Fidel reads out the autopsy report, and clearly says she had chlorinated water in her lungs. i.e. she drowned.

“But at the end of the show, when Richard is explaining the murder, he says that she was injected with Botulinum toxin that immediately paralysed every muscle in her body, and her lungs, so she died in her own bed. Her body was then dumped in to the pool.

“So if her lungs stopped working, causing her to die in her bed, how was there any water in her lungs?” It continued.

The user then gave extra information: “Forensic pathology states that the presence of water in the lungs is a sign that the person was alive when they entered the water, and the absence of water indicates dry drowning or death before immersion. 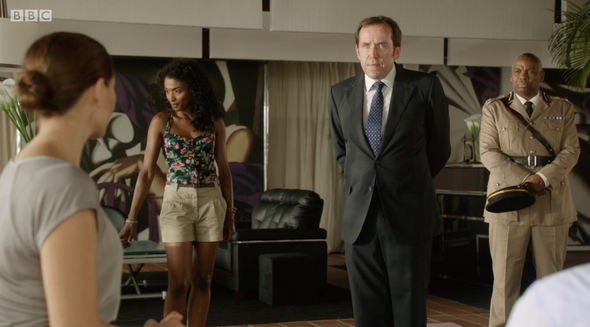 “For dry drowning they would still have to be alive at the time of immersion.”

Someone else replied with suggestion: “Well that’s a very good point. I assume the writer didn’t check, or assumed that the lungs would fill up with water if submerged.”

“Very good point! I always assumed the water had entered her lungs after death,” another added.

Death in Paradise is available to watch on the BBC iPlayer.