Commissioner Selwyn Patterson (played by Don Warrington) struggled to adjust to DI Neville Parker’s (Ralf Little) arrival in Saint Marie. However, the Commissioner could be forced to leave the island for good as Death in Paradise made a huge announcement about the 10th series.

Death in Paradise was forced to suspend filming earlier this year like so many other BBC shows.

Last month the BBC detective drama announced filming had resumed as the production team returned to film on location.

Fans who are eagerly waiting to find out what’s in store for their favourite characters could be left disappointed.

In a teaser for the tenth series, BBC revealed: “Selwyn’s frustrations with his new detective take a back seat when he finds himself in the firing line.”

Read more: Death in Paradise cast: Who guest stars in The Impossible Murder? 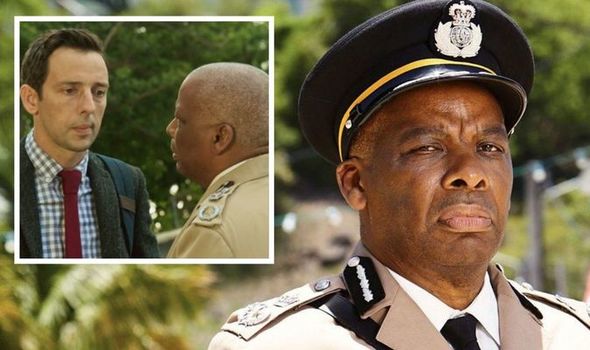 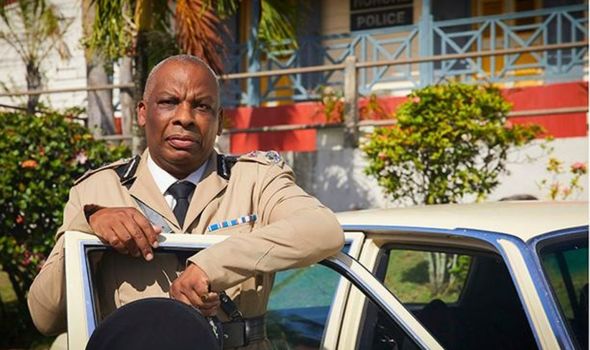 Viewers will remember Neville’s appointment as lead detective didn’t go down too well with Selwyn.

The new detective struggled to adapt to life on the island as his numerous allergies led to his colleagues wondering if he was being deliberately difficult.

Neville arrived on the island to solve a case he’d been in charge of in Manchester.

However, by the end of the series, he decided to stay as he realised he’d fallen in love with the island. 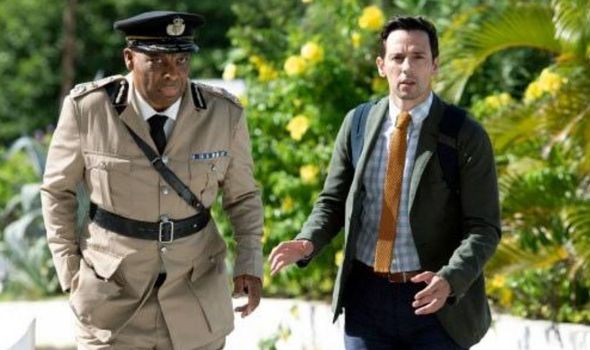 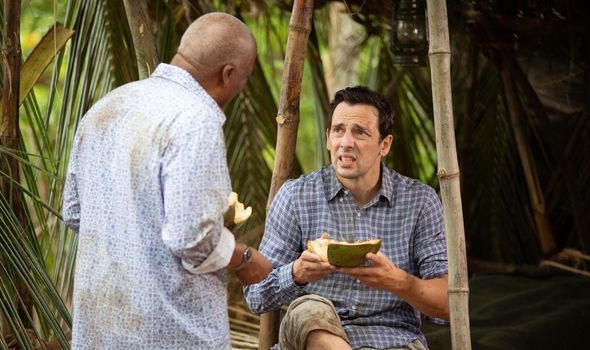 Despite his change of heart, the spoiler confirms the detective’s relationship with Selwyn will not instantly improve.

Could one of Neville’s cases lead to huge problems for Selwyn and throw a question mark over his future on the island?

Announcing the show’s return to filming, Executive Producer, Tim Key, said: “We are delighted to be able to start filming and can’t wait to celebrate our tenth series with our audience.

“It’s a joy to be working with Josephine Jobert again and we think the viewers will love watching her trying to get to grips with Neville.”

“And we are very happy to welcome Tahj Miles to the show,” she continued.

“Marlon is going to make real waves once he arrives in Saint Marie.

“We’ve got some real treats for our long-term viewers as the series progresses – including some major surprises and the possibility of another returning face or two.

“We are determined to make this our biggest and best series yet and can’t wait to take our viewers back to Saint Marie in 2021.”

Red Planet Pictures’ Joint Managing Director, Alex Jones, added: “Like every other production company, we have faced huge challenges to get to this point.

“So we are delighted to be up and running again and extremely grateful to everyone who has helped us get this far, not least the people of Deshaies and the region of Guadeloupe for their assistance.

“The safety of our cast and crew – as well as our friends in Guadeloupe – is the most important thing to us and our policies have been designed to protect everybody whilst still delivering an amazing series for our tenth year.”

Death In Paradise is available to watch on BBC iPlayer.