The film answers the question no one asked: “What if the scientists who brought the dead back to life were immature jerks?” 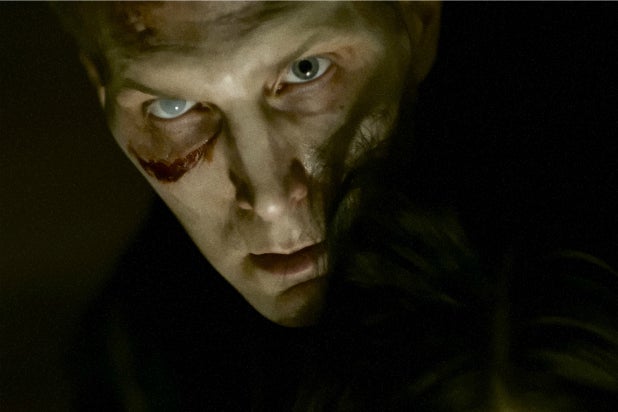 It’s been 201 years since Mary Shelley’s “Frankenstein” was originally published, without her name on it. That injustice was rectified a few years later, but it’s still happening today. “Depraved” doesn’t merely play off of the ideas and themes of Shelley’s groundbreaking novel; it adapts it fairly closely — albeit in the present day — and somehow the movie doesn’t even mention her in the credits. “Depraved” indeed.

The latest film from Larry Fessenden, directing his first feature since 2013’s “Beneath,” tells the story of an army medic who dreams of putting mutilated soldiers back together. Henry (David Call, “The Magicians”) teams up with — oh, these on-the-nose names! — Polidori (Joshua Leonard, “Unsane”), the heir to a pharmaceutical empire, to steal body parts and raise the dead. As you can imagine, Henry’s girlfriend Elizabeth (Ana Kayne) is highly skeptical.

But, shirking tradition, Fessenden’s screenplay doesn’t tell the “Frankenstein” story from the mad scientists’ perspectives. Not even at the beginning. His story begins with the poor sap whose brain they’re about to steal, then follows it into its new body, played by Alex Breaux (“Hustlers”). As the monster’s brain repairs and rewires itself, it gradually evolves from a walking corpse into a childlike state, into an adolescent conflicted by hormones, into a self-aware creature who understands the horror of his own existence.

“Depraved” is not a visually stunning adaptation of “Frankenstein.” You’ll find no expressionistic angles or nifty Jacob’s Ladders in the background. Fessenden’s raison d’être seems to have been to bring Shelley’s tale into the modern day, low-fidelity world, where super science takes place in loft apartments and raising the dead means, more than anything else, coming to terms with your feelings about fatherhood.

Unlike the original Victor Frankenstein, Henry (named after the movie version) sticks around with his progeny. Not so much because he loves him but because he’s stuck with him. He had a fling with necromancy, and now he’s got to deal with the consequences, even though they bring him little joy and lots of resentment, which the monster, Adam (even Henry admits the name is corny), can pick up on. Meanwhile, Polidori plays the part of Adam’s cool uncle who takes him to museums and strip clubs, while spouting smart-sounding nonsense in a never-ending power trip.

Henry and Polidori are, in Fessenden’s interpretation of the story, not geniuses. At least one of them is a great scientist, but psychologically they are, in any modern context, immature man-children. “Depraved” sucks a lot of the romanticism out of Shelley’s novel and replaces it with disappointed pity. If the film had gone beyond that, and really explored the depths of the inadequacy of these men who became, briefly, gods, “Depraved” could have been something special.

Instead, it’s a fairly rote retelling of a sci-fi/horror classic. Cinematographers James Siewert (“The Ranger”) and Chris Skotchdopole give the film a distinctive contemporary look, with superimposed digital effects and an emphasis on the mundanity of the setting, but it doesn’t challenge our perspective on the material. Then again, very little about “Depraved” does affect our perspective. The film moves Shelley’s story two centuries into the future, and all it’s got to add is that the guys who robbed graves and played god would, if they were alive today, be immature jerks.

How dumb are they? By the end of the film they’re literally name-checking “Frankenstein” and the original James Whale films, that’s how daft and redundant their story is. This is not a world in which “Frankenstein” did not exist, so how the heck were Henry and Polidori so completely unprepared for anything — or rather, damn near everything — in Shelley’s book to happen? Are they an altogether new breed of stupid?

As frustrating as “Depraved” can be, it begins rather beautifully. Breaux brings a rare elegance to the monster, evoking (without copying) the haunted theatricality of Karloff and the rich inner world of De Niro. His early scenes with Call, alone in an apartment, struggling to assemble blocks and playing ping-pong with his new dad, are filled with complex character work, as disappointments and frustrations and vulnerabilities are revealed. Their relationship is, for half the film, more than enough to captivate.

But then “Depraved” reminds us, in dialogue, for the umpteenth time, that this is a story about fatherhood and how young men aren’t prepared for real responsibility. It hardly needs to be addressed the once, but when the characters are still harping on about it in the final act, it becomes clear that Fessenden’s film has nothing left to offer.

It’s got at least one excellent performance, but as a whole it contributes little to the “Frankenstein” tradition, other than a reminder that this has all been done before, mostly better, with more nuance and excitement. James Whale brought the theatricality and subversion, Paul Morrissey brought the sensual gore, Kenneth Branagh brought the melodramatic ego, and Larry Fessenden brings immature jerks.