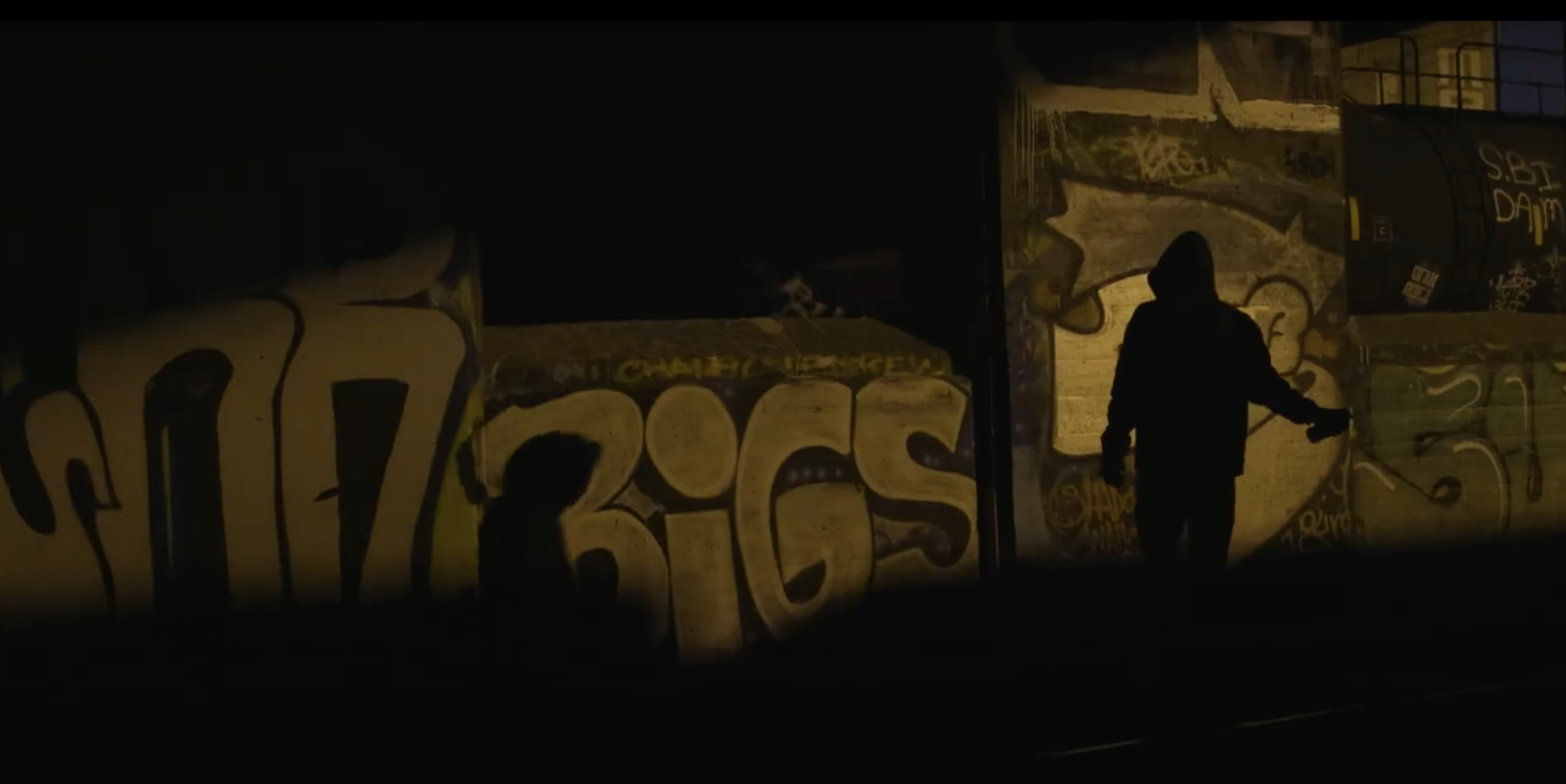 Once brushed aside – even deemed criminal – graffiti has since paved the way for many successful, credible artists today. With Duality, these street artists– some for the first time, some maintaining a strict code of anonymity – discuss their journeys from “tagging” to becoming respected icons in the cities they serve with pieces that are awe-inspiring in scope, size and complexity. They have collectively proven that their genre of art is something that can influence culture, evoke emotion, inspire, and cultivate community. Their rise has not been without challenges and criticism but today they are admired by throngs of fans and oftentimes the art they produce brings in revenue for household brands and worldwide corporations. No longer relegated to back alleys, their works can be found on main streets, on the faces of landmark buildings and in fine art galleries.

In addition to directing, Dowling sereved as the cinematographer. Lucy Soja produced and the Executive Producers are Justin Miller, Brandon Miller, Nikki Stier Justice, Grady Justice, Luke Taylor and Matthew Helderman. Nikki Stier Justice of Buffalo 8 negotatied the deal for North American rights with Dowling on behalf of his team.

EXCLUSIVE: Indican has acquired the rights to the upcoming release of documentary Life & Life, the poignant film following Reggie Austin as he tries to redeem his life following a murder conviction 40 years ago. The film will have a limited theatrical run, starting in LA on 10/14, followed by a home entertainment release in February 2023. 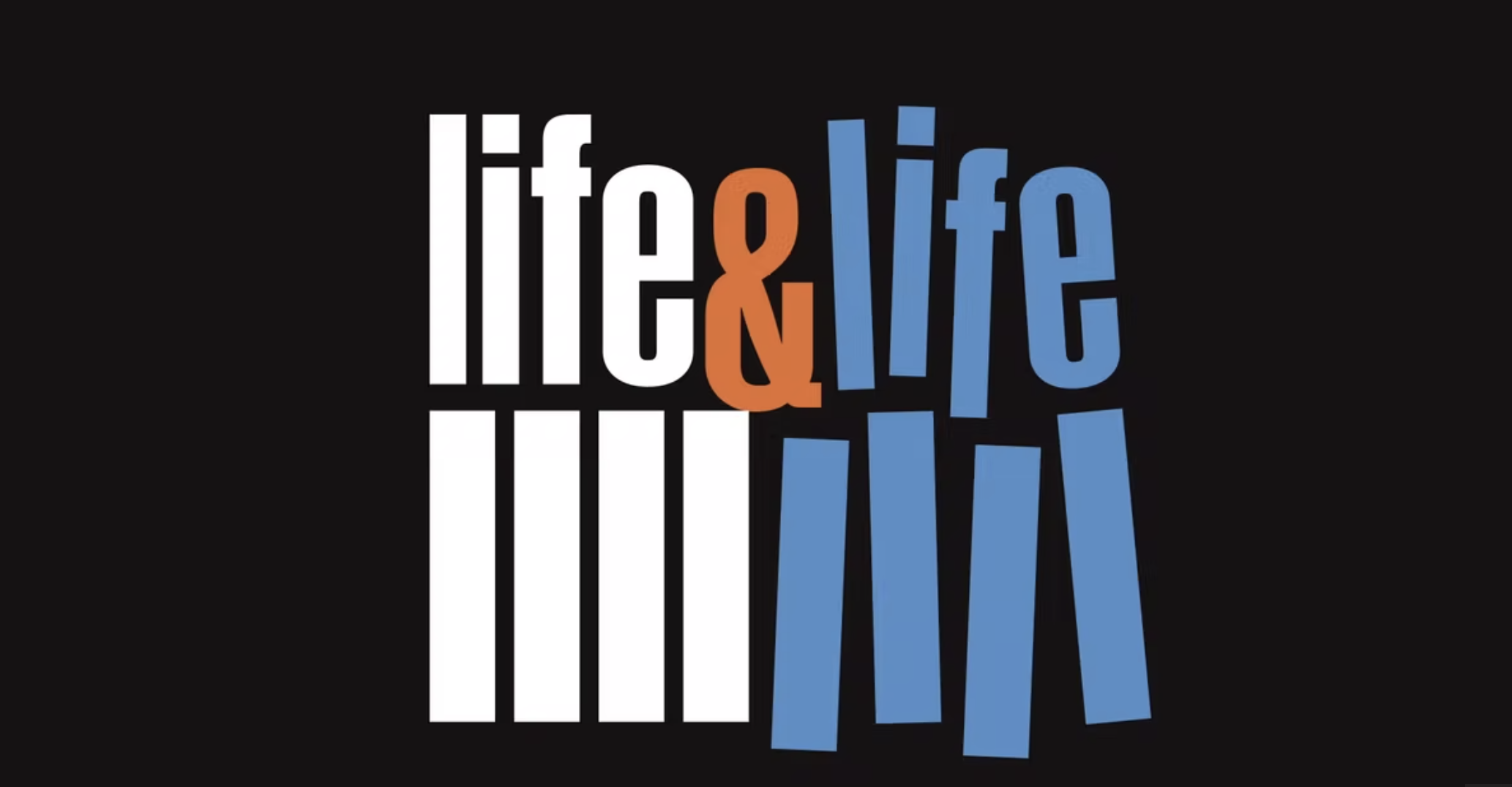 Life & Life tracks the journey that musician Reggie Austin takes to redeem his life following a murder conviction 40 years ago. With surprising honesty and depth, the film looks at Austin’s effect on his fellow inmates and his efforts to reconnect with his family, as well as questioning parole and sentencing practices through his story. Ultimately, the film reveals the steep and dangerous hill ex-prisoners must climb upon release to free themselves and create a positive future. Life & Life is a story of the struggle for redemption and hope against near impossible odds, accompanied by a soundtrack that comes straight from Austin’s heart. 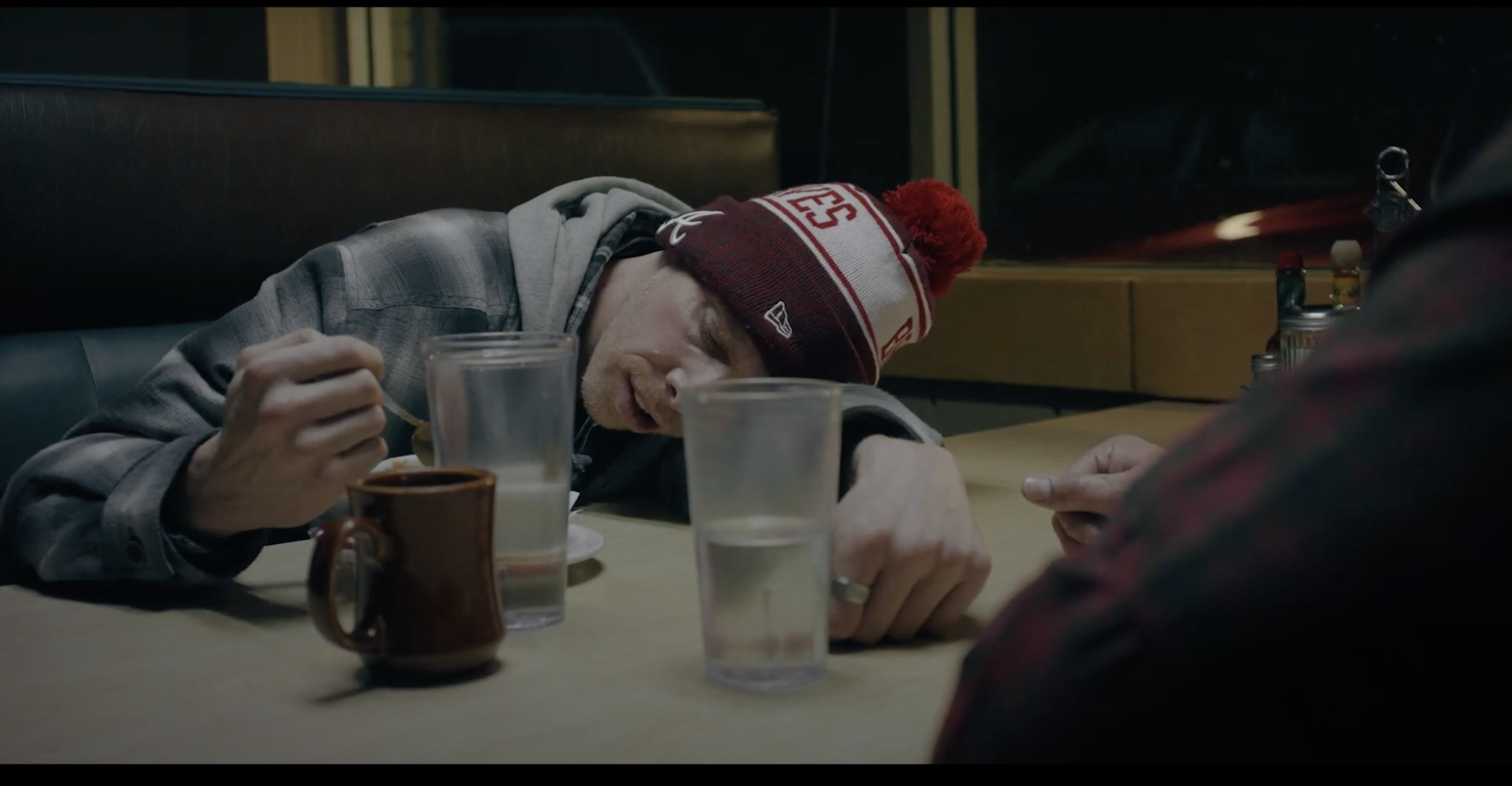 “This is a dream come true,” said Grabow. “A leap of faith for sure. I sold my condo, basically my life savings, to finance this project, because I believed in it so much. And to sign a deal with Nova Vento, I don’t know… I may or may not have been jumping up around my place after we signed. It’s life changing.” 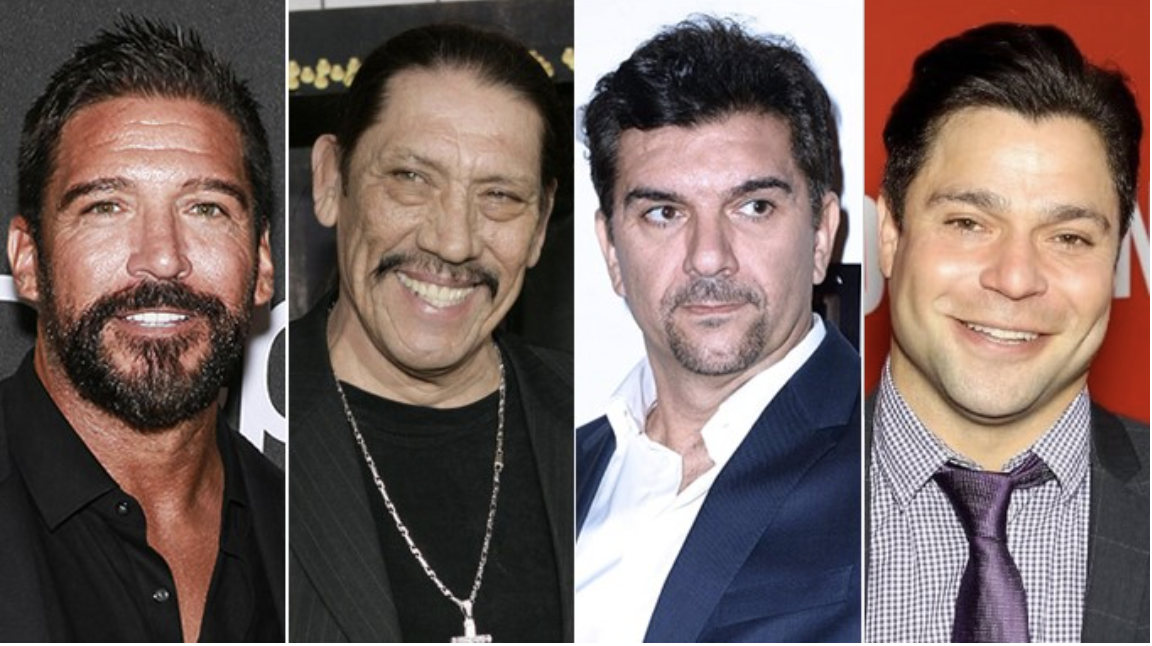 The film is produced by 333 Pictures, and Boatyard Productions.

Sumpter plays Cohen Black, a man who becomes a suspect in a serial murder case after waking from a coma with no recollection of who he is. The film also stars Lochlyn Munro (Riverdale), Taryn Manning (Orange is the New Black), Kyler Fisher, Nick de Graffenreid, Matt Fahey, Pardis Saremi, and Madison Bontempo. 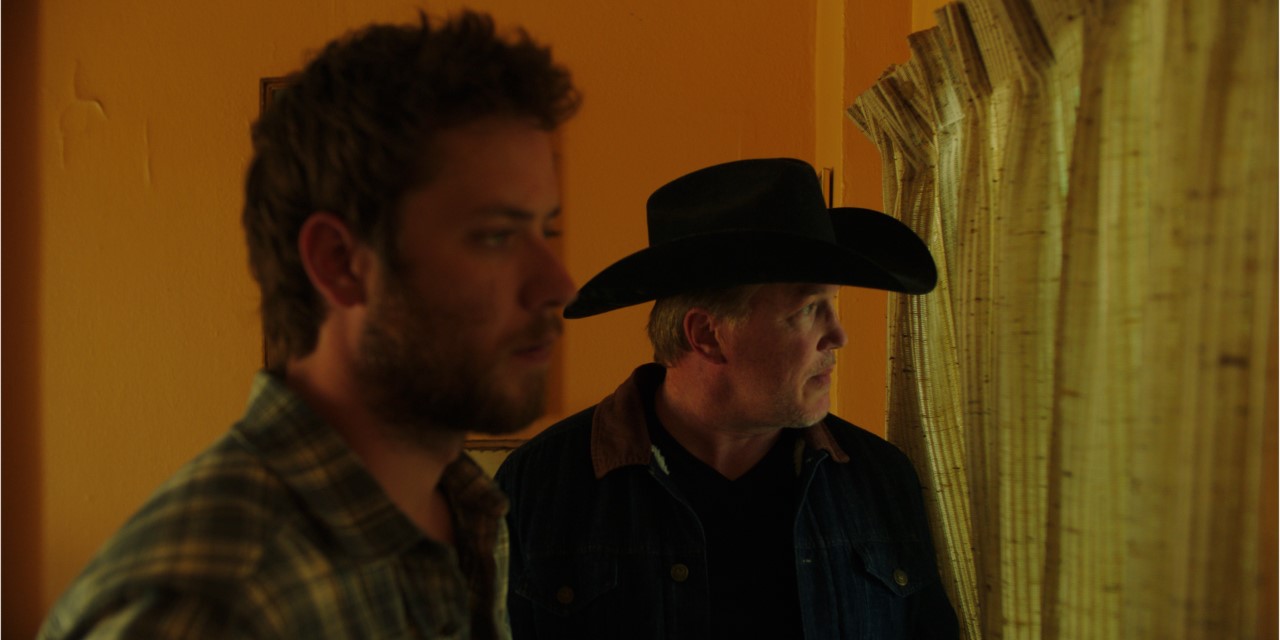 Addict Named Hal tells the story of a young woman named Amy who is furious at her mother for sending her to a halfway house for doing what she thinks every college kid does – get drunk at parties. But after totaling two cars and endangering her friend’s life, something has to change. In spite of her apprehension, Amy quickly bonds with the other residents – especially Hal, a heroin addict returning to the house from jail. Amy decides to give recovery a try and enjoys her new sense of community – from silly fights to heartfelt reconciliations, along with overdoses and visits from the police. But soon enough, Amy must face the reality that her drinking won’t just disappear, and she may have a bigger problem than she thought. But now, her addiction doesn’t just jeopardize her – it puts everyone in the house in danger. A film exploring the everyday struggles, joys, and horrors of getting clean.

“Addict Named Hal is a love letter to the community of recovery that saved my life when I first got sober after my fiancé died suddenly from a heart attack,” said filmmaker Lane Michael Stanley. “I now have six years sober, and can’t wait to share this urgent story with audiences through our wonderful partner, Freestyle Digital Media.”

“I first read Lane Michael Stanley’s play Addict Named Hal, and knew it was well-suited for adaptation to film,” said producer Lowell Blank.  “Making the movie has been a labor of love and having Freestyle Digital Media behind its release is a dream come true.”

Best described as Brick meets Gone Baby Gone, Find Her follows an ex-cop who arrives in a small town searching for answers to a murdered ranch owner and his missing daughter. It slowly becomes clear he has his own personal agenda to finding the truth.

“Finding a good noir film is rare, and what is extremely rare, is finding one that delivers the intrigue, mystery, production esthetic and classic acting we’ve grown to expect, said Kyle Kaczmarek, CEO and managing director of KDMG, Inc.

“This film delivers and is a perfect fit for KDMG’s family of titles. We are excited about its release and bringing it to audiences.” “Nick’s film is a classic neo-noir that we’re very proud of,” stated filmmaker Stelio Savante. “We’re excited that KDMG is bringing ‘Find Her’ to fans of thrillers and to film audiences all over the world.”

EXCLUSIVE: An exclusive clip is available for the documentary Wonderfully Made — LGBTQ+R(eligion). The film strikes at the root of anti-LGBTQ attitudes by exploring the challenges and aspirations of LGBTQ+ Catholics.

Wonderfully Made — focuses on the Catholic Church, as one of the largest religious organizations in the world with its anti-LGBTQ+ stance, has been a source of pain for so many of its followers. The film shines a penetrating light on the Churches ostracizing teaching, while remaining respectful of those of faith. It features interviews with leading advocates of LGBTQ+ Catholics, including a pioneering nun, two prominent priests (one of whom is openly gay), and a former U.S. Ambassador to the Vatican. The narrative of the film is shaped by the process of a fine art project creating unprecedented, photographic iconography depicting Jesus as a member/ally of the LGBTQ+ community, portrayed by multiple LGBTQ+ models of diverse ethnicities, genders, races, sexualities, and identities.