EastEnders fans were left baffled after last night’s instalment of the BBC soap, when a key storyline seemed to have been brushed under the carpet. Rainie Cross (played by Tanya Franks) and her beau Stuart Highway (Ricky Champ) finally tied the knot in a ceremony that didn’t exactly go to plan, but there was an added bonus – she revealed she’s pregnant with his child.

While the characters were over the moon as they embarked on the next chapter of their lives together as husband and wife and soon-to-be parents, some viewers pointed out that she couldn’t possibly be pregnant due to the fact Rainie was revealed to be infertile in previous episodes.

During the show, viewers aired their views on Twitter, to see if likeminded fans were just as confused.

“As much as I love Stuart and Rainie, I’m annoyed they forgot she’s infertile. #eastenders,” one complained. 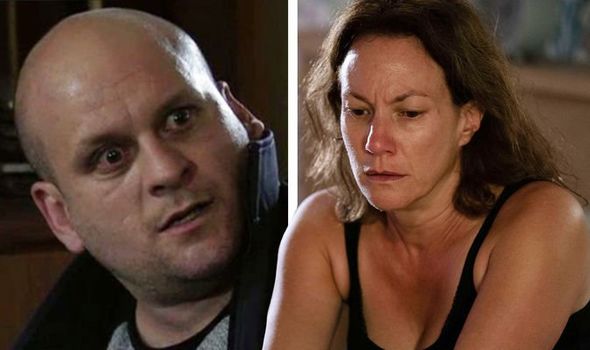 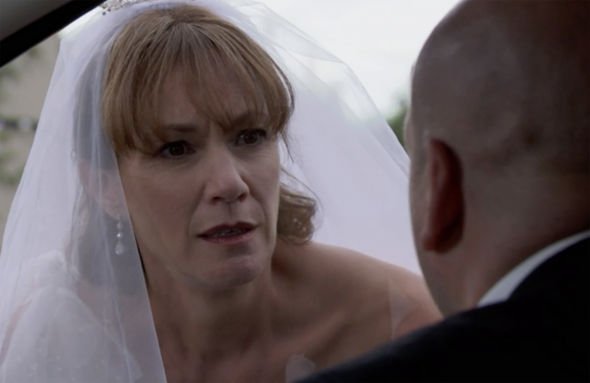 “Rainie’s pregnant?! That’s such great news! (although I thought she was infertile?),” questioned a third.

Others took to Reddit to have a more in-depth debate about how producers could have forgotten this huge plot.

“I thought she was supposed to be infertile, hence her obsession with baby Abi?” one fan said, referring to her fraudulent wedding to Max Branning (Jake Wood) to ensure they gained custody of his granddaughter.

They also noted that infertility combined with her previous addition to drugs makes the situation seem “ridiculous”. 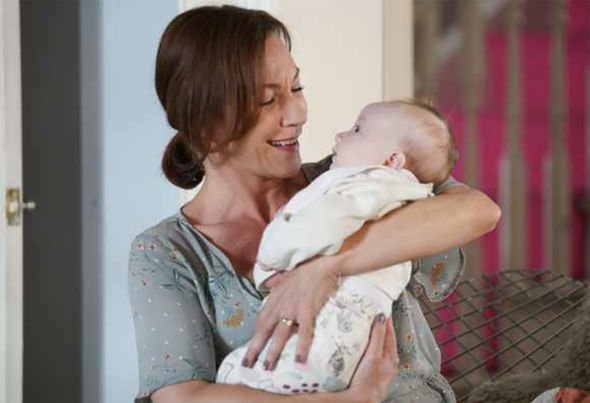 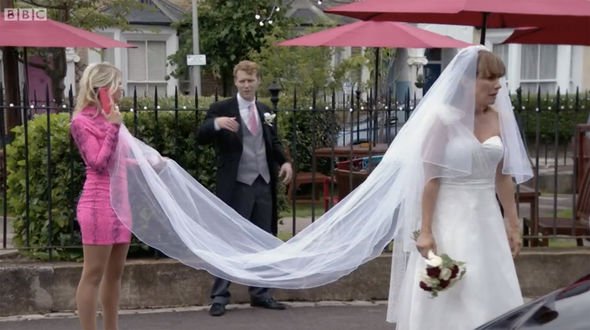 The fan also added: “Whatever you think of Stuart and Rainie as a couple, they would be b****y awful parents. Poor kid.”

Another fan saw both sides of the argument, and used their own family as an example.

“She was infertile (or at least believed she was), it isn’t uncommon for women to be told they can’t have children and then get pregnant,” they reasoned.

“Then again the amount of abuse she’s put her body through over the years makes this more unrealistic as well as her age.”

Either way, it looks like this is happening, although some believe it won’t end well for the couple as they are always destined for trouble – take their wedding for example, if getting locked in a hearse and having to say their nuptials through the window wasn’t a sign, we don’t know what is!

Elsewhere, some viewers also vented their frustrations about Ben Mitchell (Max Bowden) and Callum Highway’s (Tony Clay) on-going storyline and called for producers to give more airtime to other characters instead.

With many sharing the same sentiment that the drama in their relationship is very “repetitive”, some have suggested to “give them a break”.

“It feels like they have been in every episode since the show returned (and before that as well),” one said.

“I just find their endless scenes incredibly boring and tedious. I get they are popular but there are several characters that don’t seem to get a fraction of the airtime these two get.”

Someone else agreed: “I know what you mean. I wouldn’t mind it if it was interesting cos I do enjoy them as a couple and their dynamic but it’s all quite repetitive to me.”(sic)

A third added: “I get that they’re priming Ben to be the next Phil and all that, but this is getting to be constant, you’re right. I’d probably be more invested if I saw them less.”

EastEnders continues tonight at 7:35pm on BBC One.