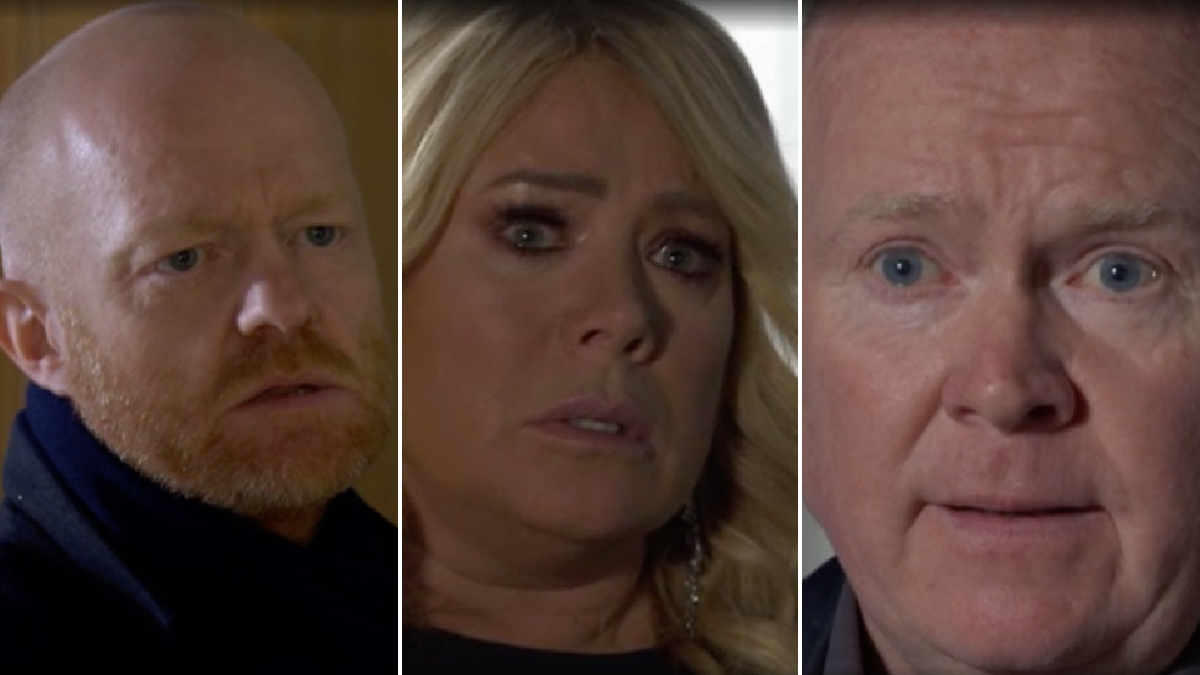 Sharon Watts (Letitia Dean) was left in tears in EastEnders tonight (February 15), as she realised she could be about to lose the Queen Vic, mere days after finally securing ownership of the iconic pub.

Naively believing that Linda Carter (Kellie Bright) chose Mick (Danny Dyer) over him out of guilt — as opposed to, you know, the fact that Mick is her soulmate — Max saw an opportunity to try and get what he wanted.

Therefore, he headed round to Phil’s and proceeded to blackmail him — demanding that he get The Queen Vic signed over to Mick within 24 hours, or he’ll take the USB stick to the police.

Max believes that getting the pub back in Mick’s hands will allow Linda to feel less guilty, and he hopes that when Mick is back behind the bar, Linda will fall into his arms.

He evidently doesn’t know Linda at all.

Meanwhile, Phil confronted Sharon and revealed what Max was up to.

Sharon was heartbroken at the thought of losing the Queen Vic, but will she surrender the pub of her dreams to save Phil from prison?

EastEnders continues Thursday February 18 at 7:35pm on BBC One.