Eastenders’ Honey Mitchell (played by Emma Barton) left viewers worried that she could secretly be developed an eating disorder after discovering fiancé Adam Bateman (Stephen Rahman-Hughes) and Habiba Ahmed’s (Rukku Nahar) affair. Could bosses be lining up a difficult storyline as she deals with the fall out from Adam’s affair?

In last nights’ episode, it was revealed that Mariam Ahmed (Indira Joshi) had been robbed and was worried about leaving the house.

Concerned, Adam asked Habiba how she didn’t notice something was wrong with her grandmother.

Honey suggested having a meal for Mariam to cheer her up but with Adam held up, things were awkward as Honey and Habiba were left to prepare the food.

Habiba soon turned the conversation onto Adam, who she eventually ended her affair with. 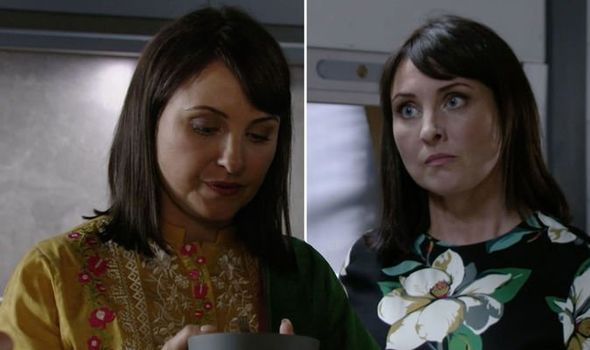 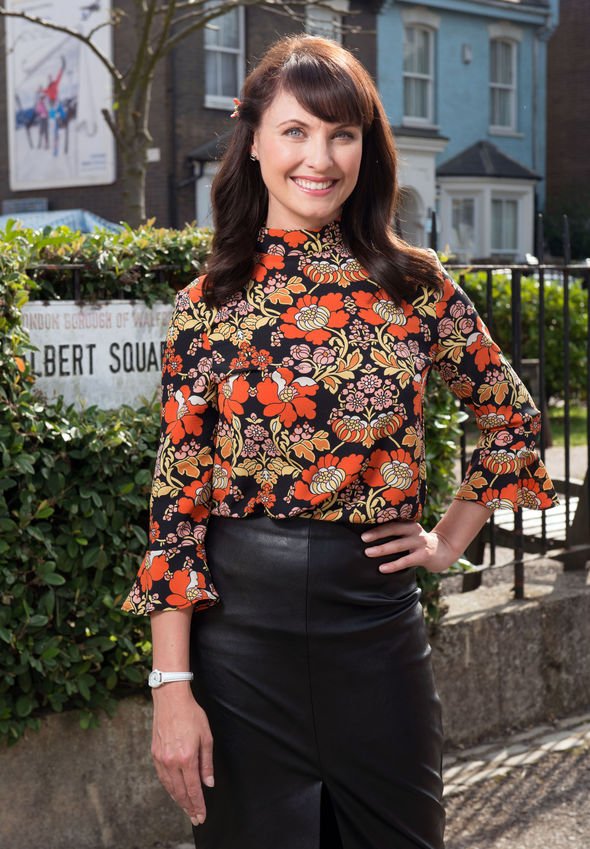 Honey tried to ignore the warnings about her fiancé but snapped when Habiba disclosed Adam’s plans for her at Christmas telling her that she had been through a lot in her life and her children came first.

With poor Honey sticking to her guns believing Adam could change, fans were left feeling sorry for the mum of two.

Later at the meal, Adam pointed out that Honey had barely eaten and when Mariam offered the Mini Mart shopkeeper food, she said she was full.

Fans noticed that she was struggling to eat anything and Adam also picked up on her lack of appetite. 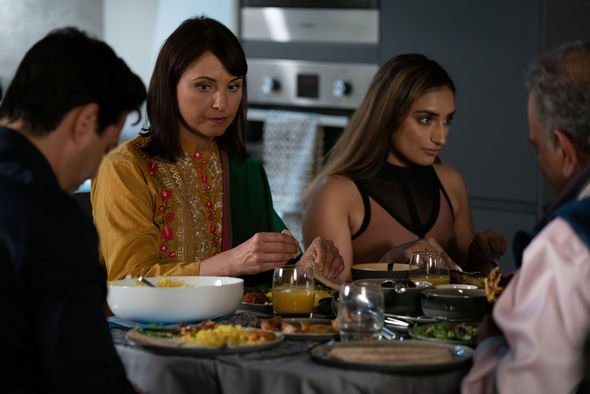 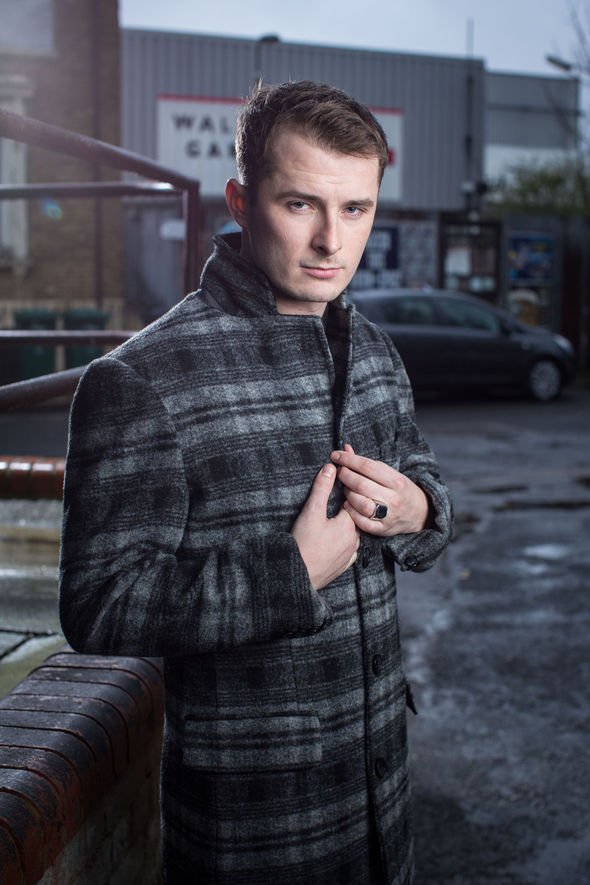 Honey’s anxiety showed its face later when Adam answered his phone leaving her wondering who was on the other end of the line.

She reluctantly ate when Mariam got her to try some food but she quickly excused herself and escaped to the toilet.

When she returned, Adam noticed that she had brushed her teeth which she covered up, prompting viewers to speculate that she could be suffering from an eating disorder.

Fans voiced their fears after last night’s episode of the BBC soap, taking to Twitter to speculate about the storyline.

One tweeted: “Are they starting an eating disorder storyline with Honey?”

“Honey making her self sick she needs to dump Adam NOW,” a second user commented.

Elsewhere on the Square Lola Pearce (Danielle Harold) was kidnapped and driven out of Walford in the back of a van as part of a frightening plot surrounding Ben Mitchell (Max Bowden).

Never short of drama, the Mitchell son has found himself in trouble once again in a revenge plot involving newbies, the Panesar brothers.

Lola does her best to fight off Jags Panesar (Amar Adatia) as he picks her up and chucks her in the back of his van amid an ongoing feud between his family and Ben.

She is horrified after Ben revealed he’d stolen Jags and his brother Kheerat’s (Jaz Deo) car and couldn’t find the money to reimburse them.

The Panesars let Lola go but will the brothers come back for her and daughter Lexi?

Or will Ben find the money to pay the brothers back in time?

Eastenders continues tomorrow at 7:30pm on BBC One.

For confidential support about eating disorders contact Beat on 0808 801 0677.