Iqra (played by Priya Davdra) has been struggling since her sister Habiba Ahmed (Rukku Nahar) left EastEnders last year as the latter was furious her boyfriend Jags Panesar (Amar Adatia) had been sent to prison. Since then, she has grown distant from her own girlfriend Ash Panesar (Gurlaine Kaur Garcha), who seems to have taken a liking to Peter Beale (Dayle Hudson) in recent scenes on the BBC soap. However, when Iqra discovers just how her sibling’s partner ended up behind bars, it seems the Panesar family could go to extreme lengths to make sure their secret remains harboured.

The drama begins next week when Iqra tells her girlfriend Habiba is pregnant with Jags’ baby, but Ash doesn’t share her excitement.

Feeling guilty for playing a part in her brother’s fate, the young doctor goes to speak with her conniving mother, Suki Panesar (Balvinder Sopal).

With the feisty matriarch having framed her own son for the attack on Martin Fowler (James Bye) last year, she couldn’t care less whether Jags is going to be a father.

Unfortunately, this leads to a war of words between the mother and daughter and as a result, Ash tells Iqra why her brother is behind bars.

Habiba’s sister is disgusted by the discovery and ends her relationship with her girlfriend immediately, but is she now in grave danger? 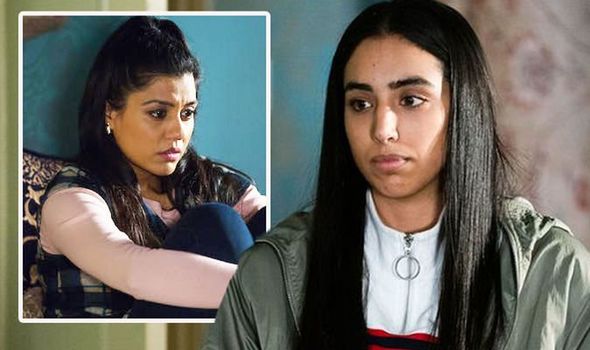 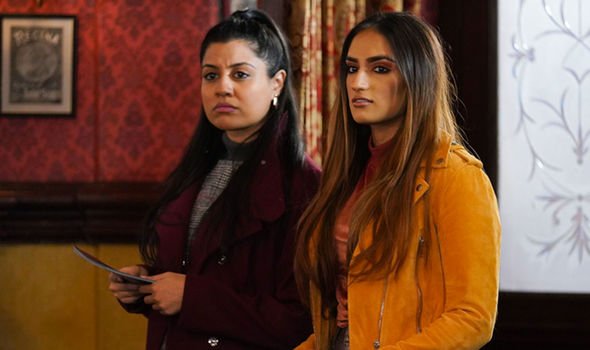 Suki is not one to let sleeping dogs lie, so will she order Iqra to be killed as she knows too much about Jags’ imprisonment?

With all her family on the Square gone and with no relationship to uphold, this storyline twist could mark an exit for the character.

If she does manage to avoid being killed off by the brutish matriarch, she could very well leave to go and live with Habiba.

Knowing her sister doesn’t have anyone else to support her, Iqra could decide she will raise the baby with her sibling. 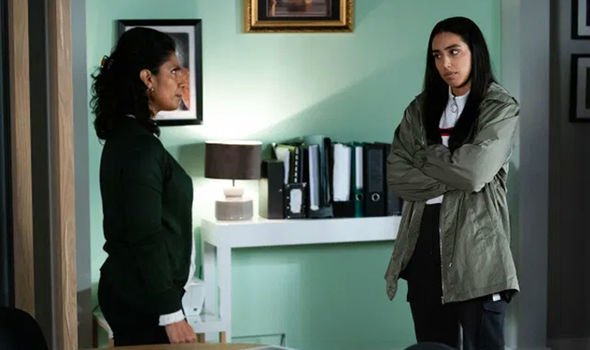 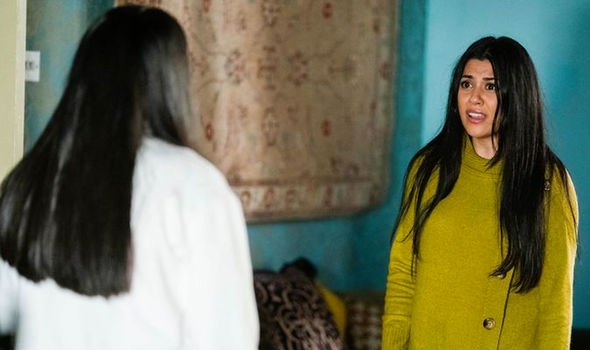 It’s not yet been revealed if the character is going to leave but Habiba’s exit was kept under wraps until transmission.

In the meantime, the actress who plays Ash, Gurlaine, has spoken out about whether there is a future for her character and heartthrob Peter.

The soap actress said of her alter-ego’s motives for getting closer to the young man: “Maybe Ash is using him to distract herself from what’s going on.

“She’s lied and has problems in her relationship so it’s more of a fun distraction for her,” the weeknight serial drama star continued.

Taking to Twitter after noticing sparks between Ash and Peter, fans have been hoping this isn’t the beginning of the end for Iqra.

One viewer wrote: “I hope Iqra doesn’t just get shipped off like Habiba once she breaks up with Ash. She still has potential. #EastEnders.”

Another added: “#EastEnders so is Ash falling out of love with Iqra? Just a few months ago they said they loved each other…what’s happened?”

Whilst a third commented: “Iqra can do so much better than Ash. Actually finding Ash very unlikeable #EastEnders.”

A fourth posted: “Time for Ash to get with Peter, leading to Iqra leaving #EastEnders.”

Gurlaine also spoke about the news Habiba is pregnant, explaining: “Ash has previously dealt with falling pregnant herself and not having that child, because of certain reasons.

“So for her to know that a child is going to be coming into the world – a new member of her family and the fact they won’t have their dad around, I think that’s what does it for her.

“It’s not just about her siblings and mother – there’s now an innocent child involved because of their lie,” she added.

EastEnders continues Thursday at 7:30pm on BBC One.