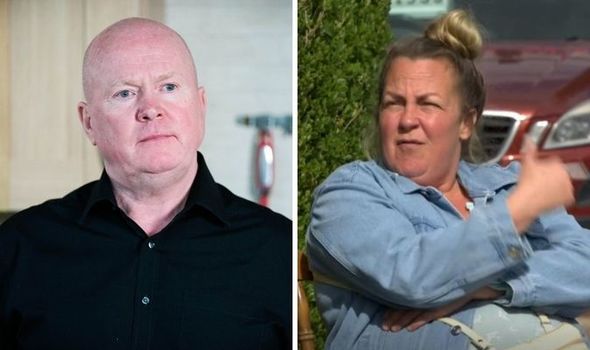 EastEnders: Vi tries to set Stuart up with Honey

The Taylor/Baker family have been grappling with financial concerns for a while, an issue that even sparked schoolgirl Bailey Baker (played by Kara-Leah Fernandes) to run away, believing her needs to be too much of a strain on the close-knit EastEnders family. Karen (Lorraine Stanley) had also lost her job at the laundrette, but after the community rallied around to support her, she got her job back. Bailey is also back in Walford, and Karen seems more carefree again. But a bombshell is about to be dropped which could once again threaten her income.

Kat Slater (Jessie Wallace) and Phil Mitchell (Steve McFadden) have become an unlikely item lately, but Kat warned the Albert Square gangster that he’d need to change the way he makes money if he wants her to stick around.

The dodgy career criminal seems willing to change his ways for Kat and even said he’d buy the laundrette.

Upcoming episodes will see Kat given the keys to the business, leaving her chuffed. 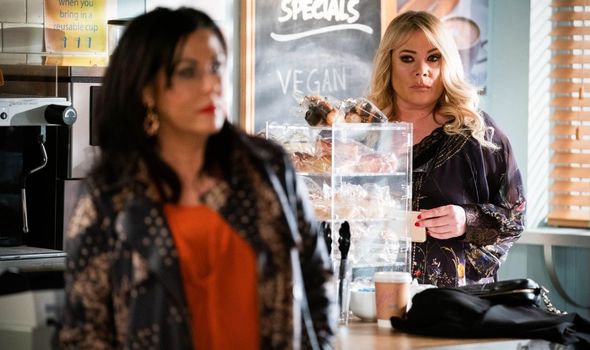 She’s also pleased when Phil tells her he’s sorted the cab license too, and things are looking go for the pair.

But Phil has never been known for being understanding before, and if he owns the laundrette, he’s unlikely to prioritise any current employees.

Although Karen seems less troubled at the moment, the family’s financial concerns are still evident, with Karen’s daughter Bernie Taylor (Clair Norris) desperate to be a surrogate for Rainie (Tanya Franks) and Stuart Highway (Ricky Champ) in order to bring some cash in for the household.

But Tuesday’s episode saw Rainie break the news to the youngster that the couple would be looking into other surrogates. 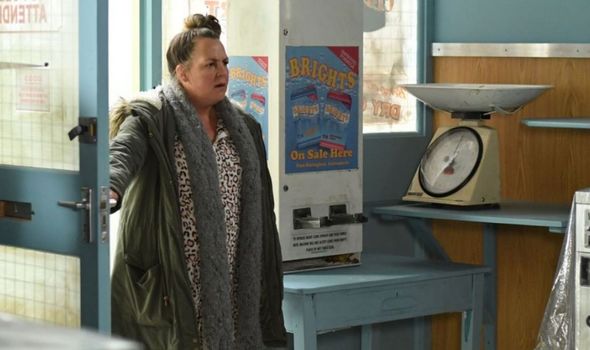 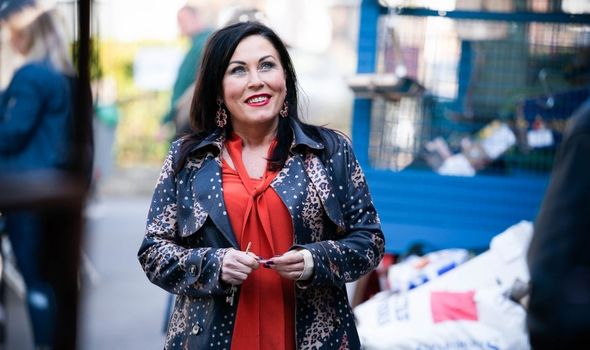 Karen has no idea that her daughter has been planning this, but Bernie did mention that she’d be bringing some money in following a “bonus at work”.

The family are likely relying on this, as well as Karen’s job, to keep afloat.

But with the surrogacy plan potentially off the cards, Karen will need to cling to her job more than ever.

Could Phil be heartless enough to make her redundant as he tries to make his own mark on the laundrette alongside Kat?

Phil hasn’t held back in the past when it comes to leaving people high and dry in order to make his own life easier.

By owning the laundrette as a display of financial potential for Kat, Phil could definitely try to cut corners to make more money.

It wouldn’t be out of character for him to lay off some of the current employees in order to get everything he can out of his new venture, especially while trying to impress Kat.

What could this mean for Karen and her family, who fell apart amid their last period of financial struggle?

Elsewhere in the soap, Phil’s son Ben Mitchell (Max Bowden) spots him and Kat at the laundrette and is shocked that Phil’s moving on.

Later, a comment from Sharon Watts (Letitia Dean) leaves Kat rattled, her insecurities about Phil’s history with Sharon coming out in full force.

They’re visiting Callum’s colleague Fitzy, who was recently stabbed on the job, but it looks like something else completely to Ben.

Later Callum tells Whitney he’s plagued by the stabbing and that he can’t face going home, and she recognises his struggle as PTSD.

EastEnders continues on Thursday at 7.30pm on BBC One.