Phil (played by Steve McFadden) has been reunited with his long-lost, three-year-old son Raymond in recent scenes on EastEnders after the youngster’s adoptive parents tragically died in a car accident. Denise Fox (Diane Parish) has warned him to stay away from their child but the bad boy couldn’t resist and took another trip to the hospital during Thursday’s instalment of the BBC soap. The Walford gangster came face-to-face with the toddler’s adoptive grandmother Ellie (Mica Paris) for the first time and there seemed to be some chemistry between them. In hope of getting his son back under his roof, will the scheming character make his move on the newcomer to get her under his thumb?

With Ellie having no idea who he was in relation to Raymond, Phil thought he’d try and build up a rapport with her.

Seeing her crying having lost her son and daughter-in-law, the Walford gangster asked the newcomer if she was okay.

“My grandson, he’s a fighter. He’ll be okay,” she replied before asking him what he was doing at the hospital.

Using his initiative, the bad boy told his new acquaintance he had brought in his granddaughter who had broken her leg after falling off a swing at the park.

Starting to reminisce about her past, the grandmother said: “I did that once. Blind drunk. 16 at the time at Ilford Common.” 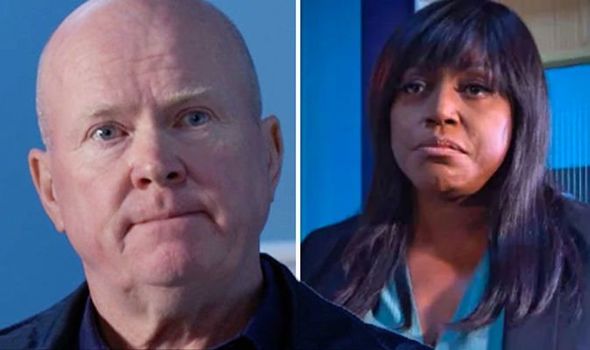 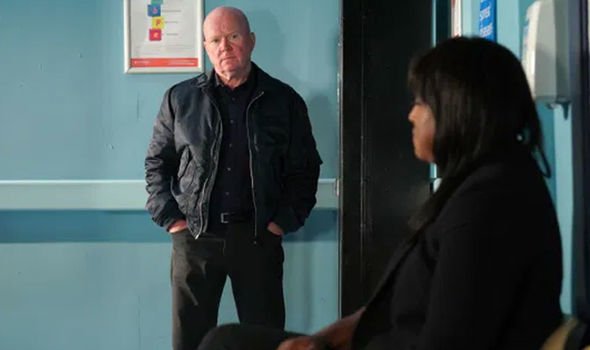 “You from around there?” Ellie asked, to which Phil explained it was his mother and father’s old stomping ground.

“They used to take me to The Old Atley pub. They both got barred,” he added, with the newcomer asking what they had done.

“Nicking the dartboard,” he said with a smile before his son’s adoptive grandmother asked what their names were.

“Peggy and Eric,” the gangster replied to which his acquaintance apologised for not knowing who they were.

“It was a long time ago,” he remarked before the pair finally made their formal introductions to one another. 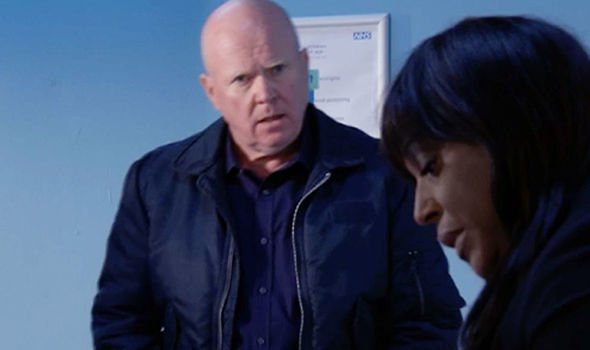 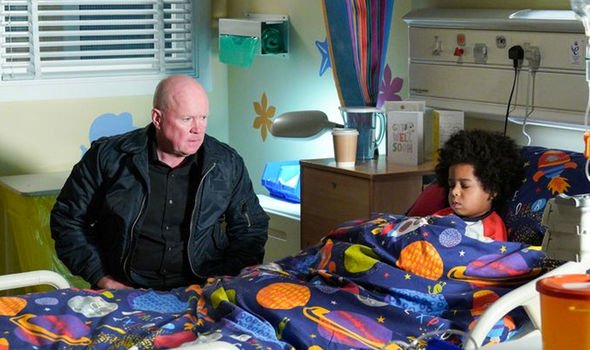 I’ll probably see you around

“Is she staying a while? Your granddaughter?” Ellie asked Phil, to which he replied: “Yeah, I suppose so.”

“Well, I’ll probably see you around,” she told him, with the bad boy offering a cheeky smirk before Raymond’s grandmother walked away.

There were clear signs a spark is festering between the two but it is not yet known if the newcomer is single, like the gangster currently is.

If he discovers she hasn’t got a partner, will he decide to pursue an affair with her in order to get her on side when he goes to court for custody of his son?

Next week’s episodes of the weeknight serial drama will see Denise finally reveal to Ellie exactly who Phil is and he’s not someone Raymond should be around.

It’s not known how the newcomer will react to the revelation but she will have seen a softer, more nurturing nature to the gangster.

With this in mind, she could go against the words of warning she has received and act on her feelings for the bad boy.

As a result, will she then allow Raymond’s father to play a bigger part in his life as they become a family of their own?

Newcomer Mica, 51, has spoken out about working with Phil star Steve, 61, which could be an indicator their characters will be spending a lot more time together.

The actress said: “I learnt so much from this experience. Adapting my performance on EastEnders – it was such a masterclass within the first day – you very quickly learn.

“I was with really great talent – Steve is amazing!

“So when you’re with people at a level, it’s a great challenge to rise to, I was able to perform well because I was with great performers.”

EastEnders continues Friday at 8:35pm on BBC One.