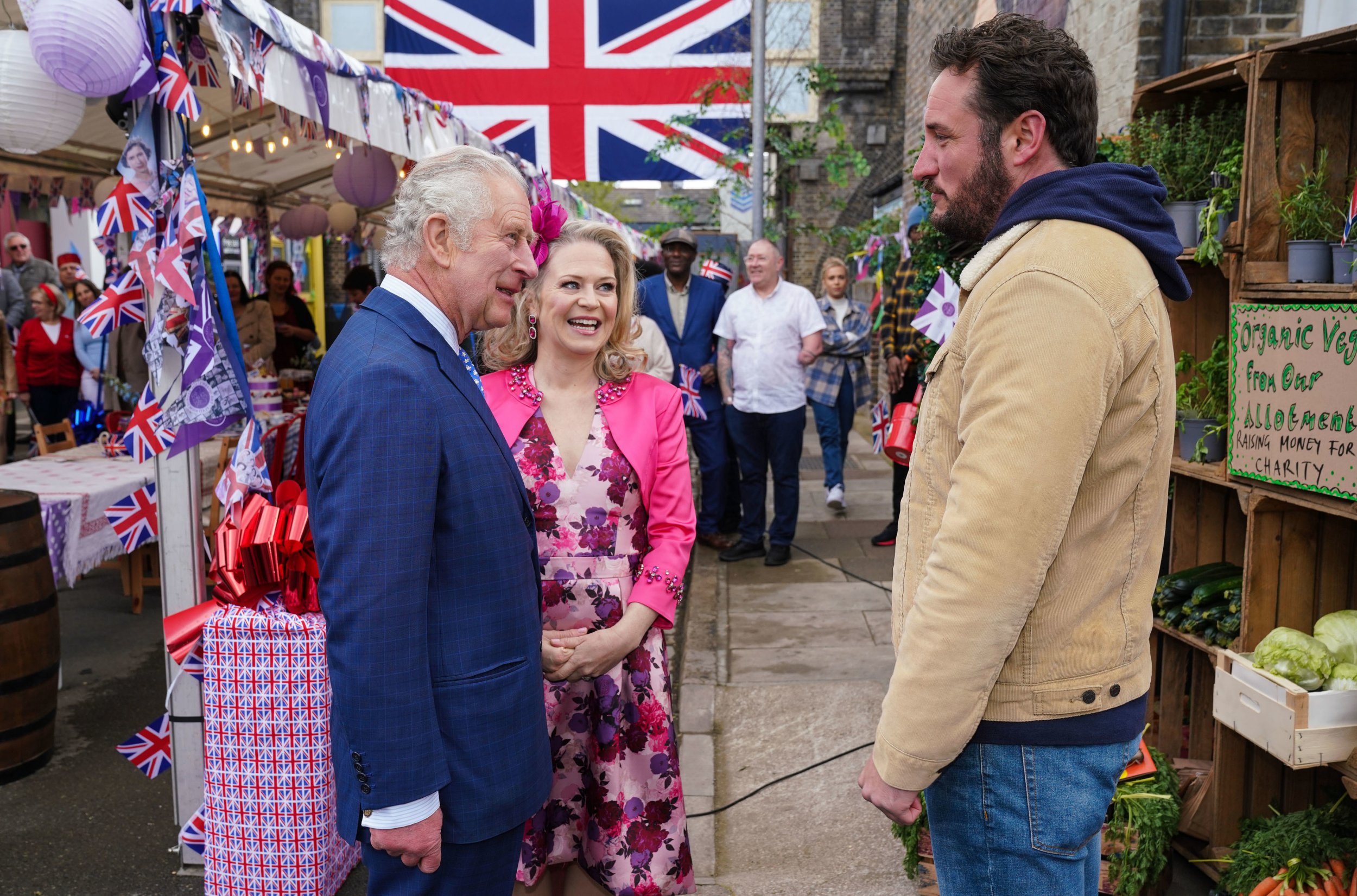 While the rest of Walford are being knocked for six by a royal visit from Prince Charles, EastEnders star Kellie Bright is taking it in her stride (well, kind of) as this isn’t her first meeting with him.

With her character Linda Carter arranging a Platinum Jubilee celebration, her guests of honour on the Square are the Prince himself and the Duchess Of Cornwall, Camilla.

The couple filmed some cameo scenes for a special episode and it will see them interact the the actors in character.

Outside of filming, the cast enjoyed chinwagging with the visitors, but Kellie was working on The Archers when Charles made an appearance there some time ago.

The former Bad Girls actress played the role of Kate Madikane on the radio soap for nine years between 1995 and 2004.

Kellie shared: I actually met [Charles] years ago when I was in The Archers and we were celebrating 50 years.

We had a party at St James’s Palace. He was there hosting and I got to meet him. He wouldn’t remember that of course, but I do!

‘What I remember is that he was absolutely charming and very funny and he had an awful lot of humility about him which made me feel very at ease.

So really, Linda being Charles and Camilla’s tour guide through Walford came as a bit of a breeze to Kellie, then.

‘I felt very excited, but I wasn’t overly daunted by it because I had met him before and knew he would be lovely,’ she smiled.

‘When they actually turned up and got out of the car, there was this absolute moment of complete and utter awe. The crowd burst into an impromptu round of applause, which hadn’t been scripted or rehearsed.

‘It just happened and it was absolutely lovely because suddenly you are in their presence.’

Charles isn’t new to popping up on soap sets – as well as The Archers, he joined the cast of Coronation Street for an appearance during their 40th anniversary in 2000.

But it is still a far cry from their normal duties!

‘I did think what amazing sports that they are just willing to do it,’ Kellie reflected. ‘I just thought wow, they’ve never done anything like this before.

‘They didn’t really know what to expect, I mean it must have been nerve wracking for them and completely out of their norm.

‘So I just hope they enjoyed it as much as we did.’

EastEnders airs the royal visit on Thursday June 2 at 7:30pm on BBC One.