Emmerdale fans were left “in tears” after a fan favourite character was dealt a huge blow during tonight’s 8pm slot.

Robert Sugden was taken in by the police and arrested in connection with Lee Posner’s attack, but it was his conversation with his lawyer which had viewers upset.

At the police station, Robert’s lawyer told him how he could face “lifetime imprisonment” for GBH.

But fans are seething with anger at ITV bosses as they deem the storyline “unfair”.

“This s/l is a disgrace and anyone who thought it was a good idea should be ashamed of themselves.”

A third wrote: “Poor Rob,” followed by a sad-faced emoji. 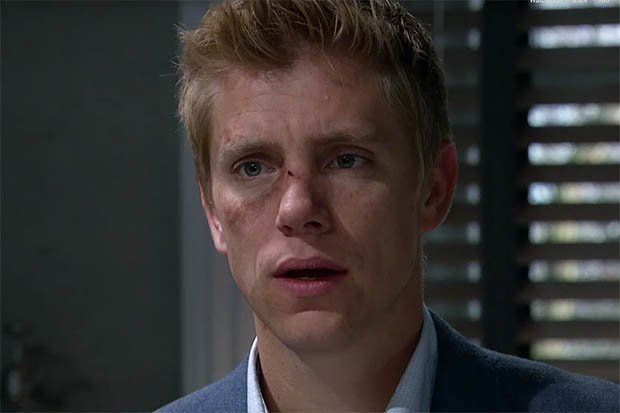 The pair had plans for surrogacy but it looks like Robert’s possible GBH charge could get in the way of them playing happy families.

But Robert is keen not to focus on “what ifs” and give Aaron what he has been dreaming about.

During tonight’s episode, the pair said they would carry on making a family and pray things work out.