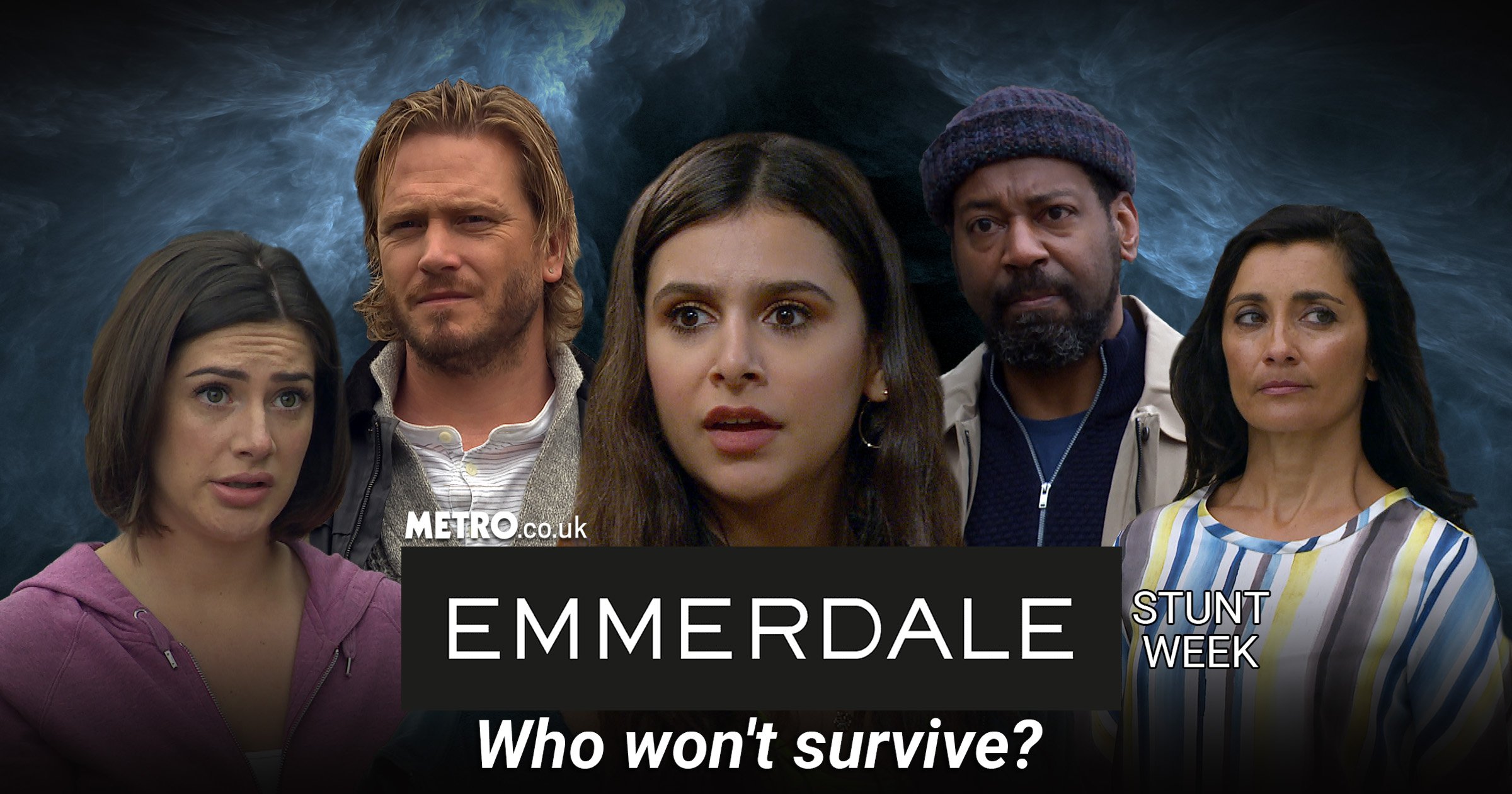 Meena Jutla (Paige Sandhu) is on a mission to murder in Emmerdale but even she could never have predicted how far things will go.

With four spectacular events that plunge many characters into danger, at least one person will die. But will Meena be caught?

And who will be the unlucky victim?

It’s a week you won’t forget…

The survival challenge begins with cries of enthusiasm. As the survivalists jump into their rafts and set off down the river, Billy and Ben try to rally their respective team members. It seems to be going well, but the day takes a horrible turn leaving Victoria, David, Manpreet and Charles struggling to stay afloat and fighting for their lives.

Marlon and Paddy’s frustrations with one another boil to the surface, after they find themselves lost in the woods together.

Charity and Mack separate themselves from their respective groups in order to cheat.

Priya and Ellis head off for some cheeky fun in the woods.

David, Victoria, Charles and Manpreet all find themselves in danger in the menacing waters. Soon, David watches in horror as Victoria cascades towards the edge of a waterfall. Victoria’s powerless to do anything as she’s thrown into the turbulent waters below.

Mack hears a loud scream coming from the edge of a pond. As he approaches it, he sees large ripples moving across the water, suggesting that Charity has vanished beneath the surface.

Meena holds Victoria’s lifeless body under the water, but someone’s watching from afar. Wanting to find out just what they’ve seen, Meena follows them into the maze. With only one thing on her mind, Meena’s ready to kill should anyone get in her way…

Ellis shares a moment of post-coital bliss with Priya, before she heads-off to drop off the survival challenge prize at the maze.

Meena’s like a spider toying with her prey as she closes in on her victim.

Still loved-up after her day with Ellis, Priya enters the maze carrying a bottle of champagne but will she get it?

Meena’s obsession with David has horrific consequences as events spiral out of control – but who does she have in her sights?

The tragedy sends shockwaves through the village as those who have survived try to process what they have been through.

Elsewhere injuries are felt and tracks are covered – but how well?