EMMERDALE star Charley Webb has hit back after being criticised for letting her kids sleep in bed with her.

The soap actress took to social media to vent alongside a picture of her child asleep on her. 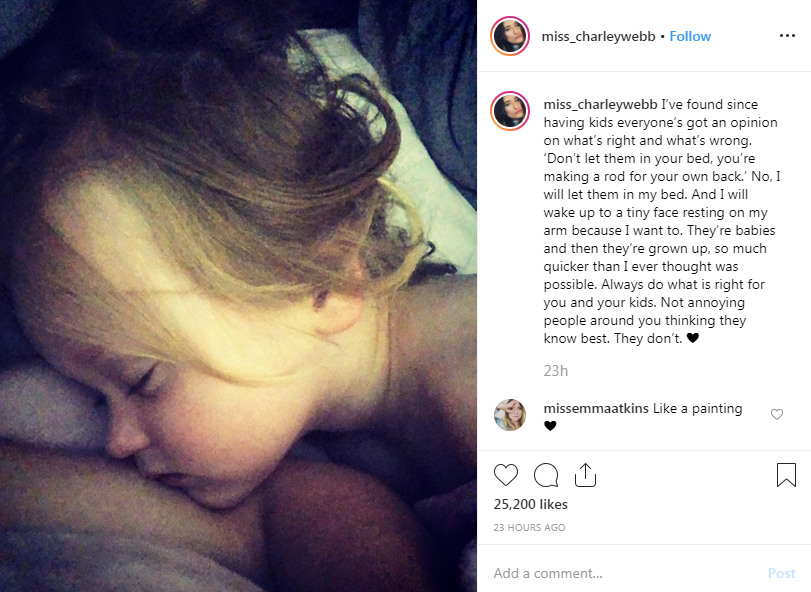 The 31-year-old, who is pregnant with her third child with Matthew Wolfenden, shared the cute picture of her son Bowie and slammed those who give parenting advice.

Charley wrote alongside the picture of her three-year-old son: “I’ve found since having kids everyone’s got an opinion on what’s right and what’s wrong.

"‘Don’t let them in your bed, you’re making a rod for your own back.’

“No, I will let them in my bed. And I will wake up to a tiny face resting on my arm because I want to. 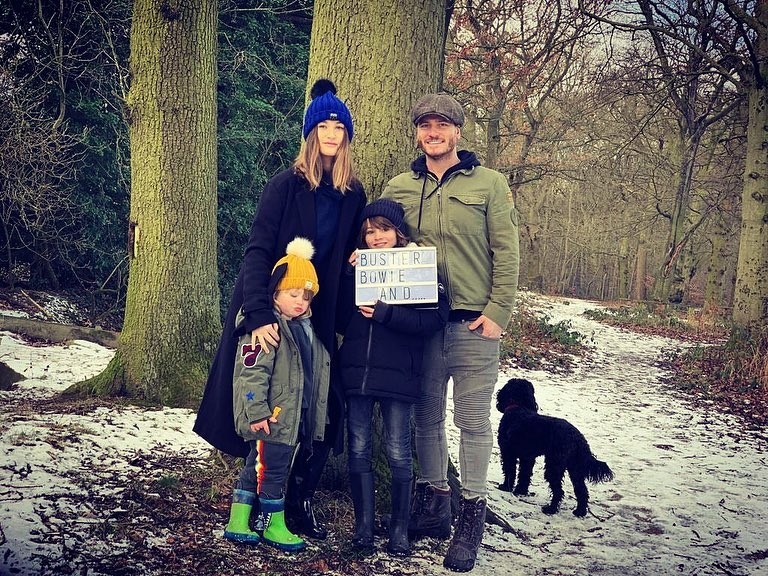 “They’re babies and then they’re grown up, so much quicker than I ever thought was possible.

“Always do what is right for you and your kids.

"Not annoying people around you thinking they know best. They don’t."

Fans agreed with one saying: "As a mum in Australia, this has really resonated with me. Thank you for saying it as it should be."

A second wrote: "Only just got my ten-year-old to sleep in his own bed. Forget what anyone else says just do you."

Another added: "Our eight-year-old son will not go to bed without me or his dad laying by his side. They grow up so fast." 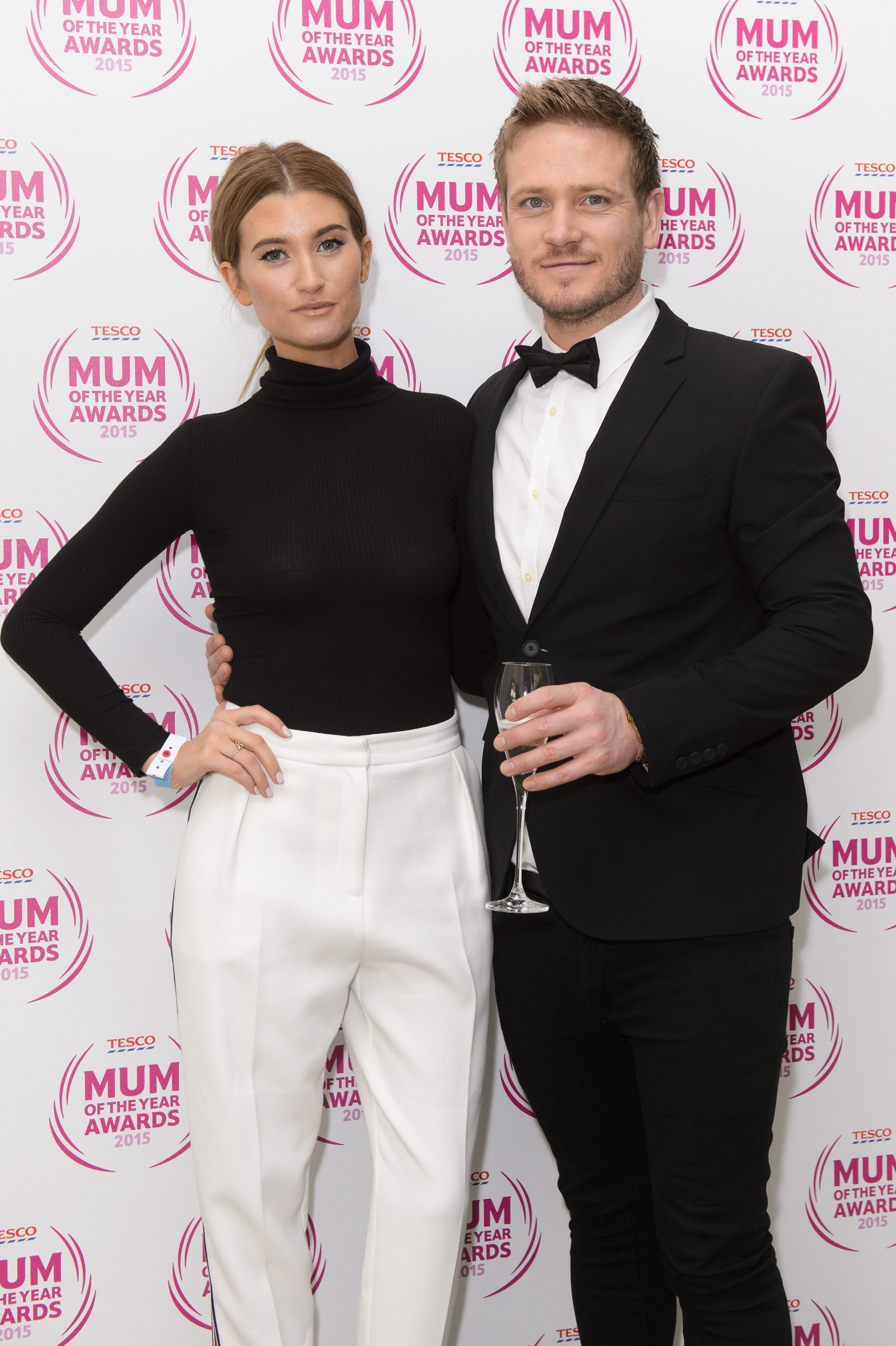 The actor couple are already parents to nine-year-old Buster and Bowie, 3.

He said: "Charley is a big fan of giving birth, but not pregnancy itself, it's really odd.

"Unfortunately, pregnancy for her has been brutal this time round. She's been ill from the get go and is still sick now." 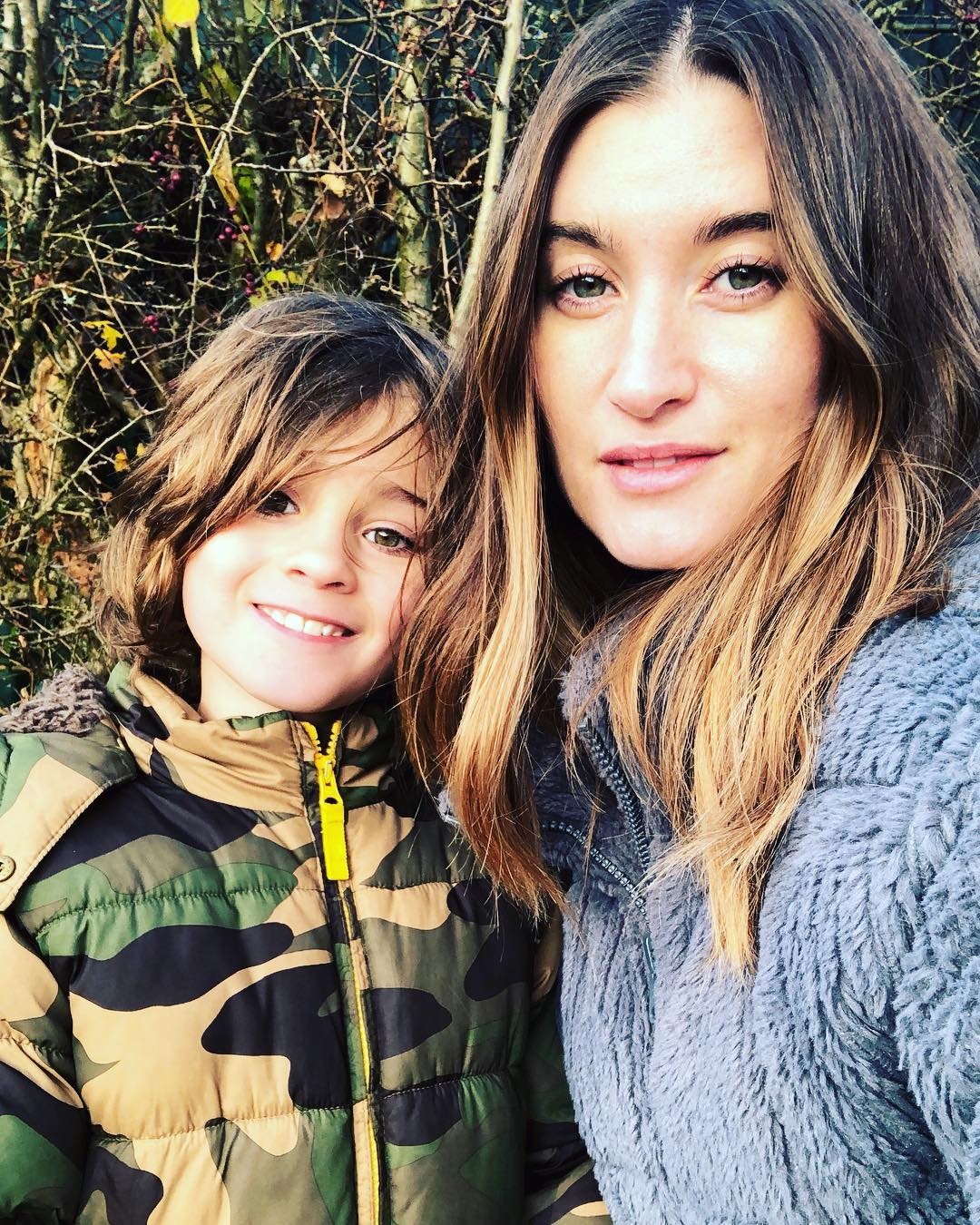 She said: "I still get waves of sickness but I’ve also been diagnosed with SPD [symphysis pubis dysfunction].

"It’s when your muscles have relaxed too much ready for the birth.

She also ruled out having a home birth, saying: "Matthew’s up for a home birth but I’d like to be in a hospital for the sake of my own anxiety, in case anything went wrong."