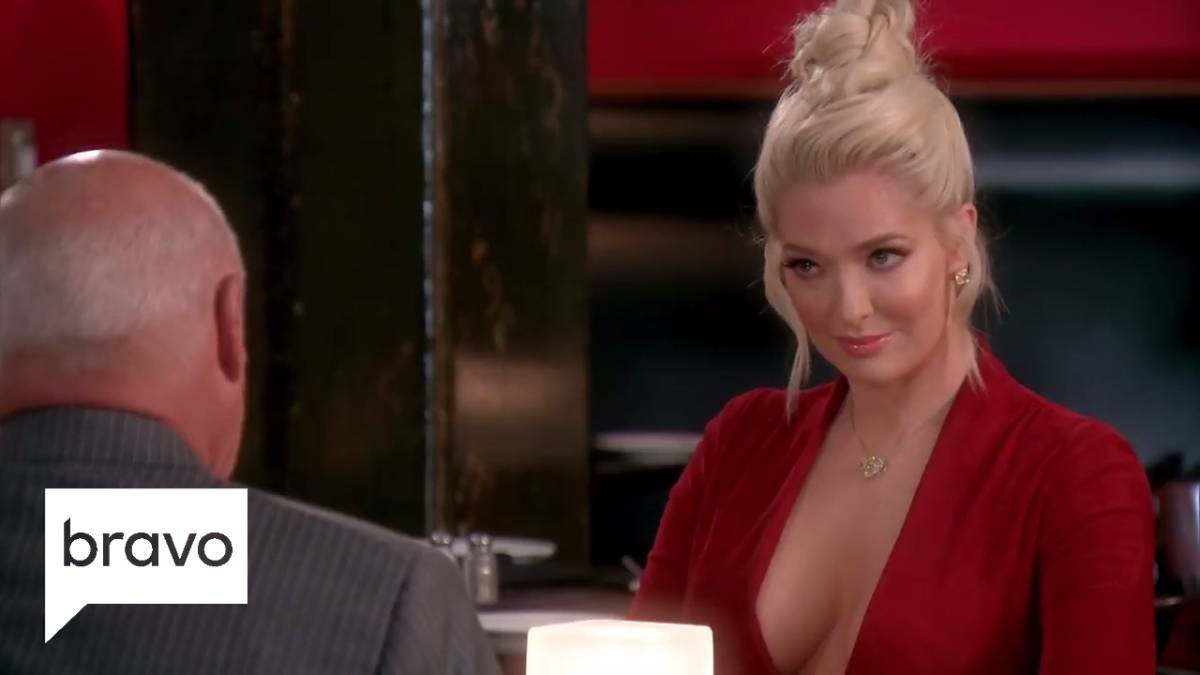 Erika Jayne returned to social media for the first time since announcing her divorce from husband Tom Girardi.

Her tweet features a GIF of Barack Obama, Hilary Clinton, Joe Biden, and Michelle Obama partying in a Jeep as a parody from the dance scene in Zoolander.

“Oh yeah,” she wrote in the caption.

Fans have been expressing mixed reactions to the political post.

Aside from political posts, Erika continues to keep her personal life off social media following the divorce.

Erika announced her divorce on Election Day. She and Tom have a 32-year age difference, but their marriage worked for 21 years. The two never had kids together.

“After much consideration, I have decided to end my marriage to Tom Girardi,” said the RHOBH star in a statement to E! News. “This is not a step taken lightly or easily. I have great love and respect for Tom and for our years and the lives we built together.”

“It is my absolute wish to proceed through this process with respect and with the privacy that both Tom and I deserved,” she continued. “I request others give us that privacy as well.”

Why Erika filed for divorce

Many fans have been blindsided by Erika’s divorce. However, there may have been some signs that have gone undetected.

A source close to Erika told In Touch that she and Tom had been living “separate lives” for years now. Prior to the pandemic, they hardly saw each other as they frequently traveled for their respective careers.

However, the pandemic has forced the couple to spend more time together, which the source alleges has put a strain on their marriage.

“The pandemic is having a mental impact on everyone, and Erika’s been reflecting on what she wants moving forward. Being married to Tom isn’t part of her plan,” a source revealed to the outlet.

Additionally, Tom recently has been slammed by two fraud lawsuits. Some fans think Erika may be trying to remove herself from the marriage before the lawsuits get messy.

Erika does not have much to gain from the separation, as she did not sign a prenup when she married Tom.

Erika explained that a prenup “wouldn’t get in his way” during an episode of Watch What Happens Live that aired in 2017. She explained that his experience as a lawyer would allow him to work around it.

The Real Housewives of Beverly Hills is currently on hiatus at Bravo.