THE new episode of Falcon and The Winter Soldier left fans “hanging” after the series first-ever mid-credits sequence.

The latest instalment of Falcon and The Winter Soldier ended with a massive 'cliff-hanger' which showcased John Walker (Wyatt Russell).

Earlier in the episode, Walker put up a good fight in an epic battle scene against both Falcon and The Winter Soldier. 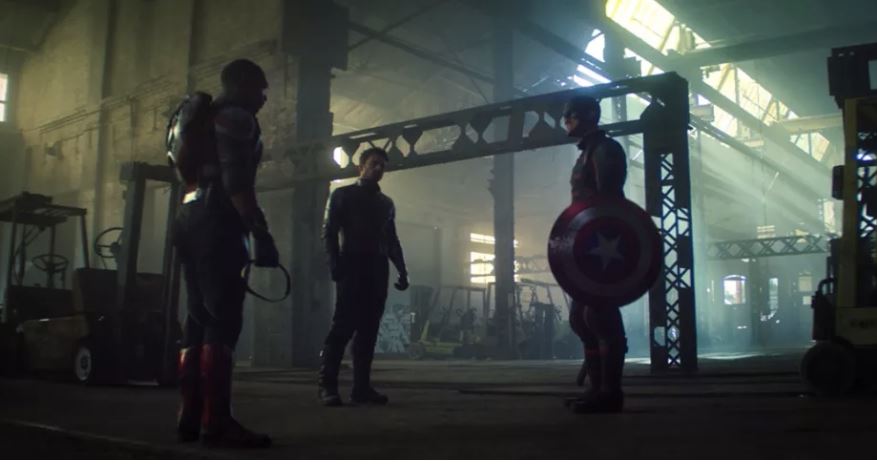 Intense moments included Walker ripping off one of Falcon’s wings and nearly crushing him until Bucky intervenes.

But, the episode had its first-ever mid-credits sequence which showcased Walker’s crafting his version of Captain America's shield.

With hammers and drilling tools to hand, is Walker preparing for round two?

The sneak peek suggested Walker part in the thrilling story was not over.

One fan exclaimed, “BRO THE SCENE AT THE END”.

Another anticipated, “Boy next weeks episode for falcon and winter solider is going to be hype”.

Another said, “The latest episode of Falcon and Winter Soldier is the best one so far. Looking forward to the finale next week.”

A shocked fan wrote, “Wowwww the last episode of the falcon and winter soldier.”

Will Walker’s character arc end with some sort of redemption? Will Sam triumph as the true Captain America?

The Falcon and The Winter Soldier saga continues next Friday exclusively on Disney+.