The first trailer has dropped for the upcoming Matrix sequel, Matrix Resurrections, and you can consider our minds well and truly blown.

Keanu Reeves reprises his iconic role of Neo in the sci-fi franchise, which will be released in cinemas on December 22, 2021.

The teaser clip, clocking in at nearly three minutes long, begins with Neo (aka Thomas Anderson) in therapy, with his counsellor, played by Neil, stating: ‘Thomas, you seem particularly triggered right now. Can you tell me what happened?’

‘I’ve had dreams that weren’t just dreams,’ he replies. ‘Am I crazy?’

Elsewhere in the clip, he reunites with Carrie-Anne’s Trinity, who he appears to no longer know, while also rejecting his regular blue pills to take a red pill, as Yahya tells him: ‘Time to fly.’ 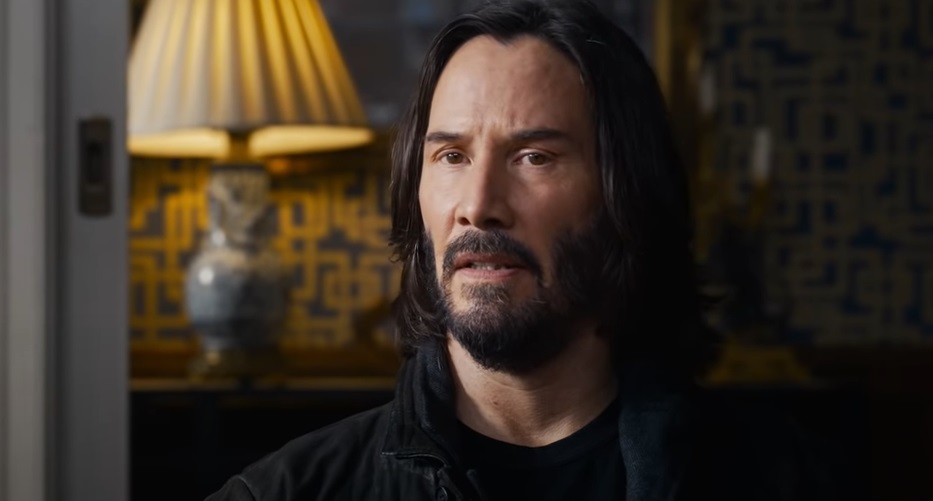 The clip ends as Neo is told: ‘After all these years, to be going back to where it all started… Back to the Matrix…’

The exact plot of Matrix Resurrections has been kept strictly under wraps for now, but the first look gives us the impression that some of the most iconic moments of the first film are being rehashed.

Honestly, what does it all mean?

It’s safe to say that fans are living for the trailer, which has racked up hundreds of thousands of views already.

Flocking to social media, one posted: ‘HOLY…. I can’t remember the last time a trailer gave me goosebumps like this.’

Another screamed: ‘My level of ready for his is INTENSE! [sic].’

‘I can’t tell you how much I loved this trailer!! I thought I was excited for the new Matrix movie before watching this…I am ten times more excited now! The Matrix Resurrections looks incredible,’ a Twitter user celebrated.

As a follower said: ‘Oh no, the trailer is good. I told myself I wouldn’t get excited. Oh no.’

‘I know trailers usually leave you with a small bit with what the film has but I got no clue on what is the plot. The action scenes look awesome through [sic],’ a fan added.

Well, we’ve only got a couple of months to wait…

Priyanka Chopra, Stephen Graham, Christina Ricci and Jada Pinkett Smith make up the all-star cast – but it appears that Laurence Fishburne will be sitting this adventure out.

When asked in June whether Morpheus would be making a return, he was adamant that he will not be involved, and directed all questions towards Lana.

‘I am not in the next Matrix movie and you’d have to ask Lana Wachowski why,’ he told Collider.

‘Because I don’t have an answer for that.’

Matrix Resurrections will be in cinemas on December 22, 2021.