FURIOUS Susanna Reid berated an eco-warrior on air this morning over the M25 protests that sparked FIVE HOUR delays yesterday.

The Good Morning Britain presenter took on a protester from Insulate Britain over the extra fuel emissions the eco-group caused after their protest on the motorway. 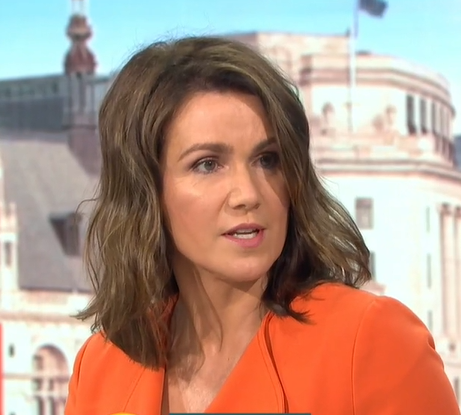 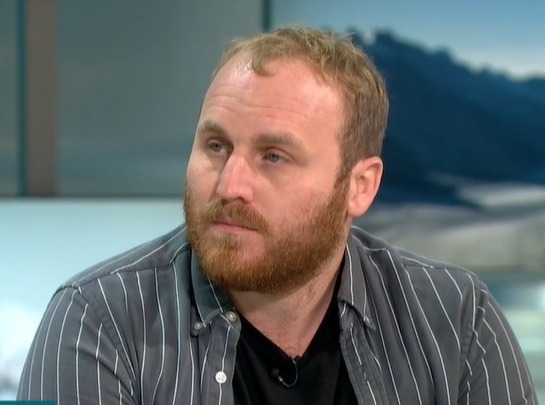 It comes after more than 90 eco-warriors linked to Extinction Rebellion were arrested after sparking travel chaos during a rush-hour blockade of the M25.

Tens of thousands of drivers were stuck in their cars for up to five hours while activists from Insulate Britain plonked themselves in the middle of the motorway.

"The point about traffic admissions is certainly not ridiculous. I'd link it to traffic because you've held it up for hours.

"It's not healthy for our air pollution is it?"

But the guest rebutted furiously, repeating that what Susanna was saying is "ridiculous."

Shouting over the GMB presenter, he said: "Susanna, I'll repeat. You're fully aware that what you've just said is ridiculous."

He then continued to shout about the millions of pounds invested into companies that don't serve to help the climate crisis.

Richard Madeley then butted into the shouting match to say "So Susanna is ridiculous because you say so?" before saying that they had run out of time and the segment was over.

The whopping protest yesterday caused disruption at Junction 3 for Swanley in Kent, Junction 6 for Godstone in Surrey, Junction 14 for Heathrow Terminal 5, Junction 20 for Kings Langley in Hertfordshire, and Junction 31 for Purfleet in Essex.

Sam, from Bromley, south east London, said he had been stuck in traffic on the M25 with his two young children for three hours due to the climate protest.

The 37-year-old had been on his way for a day out at a farm on a "rare day" he has time for a trip with his family.

"I am seething at how irresponsible and selfish their demonstration is," he said.

"It is ill-considered and poorly executed. I am all for change and reducing fuel poverty but there are more sensible ways to lobby and protest."

Some 20 activists also sat on a road in Kings Langley, Hertfordshire, where things quickly turned sour.

Furious motorists tried to drag resistant protesters holding banners and placards reading "sorry to stop you" away to clear the road and backlog.

A spokesperson said they were taking action today to demand Boris Johnson create hundreds of thousands of jobs and save lives.

Liam Norton, 36, an electrician from London said: "Since waking up to the crisis we are all in, due to the catastrophic breakdown in our climate, I have been shocked at the lack of significant action from our government.

"They need to face up to reality. It will destroy our economy and the fabric of our society.

"They are being incredibly reckless. They are betting the farm on technologies that don't exist.

​"As soon as a statement is made that we can trust and is meaningful we will get off the roads."

Steve Gower, 54, unemployed, currently living in fuel poverty in Gloucester added: "Man up Johnson and get on with it."

In total, 92 people are known to have been arrested so far.

The Met Police has made 14 arrests, cops in Essex have arrested 12, Hertfordshire officers are quizzing 18 people, Surrey Police are holding 36 protesters and 12 have been detained in Kent.

Essex Police Chief Inspector Paul Austin said: "This incident caused significant disruption and our officers worked to resolve it as quickly and safely as possible.

"I want to thank the drivers affected for their patience and understanding." 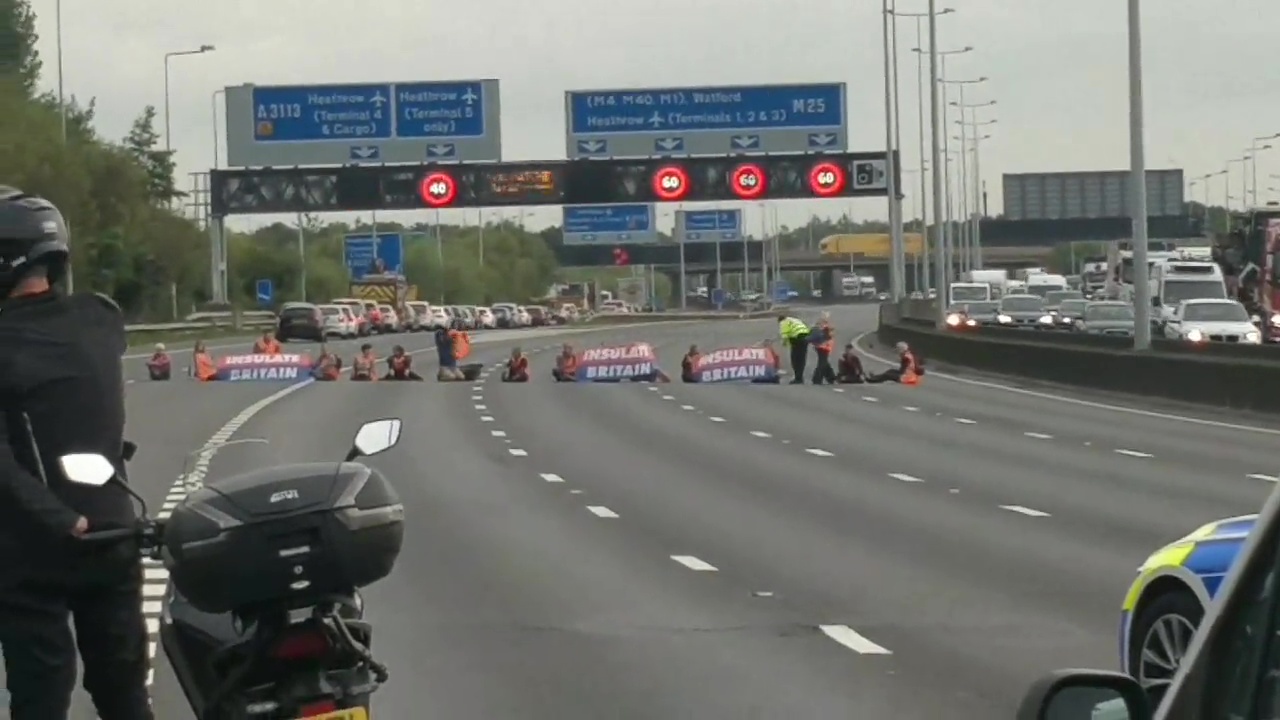 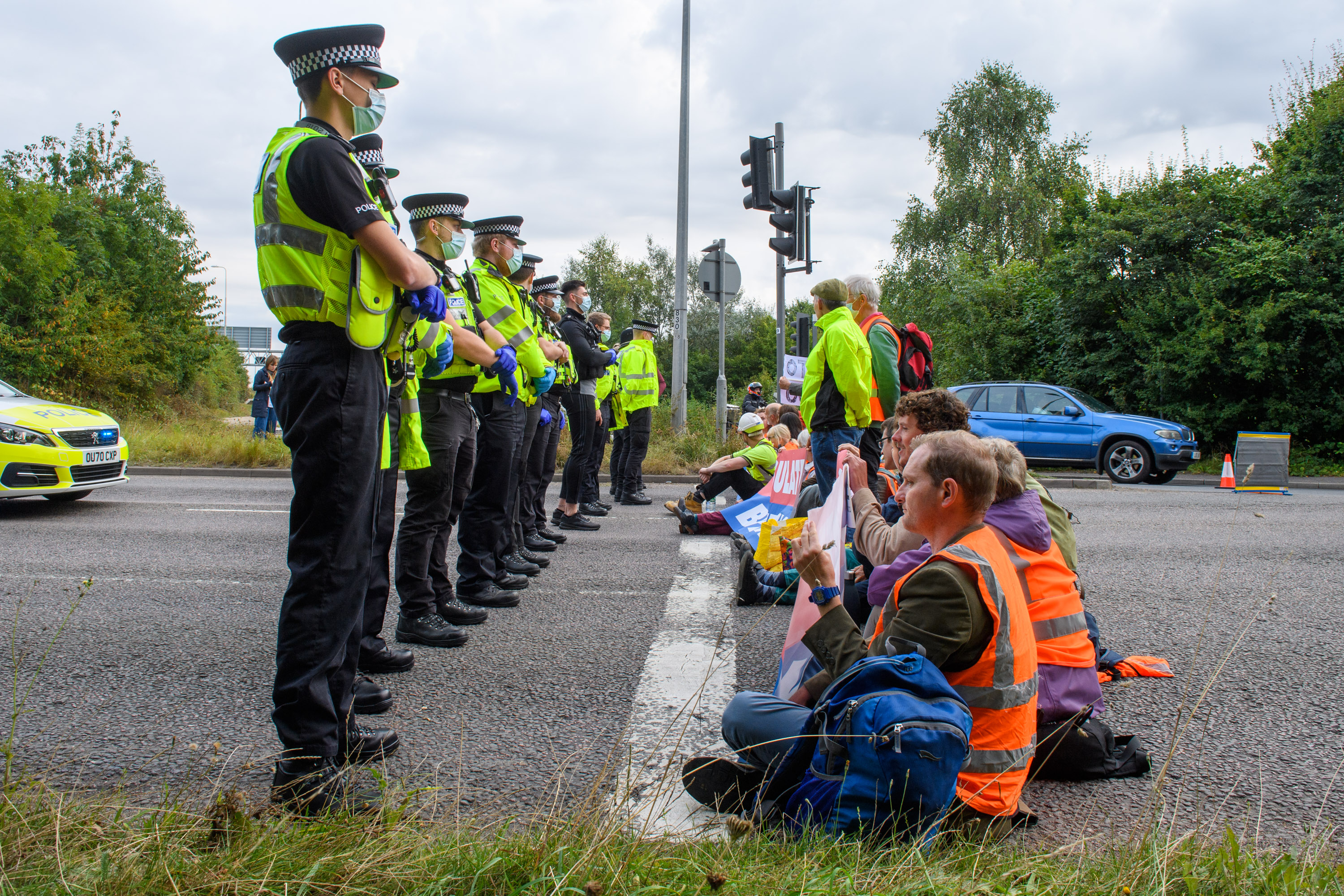