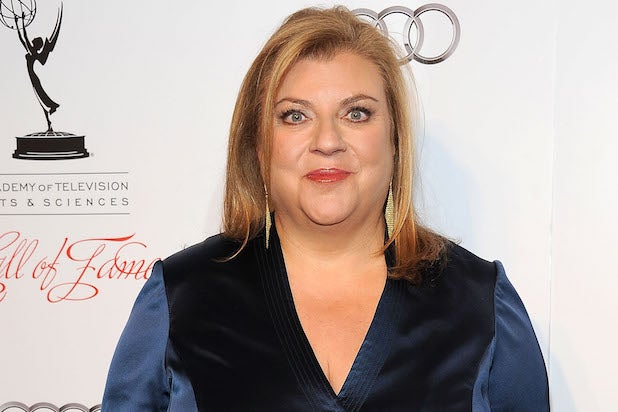 Gail Berman has set her executive team for Fox Entertainment’s Sidecar, including four development executives and two members of the business and legal affairs team.

The highest-ranking among them, Hend Baghdady, comes from The Jackal Group, which Berman (pictured above) founded. Baghdaddy, who developed and executive produced “Tidying Up With Marie Kondo,” is not the only one of the bunch with The Jackal Group on her resume.

“This truly is an amazing team of accomplished executives,” Berman said. “I’ve worked with most of them for the past four years, and the reason they’ve all come over to Sidecar is because what they’ve produced has been stellar. Now, we all have a unified purpose of determining how best to serve the needs of Fox, as well as those of our third-party partners.”

Sidecar will develop scripted and unscripted projects, identifying and incubating programming both for the network (Fox) and third-party platforms. Fox Entertainment will retain ownership of all series that originate under the Sidecar banner.

Bios are below, all in Sidecar’s own words.

Hend Baghdady was senior vice president of alternative and production for The Jackal Group, where she developed and executive-produced the streaming hit “Tidying Up with Marie Kondo.” Baghdady previously served as executive producer and the executive in charge of production at Animation Domination High-Def Studios, under the Fox Network Group’s umbrella. She began her career in New York, working on the first season of “Crank Yankers” with Jackhole Industries, and has developed, produced and created production formats and templates for live-action and animated series for a number of broadcast and cable networks.

For the past two years, Susan Lierle was a business affairs consultant at Twentieth Century Fox Television. Prior to TCFTV, she was senior vice president, business & legal Affairs at NBCUniversal (formerly Comcast Entertainment Group) for nine years. Lierle previously worked at Turner Entertainment Group for seven years, where she was Assistant General Counsel and handled business and legal affairs matters for TNT and TBS.

Jeff Nemon was the vice president of TV development at Valhalla Entertainment, where he worked closely on “The Walking Dead” franchise, among other programming. Prior to joining Valhalla, Nemon worked at CBS Television Studios and at the management company The Collective, in its TV literary department.

Alana Romoff was a key member of the team at The Jackal Group, where she oversaw the development and production of the company’s scripted television projects, ranging across cable, broadcast and streaming platforms. Prior to joining The Jackal Group, Romoff was a development executive at Lionsgate Television. She began her career at Principato Young Entertainment after completing her Masters in Critical Studies at the University of Southern California’s School of Cinematic Arts, where she was named an Annenberg Fellow for her research on political satire and television comedy.

Matthew Chadwick was head of production at Animation Domination High-Def Studios. He began his career in London, launching a number of live interactive channels and gameshow formats.  Since moving to the U.S., he has developed and produced content for NBC, MTV and Turner’s Adult Swim.

Eduardo Lopez-Mendez was a contracts administrator at The Jackal Group, where he worked on legal issues relating to scripted, alternative, digital and live theater projects. Prior to Jackal, he was a business and legal affairs law clerk for Good Universe Entertainment and, later, Marvel Television.