Game of Thrones came to an end earlier in the year and it left a trail of devastation in its wake.

Daenerys Targaryen (played by Emilia Clarke) was the final victim after she was killed by Jon Snow (Kit Harington).

However, a new theory has emerged suggesting she could actually be alive after all, in a huge epilogue twist.

One Reddit user has coined an alternative ending to the series which happens seven years after Jon’s exile to the North.

Ptsoukias starts their epilogue with Jon waking up after another nightmare of a “love lost”.

He turns to his direwolf, Ghost, and they share a conversation about Tormund Giantsbane (Kristofer Hivju).

They plan to go on a hunt and Jon sets off to the forest, but when he gets there, he discovers a dragon, and it’s actually Drogon.

The author continues by revealing Daenerys stood behind Drogon’s wing, a sight Jon can barely believe.

Ptsoukias suggests Drogon flew his mother’s lifeless body East, to Volantis, where “followers of R’Hllor” brought her back to life.

The fan-fiction continues to explain how Daenerys was “glad” Jon ended her life as she knew she had gotten out of control.

Perhaps surprisingly, the Mother of Dragons is also accompanied by a little girl, who the writer suggests is Jon’s daughter.

Despite this being fan fiction, it does throw up some important questions. 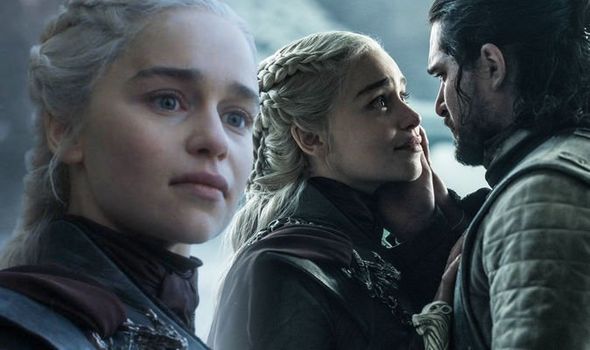 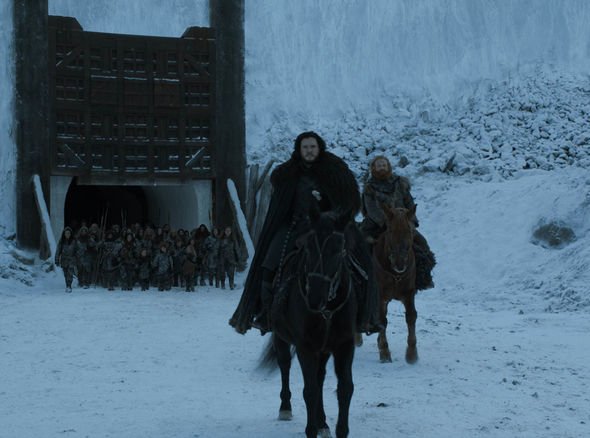 R’Hllor was the religion followed by the likes of Melisandre (Carice Van Houten) and during it, they followed the Lord of Light and shunned “the Great Other”.

Red Priests and Red Priestesses believed in making sacrifices to R’Hllor in the hope he would guide them away from the Long Night.

Melisandre used her powers in Game of Thrones, season six, to bring Jon back to life after believing him to be the true leader.

They put special significance in fire and as such, would probably be particularly interested in Daenerys, who is classed as an “Unburnt”.

It doesn’t seem wildly inappropriate to suggest Daenerys could actually be alive, especially considering how quickly Drogon removed her from the scene of her death.

As to whether Daenerys has a child, recent evidence emerged suggesting Emilia filmed with a bump at one point. 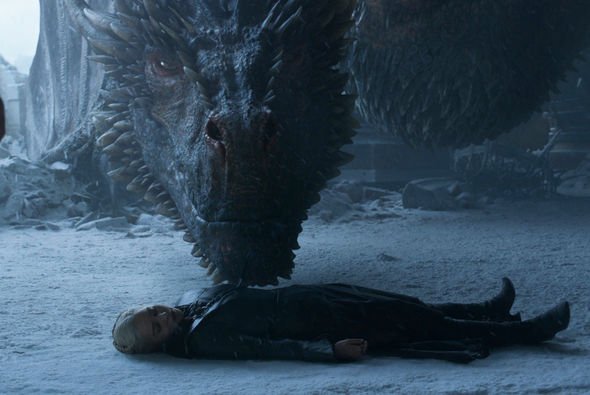 In a behind-the-scenes clip from filming episode five of the final season, the actress could be seen cradling a bump.

However, in the final edit of the scene, she was without the bump, suggesting it had been reshot.

Reddit user XoAXoS pitched in: “Even D&D kind of confirmed that she would get pregnant during the live commentary of the scene after the parlay.

“And I remember most fan theories having one thing in common – people (and I must admit I was one of those people) thought Cersei would have a miscarriage and Daenerys would carry boat baby, a perfect parallel. It would’ve set the ground for Cersei’s further descend into madness and possible Targaryen restoration.

“Our theories remained dismissed until Lena confirmed that she even shot the scene of Cersei losing her baby. Now it kinda makes sense again, and those pictures are clearly from two different shots, it is entirely possible they switched Dany and Cersei’s storylines.”