A lot of characters have come and gone in Grey’s Anatomy’s 17 seasons. But there are some that fans just can’t stop talking about. Denny Duquette was only on the show for 23 episodes. His last appearance was in 2009. Even though he left the show for good 10 years ago, fans can’t stop talking about Denny. Fans loved Izzie and Denny’s relationship. But recently, some wondered if Denny was ever right for Izzie at all. 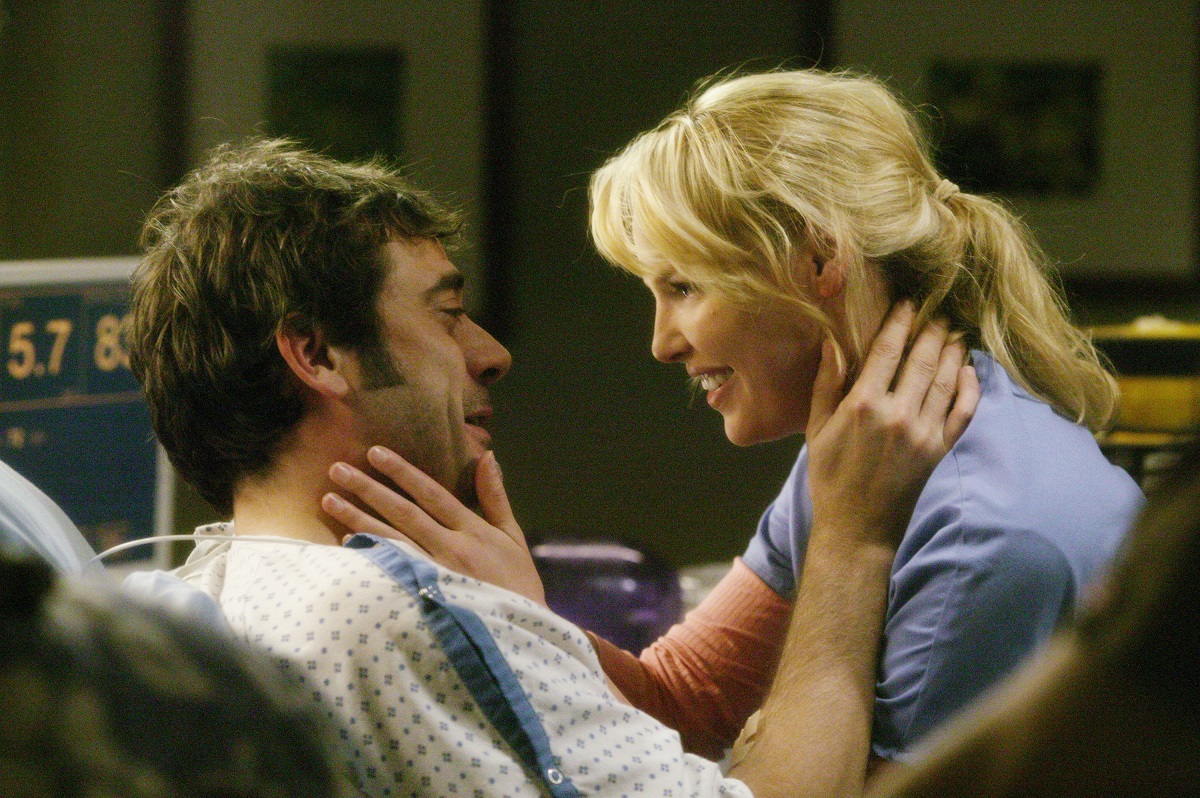 In Grey’s Anatomy, Denny Duquette entered the picture as a patient. He had a dangerous heart condition, and he also happened to be rich and hot. All this led to him and Izzie flirting relentlessly, despite his precarious medical predicament. Izzie ended up risking her career to get Denny a heart, but he died after the operation of a stroke. Later, Izzie discovered that Denny had left her a very large sum of money, which she used to start a foundation in his honor.

Even though he wasn’t alive on screen for very long, Denny was a very popular character. He was so loved that he was actually brought back as a ghost multiple times. He appeared to Meredith during a near-death experience. Later, when Izzie was suffering from a brain tumor, she hallucinated ghost Denny, and the two even had sex. It was one of the weirder moments on Grey’s, but the fact that he was brought back multiple times is a testament to how popular Denny really was.

Fans think Izzie and Alex were always meant to be

Even though Denny was so well-loved that writers brought him back as a ghost, some Redditors still think he was wrong for Izzie. One fan on Reddit recently made a detailed post explaining why Izzie and Alex were actually meant for each other, and Denny was just a detour.

First of all, the post points out that Izzie and Denny barely knew each other. Aside from the ghost sex, these two only had a few weeks of in-person contact. Plus, Izzie met Denny right after Alex cheated on her. According to fans, this makes Denny a rebound.

A few years after she met Denny, Izzie was diagnosed with a brain tumor. This fan points out that Izzie probably had the tumor when she met Denny, and was not of sound mind. Hence why she risked everything for a guy she barely knew.

Although the post was convincing, many fans still think that Denny and Izzie were meant to be. As one fan wrote, “I’m a firm believer that Denny was Izzie’s great love, Izzie was Alex’s great love, and Alex was Jo’s great love.” Although most commenters commended the original poster for their hard work, it was hard to convince diehard Grey’s fans that Izzie and Denny were anything other than soulmates.

Other fans were already on board. As one fan wrote, “I agree. Denny was a rush of intense emotions and a temporary thing that felt like love but her true only love was Alex.” It is true that Denny and Izzie barely knew each other. In real life, no one would think their relationship was a good idea. But the great thing about Grey’s is it isn’t real life. Things are supposed to be extra dramatic. It makes total sense that a prominent doctor would fall in love with a heart patient in a few weeks, and later have sex with his ghost.