In Netflix’s Heartstopper, fans know Charlie Spring, played by Joe Locke, loves music and can play the drums. To many, Charlie is excellent in the small scenes throughout the series. Charlie playing drums plays a role in the LGBTQ story. Whenever it comes to an actor playing an instrument on screen, fans always wonder if they are really playing. Locke spills the beans on whether or not it is true.

Seeing as the series is based on Alice Oseman’s graphic series, a lot had to go into creating the perfect representation of the illustrated story. Besides the perfectly cast leading actors, Heartstopper interwove fun graphics, Oseman’s own story, and a great soundtrack.

Each episode has its own tracklist that embodies the feelings and story of each episode. According to NME, the first two episodes have four songs, and the others have more or less. The artists heard in Heartstopper include Baby Queen, Frankie Cosmos, Waterparks, and more. Baby Queen even released a new song titled “Colours of You” exclusively for the series.

A fan on Twitter comments, “ive been looping the heartstopper Spotify playlist for the past two days n i playing the scenes of the show in my head to each song. maybe this is becoming unhealthy.”

There is no denying music plays an integral park in Heartstopper. But it also plays a part in Charlie’s story and the feelings he and Nick Nelson (Kit Connor) are feelings. Charlie’s drums also play a role, and Locke reveals he took lessons just for his character.

In Heartstopper Episode 2, Nick is coming to realize his feelings for Charlie but is afraid to dive into them. The episode begins with Charlie playing the drums in his room in a rapid beat that parallels Nick’s anxiousness while trying to send him a message. In episode two, Nick goes to Charlie’s for the first time, and they share a moment while Charlie teaches him the drums. There are many more instances, and fans will be happy to know Locke learned to play the drums for Heartstopper.

In an interview with 1883 Magazine, Locke revealed, “I also learned how to play the drums for the show. Yes, Netflix sent me a drumkit! [Laughs] Since I’m from the Isle of Man, I had to go to the UK for my audition and go home and isolate on my own for two weeks. I was just in my house playing the drums while having zoom lessons. It’s so cool that I got to learn drums for a part.”

The actor also reveals he made his own playlist for Charlie before he got the call saying he landed the role. “Looking back now I’m wondering why I did that! What if I didn’t get the part? Alice made her own playlist though, I listen to that non-stop. I have a few songs that are very ‘Charlie’ to me that I love,” said Locke.

Will there be a ‘Heartstopper’ Season 2? 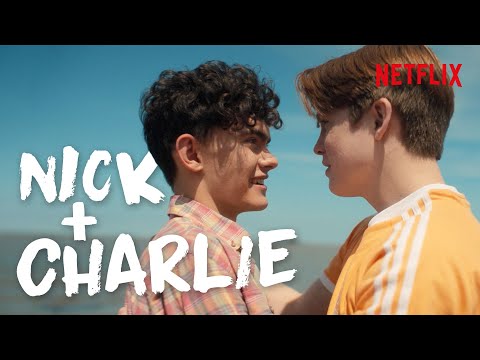 The Netflix series has seen immense success since its premiere. Fans cannot stop talking about it, and Heartstopper has ranked on Twitter many times. Knowing Locke put a lot of effort and time into his character and the drums for Heartstopper, fans want to see more of him. Fans are clamoring for Netflix to announce a second season to explore further Nick and Charlie’s love story and the supporting characters’ stories.

As of yet, Netflix has not announced a Heartstopper Season 2. Even Locke explained in his interview that he would love to manifest a second season to be announced this year. There is plenty to explore as Oseman’s graphic novels have a total of four installments.