Cobra Kai Season 4 gives season 3 a run for its money cameo-wise. Season 3 brought back some classic Karate Kid characters like Ali (Elizabeth Shue), Chozen (Yuji Okumoto) and Kumiko (Tamlyn Tomita). Season 4 has Terry Silver (Thomas Ian Griffith) and some returning characters from other seasons. They also got a rock star.

[Spoiler alert: This article contains spoilers for the finale of Cobra Kai Season 4.] 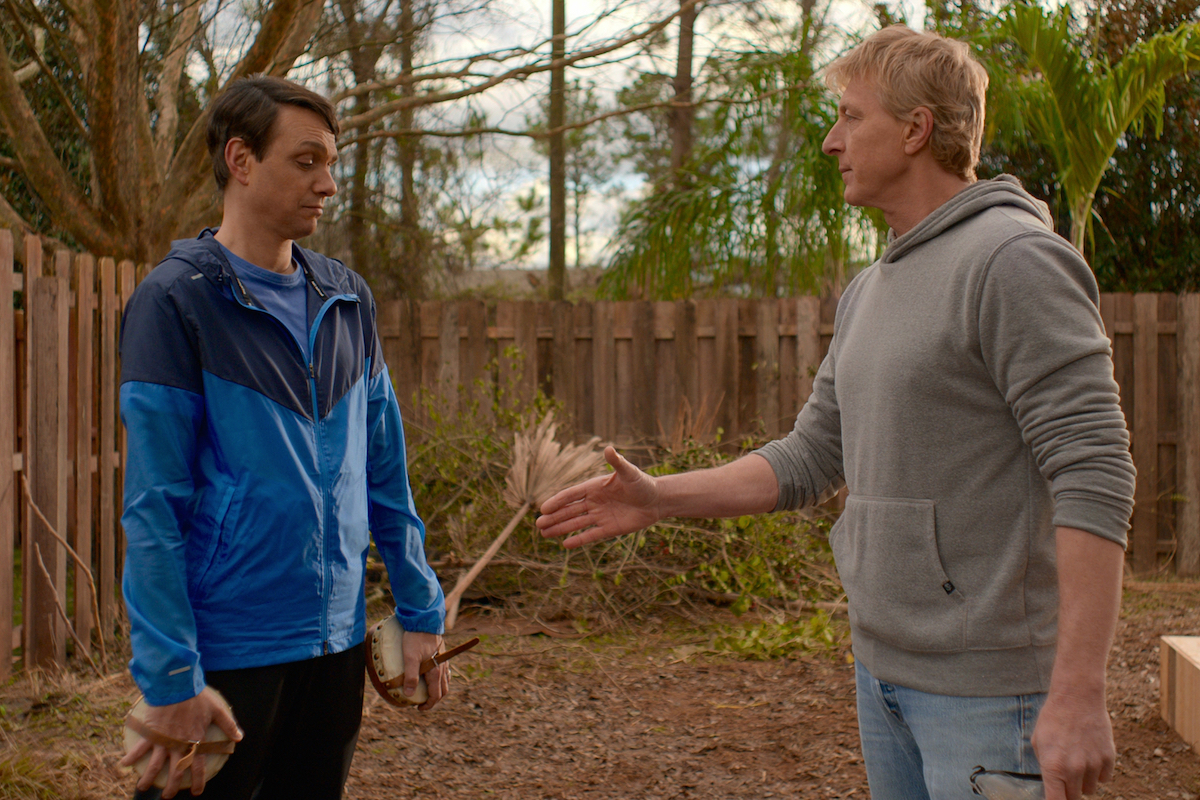 Carrie Underwood shows up as the musical guest at the All-Valley Karate Tournament in Cobra Kai Season 4. Underwood had already made her fandom public.

“Carrie had tweeted about watching and enjoying Cobra Kai,” Heald said. “We were like well, that’s great because we have this story we’re working on here. Wouldn’t that be amazing if it worked out? We wrote her a passionate letter and said, ‘We are fans, we have a feeling you’re a fan of the show. Would you be willing to come do this with us and play yourself and really step into this universe?’”

Underwood does not perform one of her own hits on Cobra Kai Season 4. She sings the Survivor classic “The Moment of Truth.” Survivor sang “Eye of the Tiger” and “Burning Heart” in the Rocky series, the first of which was also directed by Karate Kid director John G. Avildsen.

“We had this idea for this song and creating this new arrangement with Zach [Robinson] and Leo [Birenberg], our composers, to have an updated version of ‘Moment of Truth,’” Heald said. “We kind of saw the forest for the trees and knew if she sang it, if she showed up, not only would it be a surprise, but the song itself would fit within this universe and could actually potentially transcend the show. It was a well received letter. She was extremely gracious and willing to get on her tour bus and come down from Nashville and spend a day with us. It was one of the best moments of filming season 4 for sure.”

The reaction to Carrie Underwood was real

Hurwitz added that they sprung Underwood on the crowd of extras sitting in the audience for the tournament scene.

“It was like a holiday on set,” Hurwitz said. “Everyone was blown away. We didn’t tell the crowd. There was the All-Valley crowd that we had in the audience there, a few hundred people. And no one knew who was about to step out there. So when she showed up in front of the crowd, that’s the authentic reaction of people being like, ‘Holy sh*t, Carrie Underwood is here at this All Valley tournament.’ It was one of the greatest days we’ve had on our show.”

For the folks at home, Heald reminded Cobra Kai Season 4 viewers that they had set up the celebrity guest in episode 6. They just made it look like there was no way they’d get anybody to perform.

“We had this idea that came up in the writers room that our Karate board, Ron in particular is pitching a celebrity appearance at the tournament,” Heald said. “You see him start to pitch the idea in episode 6 and of course we get a sense that every time this type of idea has come up, it’s been a disaster. Right away we’re setting the table. It’s a throwaway that Ron thinks big or even thinks medium and it usually doesn’t work out. So we kind of want the audience to see that, forget it and then have this big surprise moment.”