Prices might be down, as the popular marketing jingle goes, but listeners are definitely up.

Coles Radio is winning the hearts and minds of Australian digital radio listeners, with no sign of slowing down. The supermarket giant has been the number one DAB+ station in Australia for months, with a record national cumulative audience of just over 250,000 people. 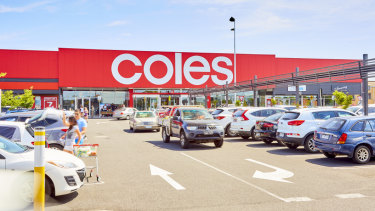 Coles Radio’s digital audience has increased by 26 per cent over the past two years.

The supermarket's easy-listening strategy appears to be working. Its audience has grown by 26 per cent over the past two years, with most of its listeners living in Melbourne (81,000 people), followed by Sydney (75,000) and Brisbane (49,000).

While Coles Radio is a popular choice for hundreds of thousands of Australians, some are a little shy about owning up to the fact they listen to music closely associated with buying bread and milk.

Last year, ABC TV host Leigh Sales tweeted: "I'm in a cab that's playing Smooth 91.5 and thinking how much I like it and how much it reminds me of Coles Radio, which I also like. It's only orthotics and death for me from here, isn't it?"

NOVA's head of audio, Jay Walkerden, is responsible for Coles Radio. In 2014, the supermarket giant asked NOVA to program music for more than 14 million of its in-store customers. The commercial broadcaster threw another idea into the mix: why not launch a fully-fledged digital radio station?

"We played with a bunch of music formats," Walkerden says. "Coles Radio is  aimed at what is a pretty vast audience. It's a tricky way to program a radio station.

"We're mindful that that the music on Coles Radio should be singalong, it should be familiar. In saying that, we do play some new songs … [but mostly] you know what you're going to get. It's a big, wide format which is easy to listen to from a family perspective. But it still keeps you in touch with what's going on in the world."

Walkerden says while the music offering on Coles Radio hasn't changed much over the past five years, the way it delivers its easy-listening programming has. The digital station now has a presenter who works Mondays through to Fridays from 4pm to 7pm (which happens to be the busiest weekday period for Coles supermarkets).

"When I'm shopping at Coles I see people singing along. You quietly smile to yourself, thinking, it's working. People enjoying themselves while shopping is pretty powerful."

What is DAB+ radio?

DAB+ stands for 'Digital Audio Broadcasting'. It is the most widely-adopted digital radio standard worldwide, allowing for clearer reception and more stations.

DAB+ uses higher frequencies than both AM and FM radio and tends to be available in newer car models. The frequency is currently being rolled out in major regional centres. DAB+ only stations include Coles Radio, Chemist Warehouse Remix and Edge Digital.