DUA Lipa has made headlines since bursting onto the music scene in 2015 but her singing is not the only thing making front page news. 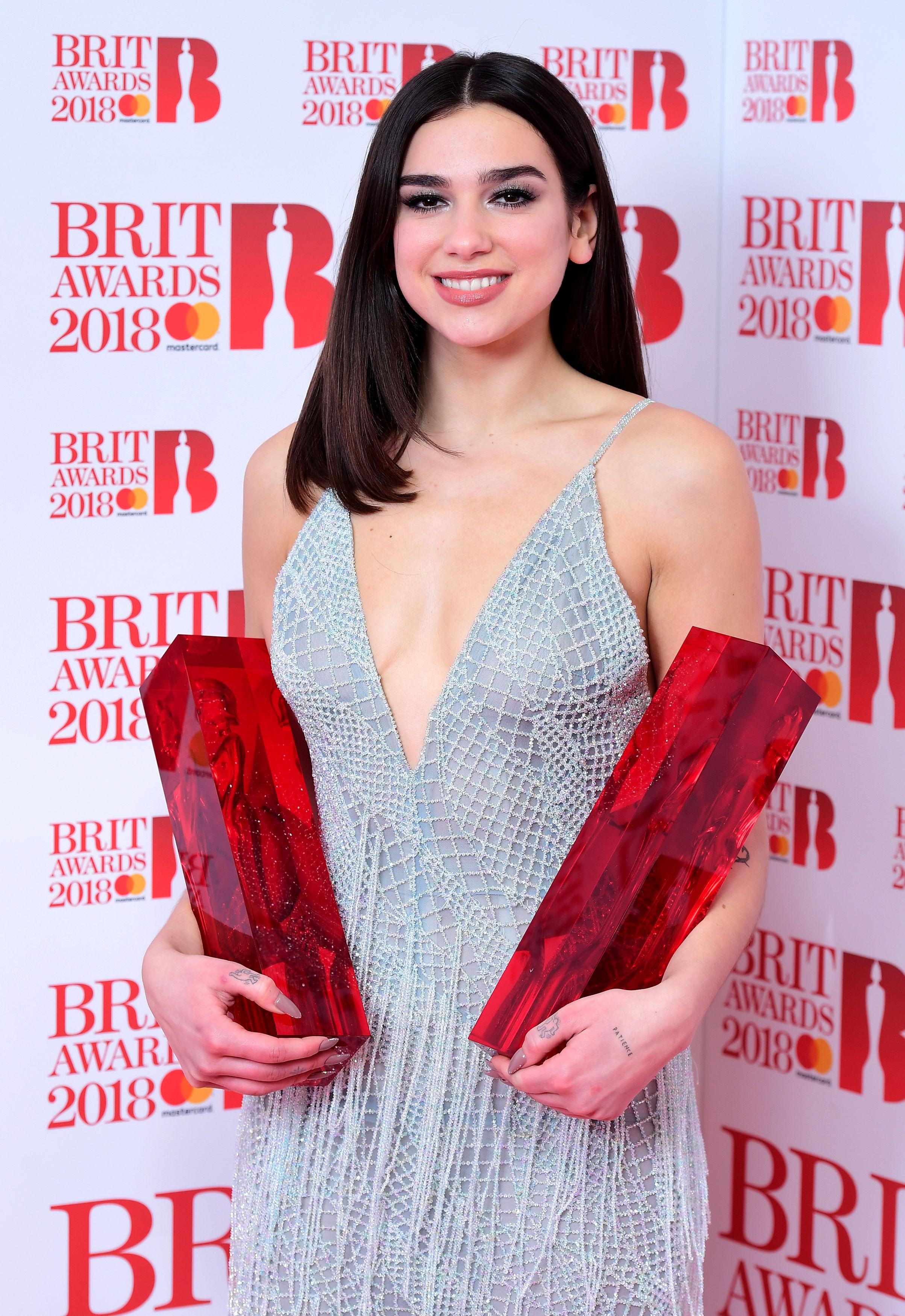 Who is Dua Lipa?

Dua Lipa was born in London on August 22, 1995, and attended Sylvia Young Theatre School before moving to Kosovo with her family in 2008.

She comes from a musical background with her father, Dukagjin Lipa being a Kosovar Albanian rock singer as well.

Returning to the UK at the age of 16, Dua picked up work as a model and tried to launch her singing career.

Using YouTube as a platform from the age of 14, she became known for her cover songs before landing a deal for her own material. 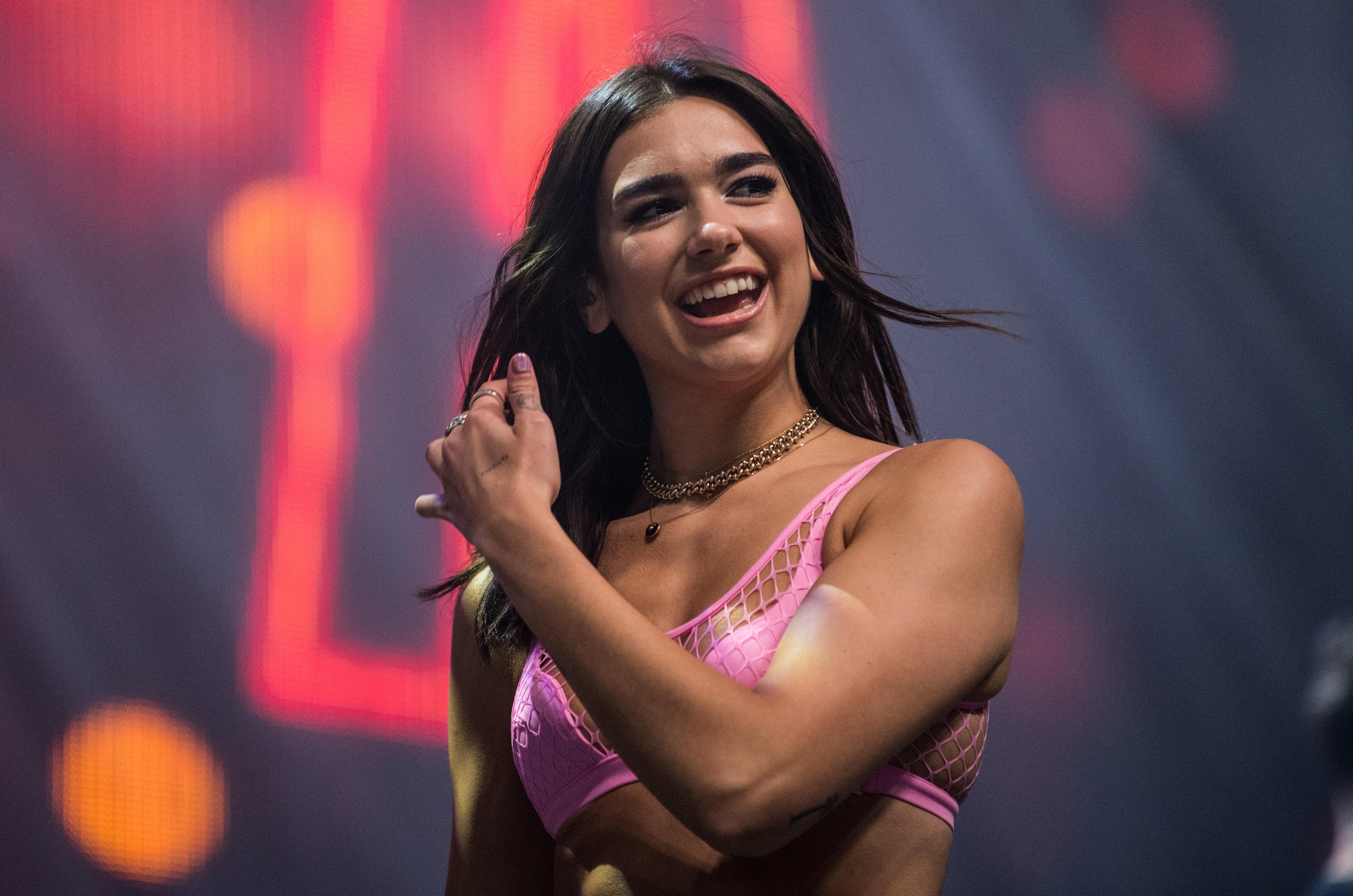 What has Dua Lipa's career been like so far?

In 2015, Dua was signed with Warner Bros. Records, released her debut single New Love, and began working on her debut album.

Her second single saw the rising star gain success across Europe, charting in eleven top ten charts across the continent.

However, her major breakout single was Hotter Than Hell, which gained recognition in both the UK and the US.

She finally released her full debut album, which was self-titled, in June 2017 – after the release date was repeatedly pushed back.

Ahead of the release, Dua revealed the album's lyrical themes are all based on her personal views on love, sex, and self-empowerment.

Lipa has a writing credit on every single song except the first one so you know that her heart and soul really went into this album.

Coldplay frontman Chris Martin and Dua Lipa wrote the final song of the album together, Homesick.

At the start of December, it was revealed that Dua Lipa was Spotify's most-streamed female of 2017 in the UK. She was even ahead of stars like Beyonce and Taylor Swift.

The singing sensation picked up two gongs at the Brit Awards 2018 and was part of the line-up of performances at the glamorous event.

Another award was added to her long list of achievements in September 2018, when she received a GQ Award for Solo Artist of the Year.

The star has recently made headlines after her China concert took a shocking turn, with heavy-handed police officers dragging out fans who got up to dance and waved a rainbow flag.

This year, she won Best New Artist at the Grammys 2019 as she continues to go from strength to strength. 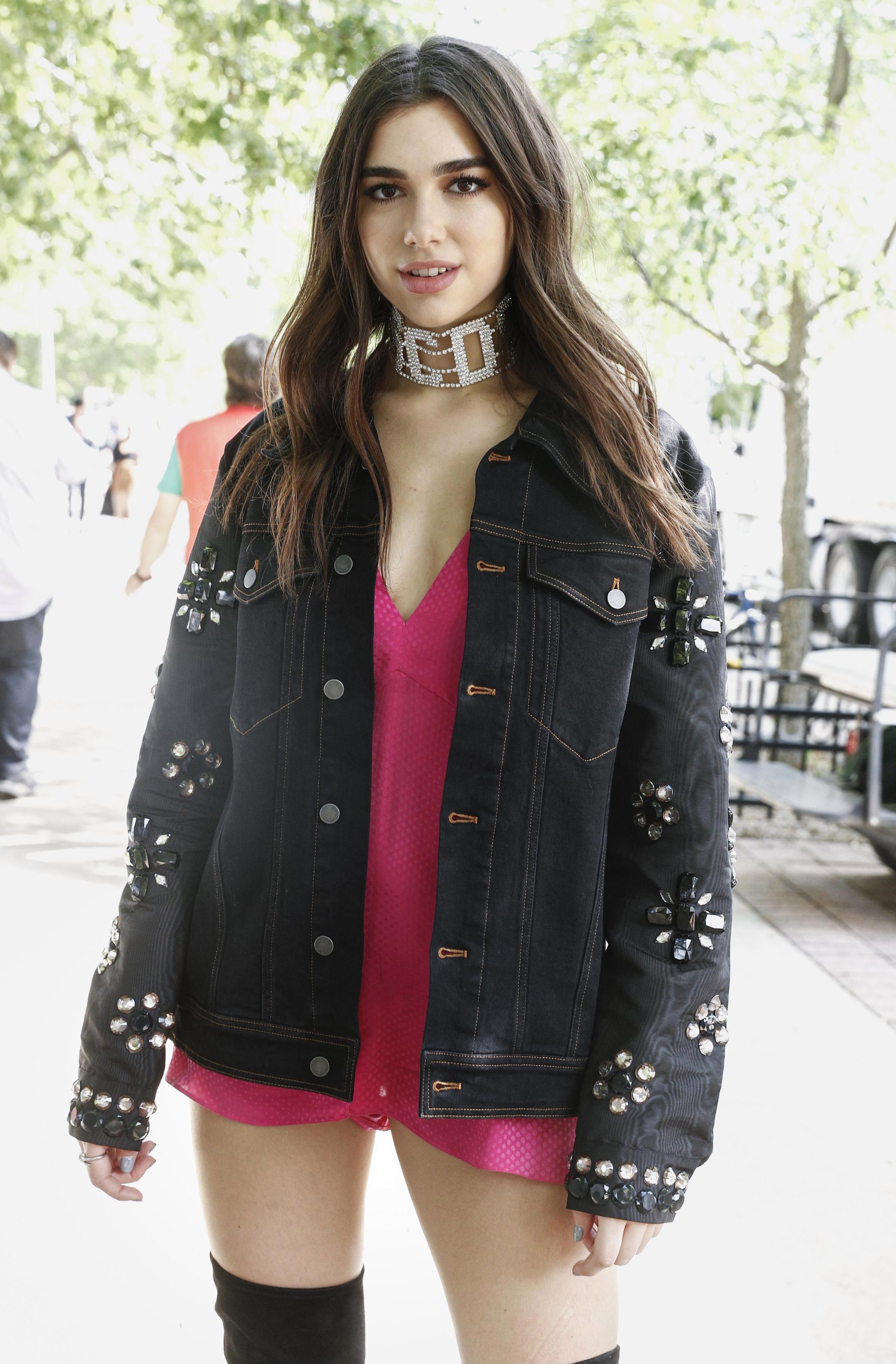 What are Dua Lipa's biggest songs?

As much as she's known for her music, Dua has also been romantically linked to several A-list musicians.

At a Brits afterparty, Dua was spotted by The Sun Online flirting with superstar DJ Calvin Harris.

An onlooker described the pair as "glued at the hip" and said they were getting on very well.

The Sun also revealed that she split up with singer Paul Klein.

Dua and Paul — who is in the rock band LANY — got together after meeting at the British Summertime gig in London’s Hyde Park last summer and spent Christmas together in London.

But their romance fizzled out earlier this month and Dua has now been messaging celebrity chef and model Isaac Carew, who she dated for two years until February 2017.

A source said: “The break-up has brought back memories of Isaac, who she split with this time last year.

“She has been messaging him again but she has been out of the country for the last few weeks so they haven’t seen each other.”

But the Sun Online has now revealed that Isaac Carew has been spotted in G-A-Y nightclub getting close with a mystery brunette.

The singer’s boyfriend has been caught grinding with another woman behind her back — while Dua’s No1 hit played in the background.

It comes just a fortnight after he and Dua were photographed together on several dates in London, confirming they had rekindled their romance.

The songstress split from her boyfriend Isaac in June, 18 months after they reconciled.

They first began dating in 2013 and they were together for three and a half years until early 2017.

At Glastonbury 2019, the singer reportedly kissed Coldplay's Chris Martin, who at the time had recently broken up with Fifty Shades of Grey actress Dakota Johnson.

A source told The Sun: "hen they headed to the Guerilla bar in the Shangri-La area, he saw his moment and they shared a kiss."

However, Chris' representative has denied they smooched, with the spokesman saying: “We would like to confirm that Chris Martin and Dua Lipa did not kiss at Glastonbury and are just friends. "They were both in the same area of the festival with a larger group of friends.”

Hours after the reports of their kiss broke, Dua said she has "lost her sanity" at Glastonbury.

Sharing a photo of herself, dressed in a black and silver bikini top, gesturing out of the side of the frame on Instagram, she wrote: "Me pointing at my sanity that decided to leave my side at approximately yesterday afternoon. If found… BIG REWARD!".

What did Dua Lipa win at the 2018 Brit Awards and who did she bring on stage with her?

Dua Lipa picked up the first award of the evening, scooping the prize for Best British Female at the 2018 Brit Awards.

Dua followed that award up with the Best British Breakthrough award for which she was up against Dave, J Hus, Loyle Carner, and Sampha.

For the win, Dua brought on stage her younger brother Gjin and sister Rina because, at the bottom of her album, Dua explained that her footnote asked her fans to believe in magic and Dua wanted her siblings to experience that first hand. 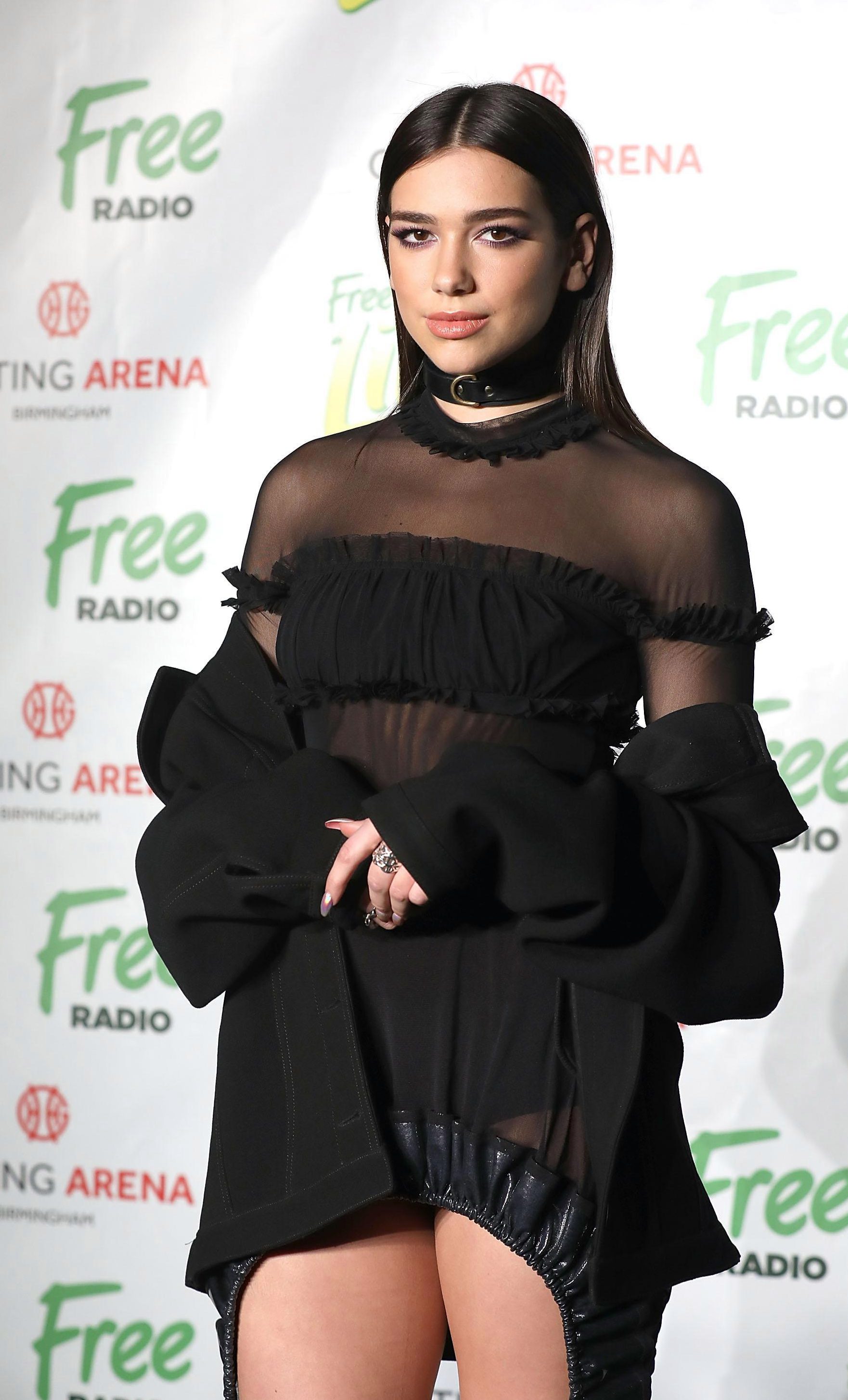 When did she sing at the Champions League final?

Dua Lipa performed before the big kick-off at 7.45pm.

And she was asked to finish more promptly than the Black Eyed Peas did last year.

Real Madrid and Juventus players were forced to wait in the tunnel in Cardiff as the 2017 Champions League final kick-off was delayed due to will.i.am and co overrunning.