ANT AND DEC have penned their one-liners, the producers have signed up their celebrities, and the viewers are waiting for all things I’m A Celebrity… Get Me Out of Here 2019 to kick off.

But there is just one slight worry at the moment for ITV bosses — giant bush-fires sweeping across the east coast of Australia. 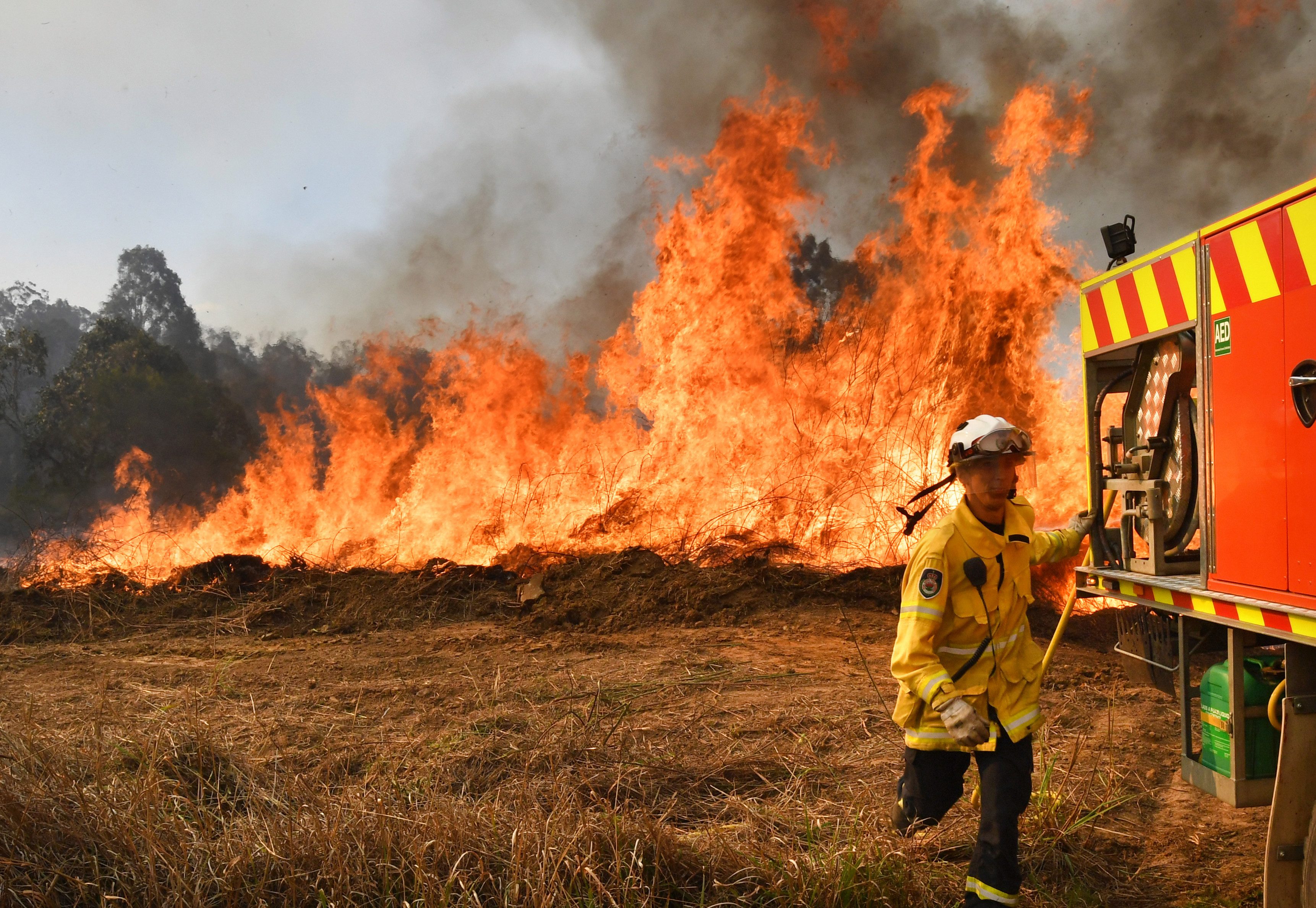 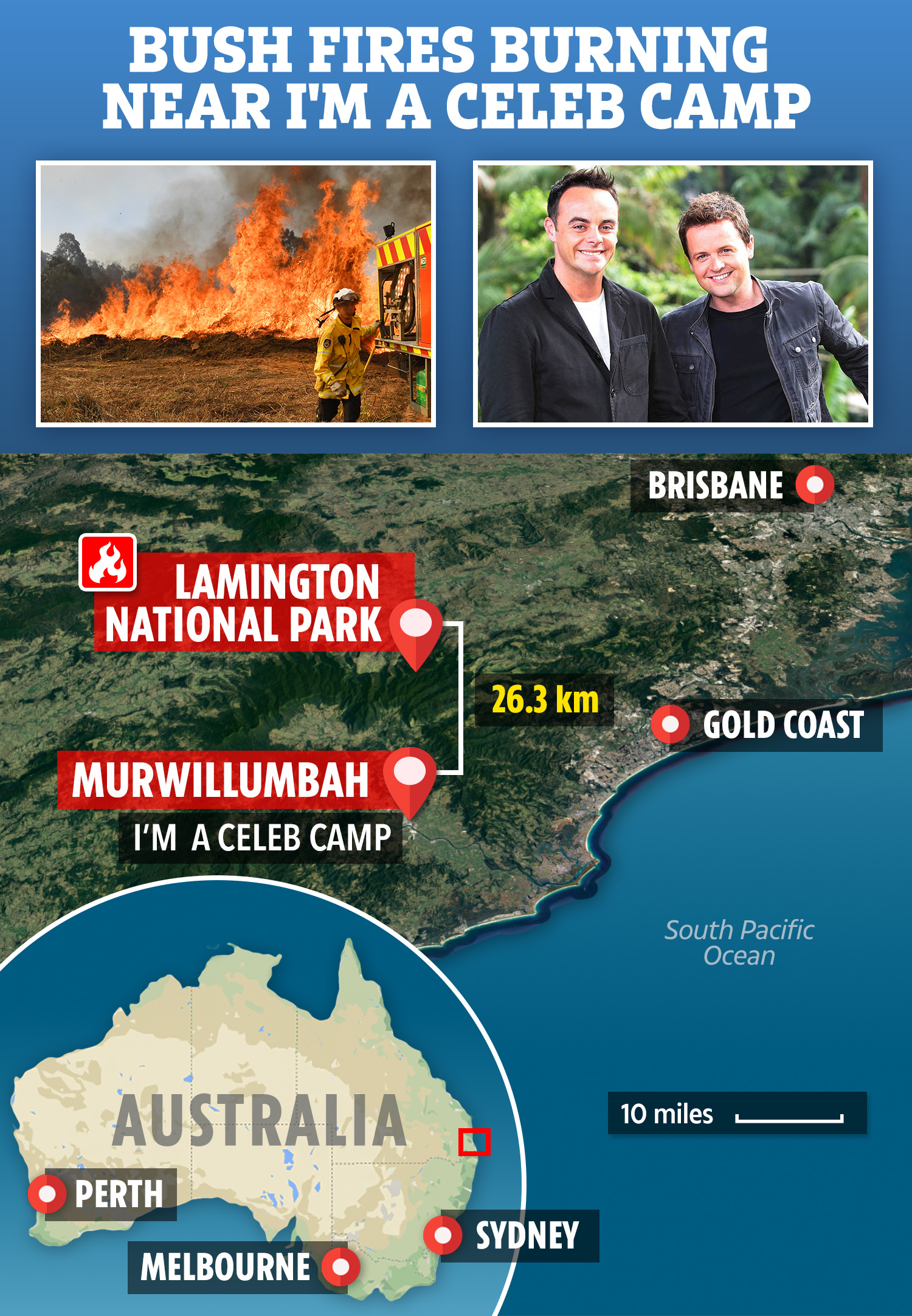 I’m told that the blazes, which have caused mass evacuations of homes in the area of the Gold Coast, are now dangerously close to the state-of-the-art studio — an old banana plantation in Murwillumbah.

There are more than ten bush-fires in total, with two of them currently declared “out of control” by firefighters.

A source said: “The fires are pretty scary right now.

“They’re a bit of a law unto themselves and a change of wind direction can send them on a collision course with the camp. 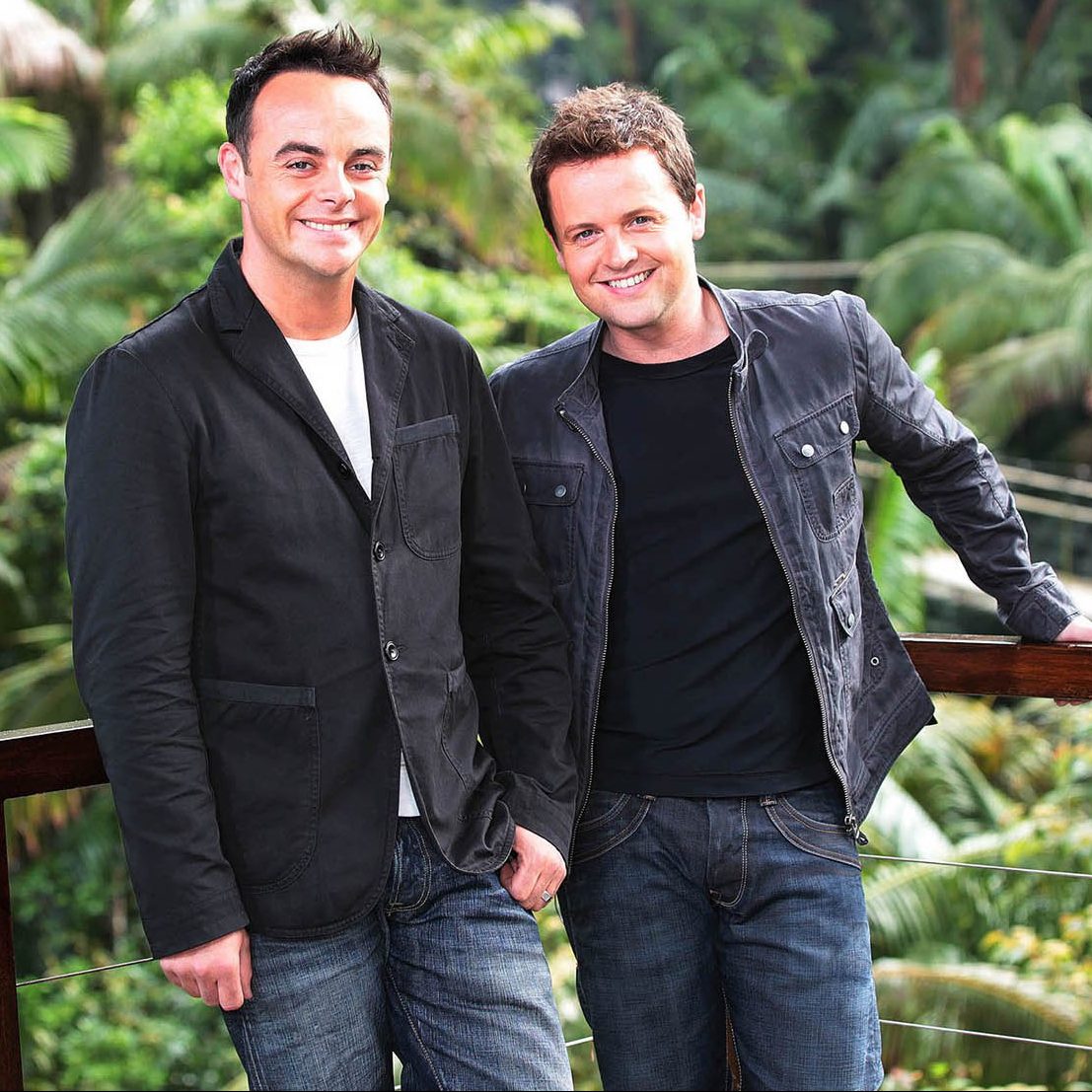 “ITV’s jungle is actually a banana plantation that cost £7million to turn into a working TV studio so if the fire gets any closer to it there will be some very worried executives.

“For now they’re crossing their fingers that the weather helps them and the firefighters keep on top of the worst of it.”

The show, arguably one of the best things on telly, will be back in November with a bumper line-up.