Lorraine looked a little bit different on ITV on Monday as Cat Deeley stepped into the presenter’s role while Lorraine Kelly takes a break. And there was plenty for Cat to get through, including interviews with Stacey Solomon and BRIT Award winner Tom Odell. However, the biggest talking point from Monday’s show was a chat with Countryfile’s Adam Henson who gave viewers a rather unique and graphic insight into his goings-on at the farm.

With lambing season in full swing, Cat was over the moon to be joined by Adam on his farm armed with two newborn lambs in tow.

In a sweet moment, Adam joked with the Lorraine host that he would be naming the two Cat and Lorraine.

Cat let out a laugh as she gushed over the adorable creatures, telling Adam: “I’d love that.”

But later in the show, Cat returned to Adam on his farm with his “Lamb Cam” and managed to catch one of the ewes giving birth live on air. 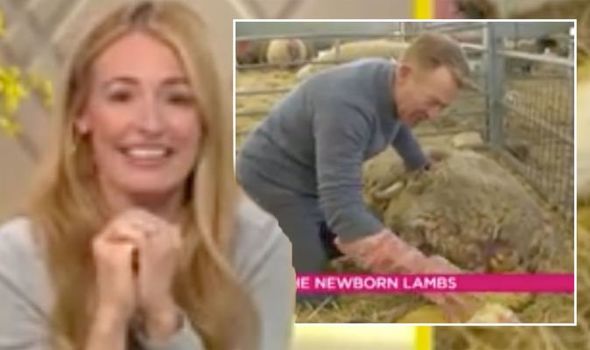 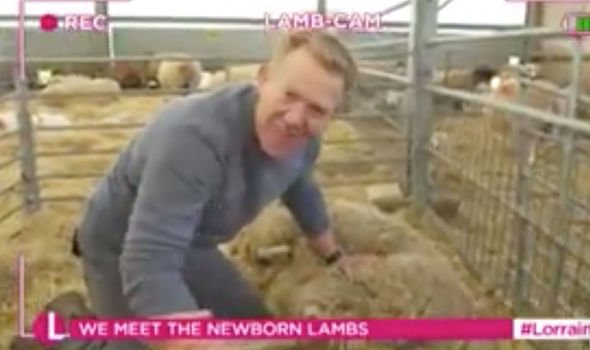 “It’s going to make me cry,” Cat said as she watched the birth play out on-screen.

And Adam got to grips making sure everything was safe and sound for the ewe and her newborn lamb.

However, the heartwarming miracle of life appeared to bypass a number of viewers at home who weren’t best pleased to be watching the graphic scenes play out.

“Who the hell thought it was a good idea to show a lamb being born on breakfast tv? Breakfast means breakfast… not sheep juice whilst I’m eating my Shreddies. @lorraine #GMB,” one fan vented. 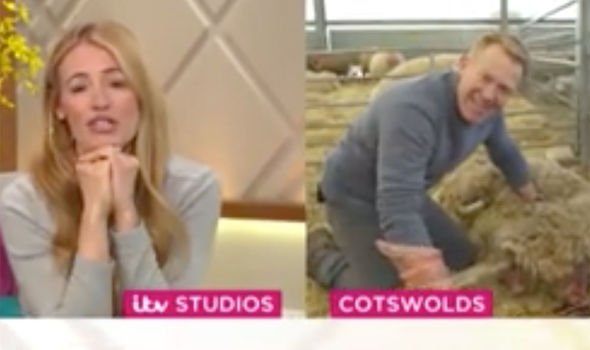 A second agreed: “[sick emoji] too early in the morning #lorraine.”

While a third weighed in: “Urrgg İ’m eating my breakfast #Lorraine.” (Sic)