JAKE Quickenden has told nasty trolls to "go f*** yourself" after they sent sick messages wishing his pregnant girlfriend Sophie would have a miscarriage.

The 32-year-old felt sick to his stomach after someone wrote: "Hope ur gf loses the baby." 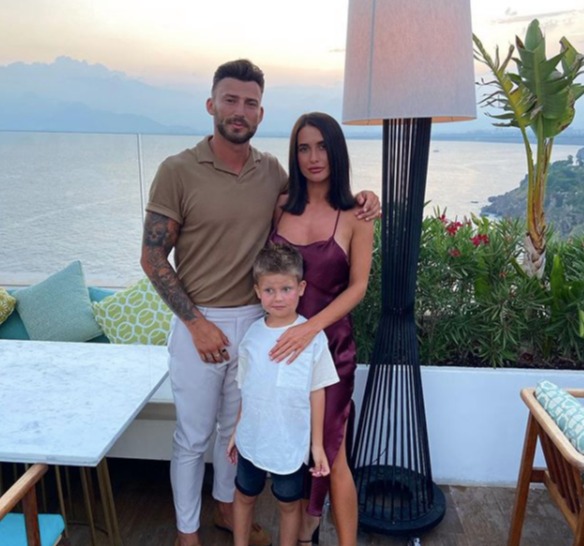 Jake said: "Never thought a tweet would make me feel sick, if only you new how hurtful this is not only to us but so many other people!! Please grow the f*** up quickly."

Sharing the horrendous comment with fans, Jake wrote: "Honestly thank you so much for all the love yesterday it was so amazing reading the comments and support, what I don’t understand is at a time of pure joy for me and soph still people ( if you can call them people ) send negative and disgusting tweets.

"If you don’t care about the news just don’t comment!!! It’s that simple!! Don’t be a sick and twisted… words can hurt!!

"I’m all for opinions but some things over step the mark, but just wanna say nothing will ruin our special day, special week or special year!! Trolls go f*** yourselves." 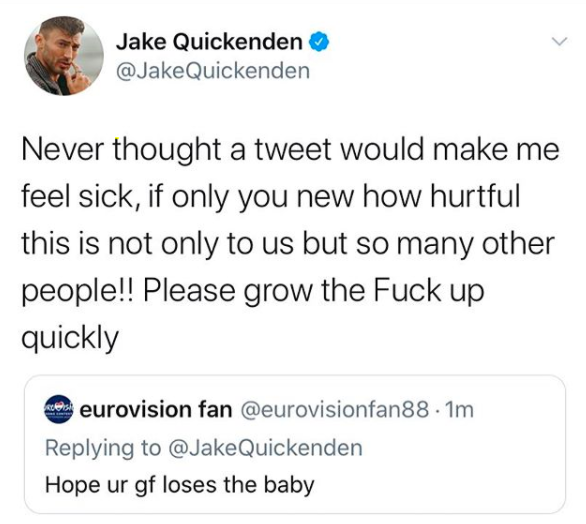 The Dancing On Ice champion revealed he's expecting a baby with his girlfriend Sophie Church after they suffered a heartbreaking miscarriage last year.

Jake is already a step-dad to Sophie's son Freddie, six, and have been trying for a baby for a year and a half.

The Sun Online first revealed they were dating in 2018 following his fling with Love Island star Darylle after he broke off his engagement to Danielle Fogarty. 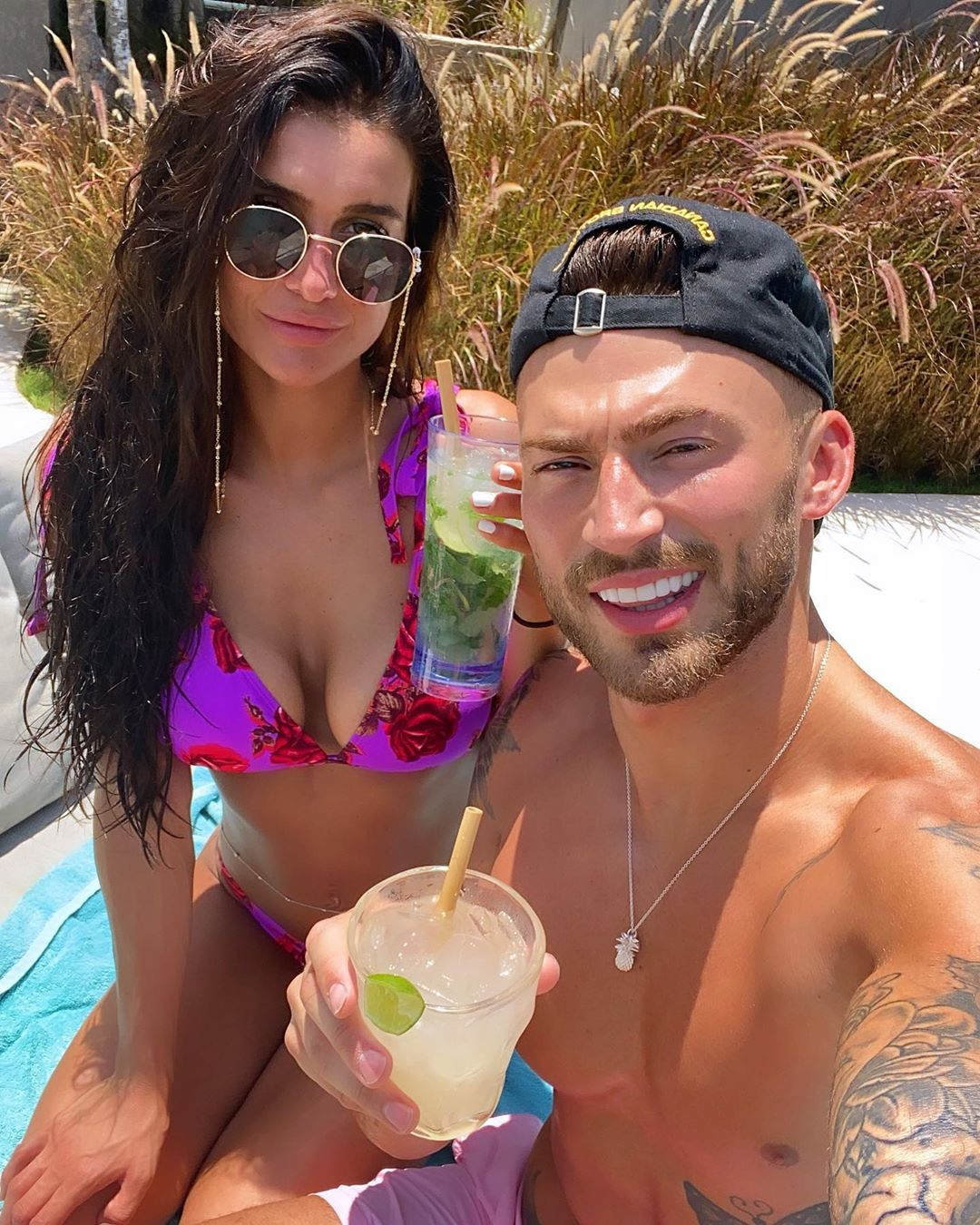 Jake was flooded with congratulatory messages, but was left shaken by the death threat tweet from a Eurovision fan account.

Jake's celebrity friends rushed to support the star, with Dan Osborne commenting: "What a sick c**t! Some people really are vile man! X."

Katie Price's ex Kieran Hayler said: "This is not acceptable. Something needs to change."

Marcel Somerville added: "Bro that’s is absolutely disgraceful! These trolls are fucking relentless. Absolutely vile man! All the best with the little one, congrats."
The tweet has since been taken down.