The pair headed off to the STAPLES Center in California to soak up the amazing atmosphere for the opening night of the National Basketball Association (NBA). 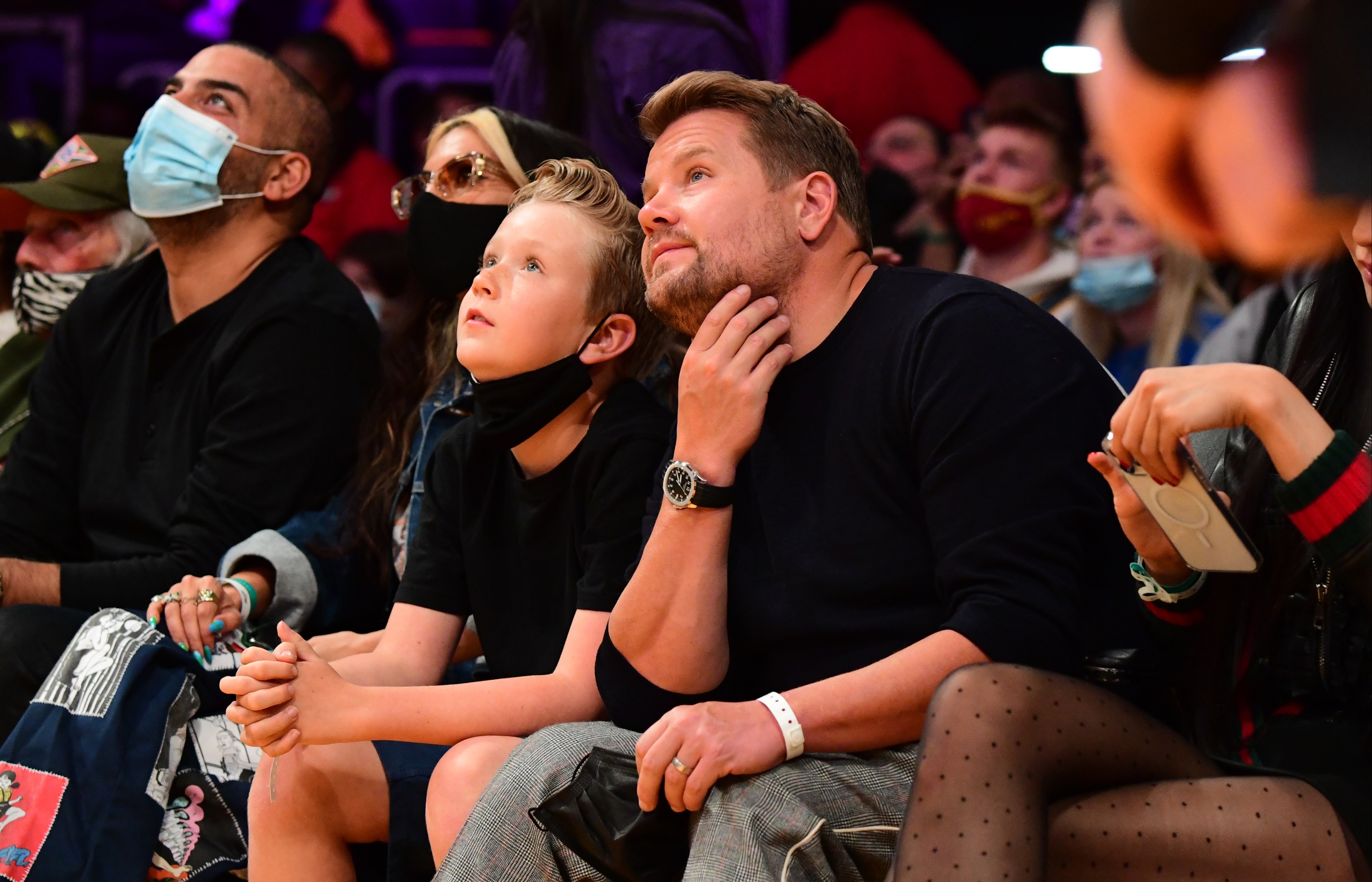 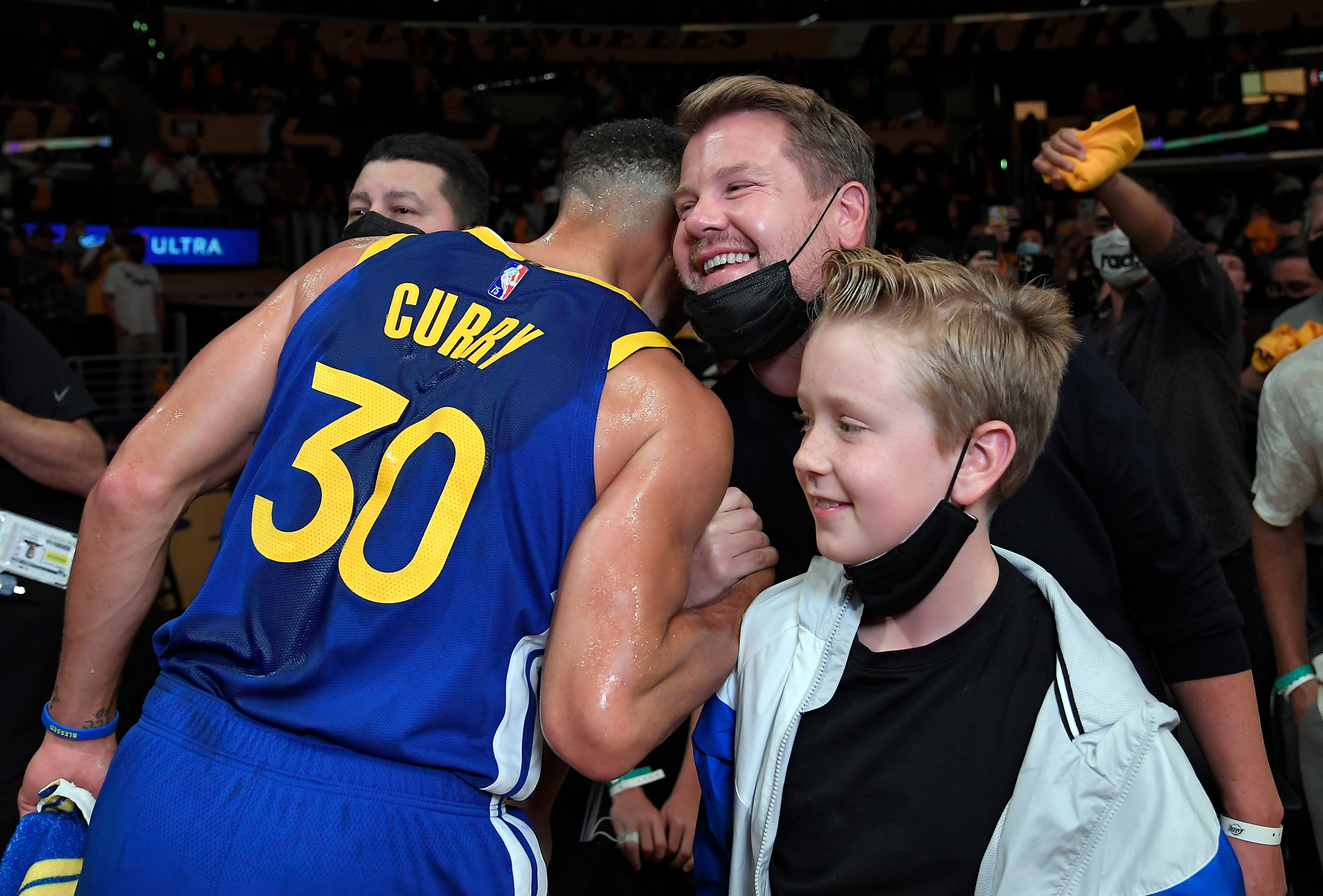 The telly star, 43, and 10-year-old Max looked very invested in the game as they looked up at the screens from the crowd.

He wore a plain black jumper, smart grey trousers and a pair of white trainers for the night.

The talk show host also wore a black and silver watch on his wrist, as well as face mask to protect others in the arena from Covid-19.

Max looked very similar to his dad in a plain black t-shirt and blue shorts for their father-son bonding session.

The youngster completed the look with a pair of black trainers, a blue and grey Nike jacket and a black face covering.

At the season opener, the Los Angeles Lakers were beaten by the Golden State Warriors 121-114.

The Gavin and Stacey star likes to keep his family life out of the spotlight.

London lad James and his family moved to Los Angeles in 2015 to host The Late Late Show, which now has eight successful seasons.

He has been married to Julia Carey sine 2012, after first locking eyes with her in 2009.

They welcomed Max into the world in 2011, which was followed by their first daughter Carey, six, three years later.

Then in 2017, Julia gave birth to their third child Charlotte, three. 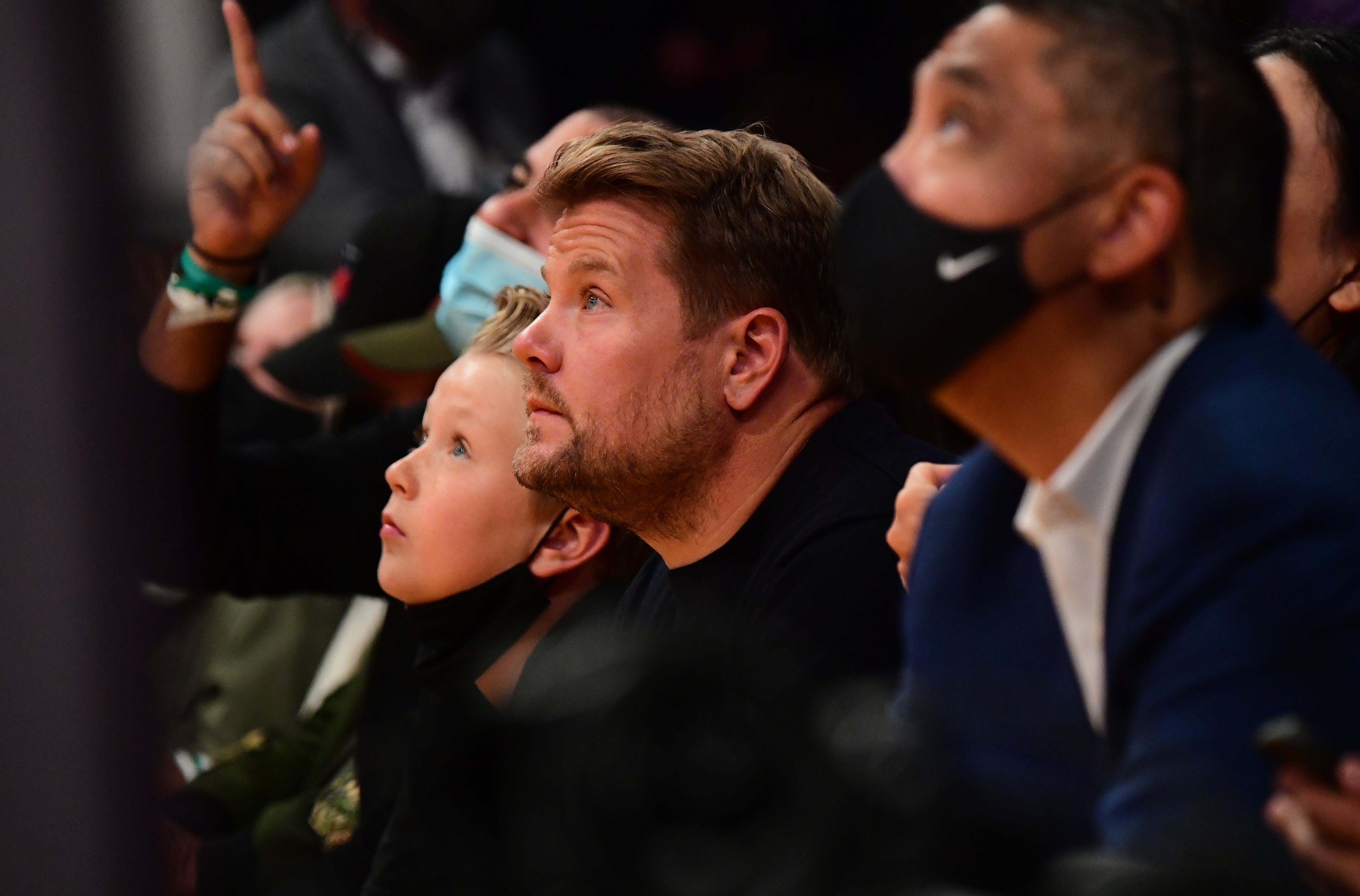 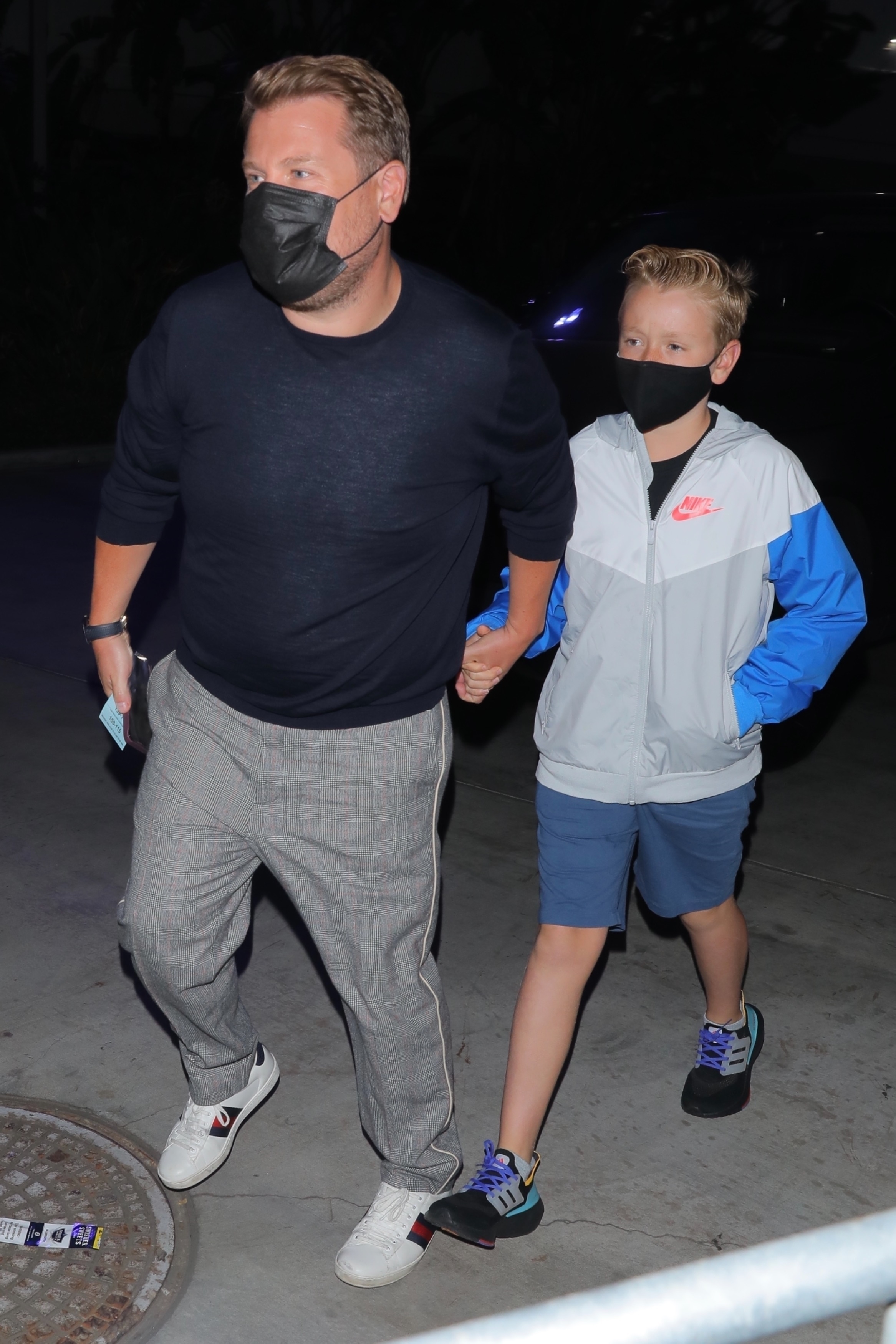