Project had been in development since June 2018 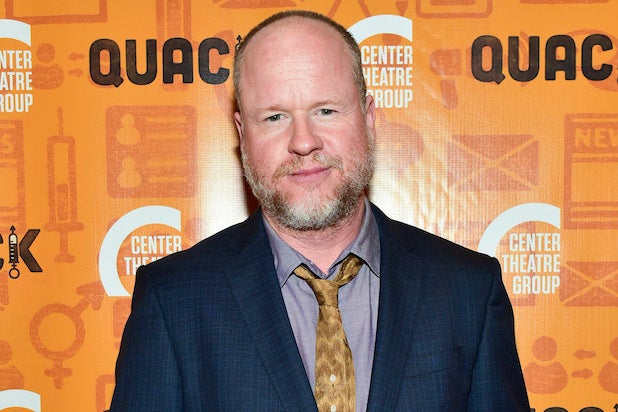 Representatives for Freeform and Whedon did not immediately respond to TheWrap’s request for comment on when and why the show, which had been in development at the Disney-owned cable channel since June 2018, had been scrapped.

The half-hour project was created by Siobhan Thompson and Rebecca Drysdale and centered on the title character Pippa Smith, a 20-something who played a former kid sleuth on TV, “as she deals with relationships, addiction and being too dang old for the detecting game.” The show was set to see Pippa solve a new case in every episode, “while unraveling a larger mystery and attempting to navigate her messy personal life.”

Last Friday, WarnerMedia said it had concluded its investigation into accusations by actor Ray Fisher of inappropriate conduct during the production of 2017’s “Justice League,” which Whedon took over directing after filmmaker Zack Snyder had to step down, and that “remedial action” was taken. Though the company declined to clarify what that meant.

Fisher, who played Cyborg in the “justice League,” publicly accused Whedon of “gross, abusive, unprofessional” behavior on set back in July, and said Whedon’s behavior was enabled by then-DC Entertainment president Geoff Johns, and by Jon Berg, former co-president of production at WB. Berg left the company in December 2017 as part of a “restructuring,” while Johns stepped down 7 months later.

That announcement came a few weeks after the WarnerMedia-owned HBO revealed Whedon had exited his sci-fi drama “The Nevers,” which he was set to write, direct and serve as showrunner on.

“We have parted ways with Joss Whedon. We remain excited about the future of ‘The Nevers’ and look forward to its premiere in the summer of 2021,” HBO said in a statement about Whedon’s exit from “The Nevers,” which was picked up straight-to-series in 2018 and was set to be the “Buffy the Vampire Slayer” creator’s first TV project since “Dollhouse,” which ran on Fox from 2009-2010.

“This year of unprecedented challenges has impacted my life and perspective in ways I could never have imagined, and while developing and producing ‘The Nevers’ has been a joyful experience, I realize that the level of commitment required moving forward, combined with the physical challenges of making such a huge show during a global pandemic, is more than I can handle without the work beginning to suffer,” Whedon said in a statement at the time. “I am genuinely exhausted, and am stepping back to martial my energy towards my own life, which is also at the brink of exciting change. I am deeply proud of the work we have done; I’m grateful to all my extraordinary cast and collaborators, and to HBO for the opportunity to shape yet another strange world. ‘The Nevers’ is a true labor of love, but after two-plus years of labor, love is about all I have to offer. It will never fade.”