Pratt and Neill are both the leading actors in their respective Jurassic films. In the original Jurassic Park, Neill plays Dr. Alan Grant, a paleontologist who is recruited by John Hammond (Richard Attenborough) to do an assessment of his dinosaur theme park. Since he is an expert on dinosaurs, he knows how their instincts work and the different traits of each species.

In Jurassic World, Pratt plays Owen Grady, an animal behaviorist who is recruited by Claire Dearing (Bryce Dallas Howard) to train the velociraptors at the park. Both Neill and Pratt’s characters are seen as experts on dinosaurs. However, the two differ in the sense that Pratt performs more physical stunts, making him more of an action star than a scientist. 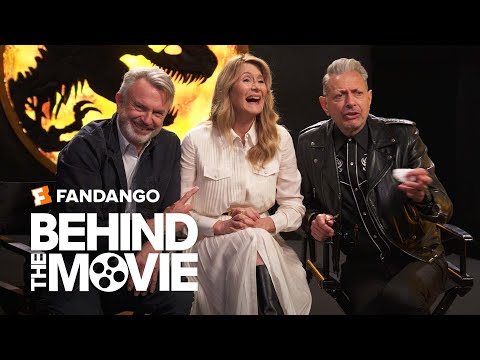 Fandango recently shared an interview with the original three Jurassic Park cast members: Neill, Laura Dern, and Jeff Goldblum. During the conversation, Neill shared how impressed he was with Pratt and said that it taught him what it meant to be an action hero within this industry.

Neill still had to do some stunts for the movie and he even talks about a scene where he had to run and was worried that he wouldn’t be able to keep up with his co-stars. However, he still managed to keep up to his own surprise.

Pratt initially gained recognition through his role as Andy Dwyer in NBC’s Parks and Recreation. Many knew him as a goofy, comedy actor but he quickly changed that with his leading role as Star-Lord in Guardians of the Galaxy. He has reprised the role in several other Marvel projects including Avengers: Infinity War. He will return to the role once more in Thor: Love and Thunder and Guardians of the Galaxy Vol. 3.

His role in Jurassic World cemented his status as an action hero, but he is still a gifted comedic actor as well, making him a dual-threat. Some of his upcoming roles are a bit odd, but will be curious to see as he is voicing Mario in a Super Mario movie and Garfield in an upcoming animated film.