“I understand that I fell short in these moments and in many others and benefited from a system that condones misogyny and racism,” pop star says 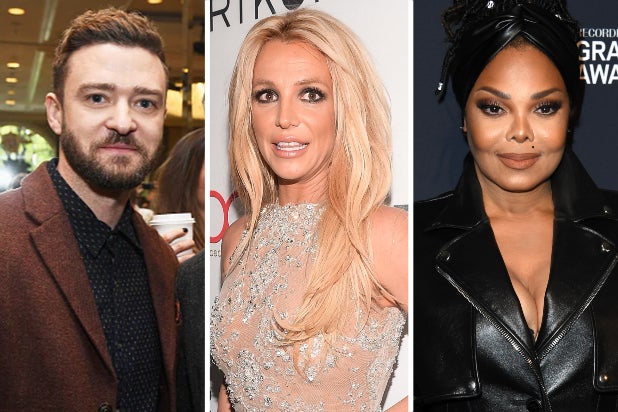 Timberlake says he’s seen the online backlash in the form of the “messages, tags, comments and concerns” and wanted to now respond, both to his former girlfriend Spears and his Super Bowl halftime show partner in Jackson.

“I am deeply sorry for the times in my life where my actions contributed to the problem, where I spoke out of turn, or did not speak up for what was right. I understand that I fell short in these moments and in many others and benefited from a system that condones misogyny and racism,” Timberlake said in an Instagram statement. “I specifically want to apologize to Britney Spears and Janet Jackson both individually, because I care for and respect these women and I know I failed.”

He continued: “I also feel compelled to respond, in part, because everyone involved deserves better and most importantly, because this is a larger conversation that I wholeheartedly want to be part of and grow from.”

The #FreeBritney movement has picked up steam this week as Spears has been back in the courtroom over a fight over her conservatorship, but the documentary “Free Britney Spears” that’s streaming on Hulu shone a new light on the media attention over Timberlake and Spears’ relationship. Many have pointed to a Diane Sawyer interview in which it was framed as though she was the one responsible for their break-up, and the documentary also surfaces other media clips of Timberlake admitting that he slept with Spears.

Timberlake also put out a video for his song 2002 “Cry Me A River” that featured an actress who resembled Spears, feeding the narrative that she had cheated on him and was to blame for the break up.

As for Jackson, while she was not the focus of the recent documentary, others online made the connection that after Timberlake and Jackson’s Super Bowl performance with the infamous “wardrobe malfunction,” Timberlake’s career continued unscathed and he managed to avoid responsibility for the incident while Jackson’s career cratered and harmed her reputation for years.

“Framing Britney Spears” focuses on Spears’ conservatorship, which the pop star’s father Jamie Spears has controlled since 2008. But it also broadly points out the general misogyny in the media narrative surrounding Spears. Since then, social media has been buzzing with cringey, resurfaced interview clips, profiles and more that are obsessed with Spears’ sexuality or appearance, as well as similar examples about other pop stars from the late ’90s and early 2000s.