Prince Harry and Meghan Markle’s Christmas card photo has inevitably fallen under scrutiny with Kate Garraway questioning if it was released to ‘usurp’ the Queen.

The Duke and Duchess of Sussex shared the first glimpse of their daughter Lilibet Diana and the first real look at son Archie’s face on their new Christmas card, which was released on Thursday.

Hours later, Buckingham Palace published an image of the Queen from her annual speech ahead of its broadcast on Christmas Day.

However, some have accused Meghan and Harry of trying to overshadow the Queen’s moment.

During Friday’s Good Morning Britain, presenter Richard Bacon said: ‘They released their card half an hour before Buckingham Palace and the Queen did.’

Meghan and Harry’s card was actually released several hours before Buckingham Palace shared its photo of the Queen. 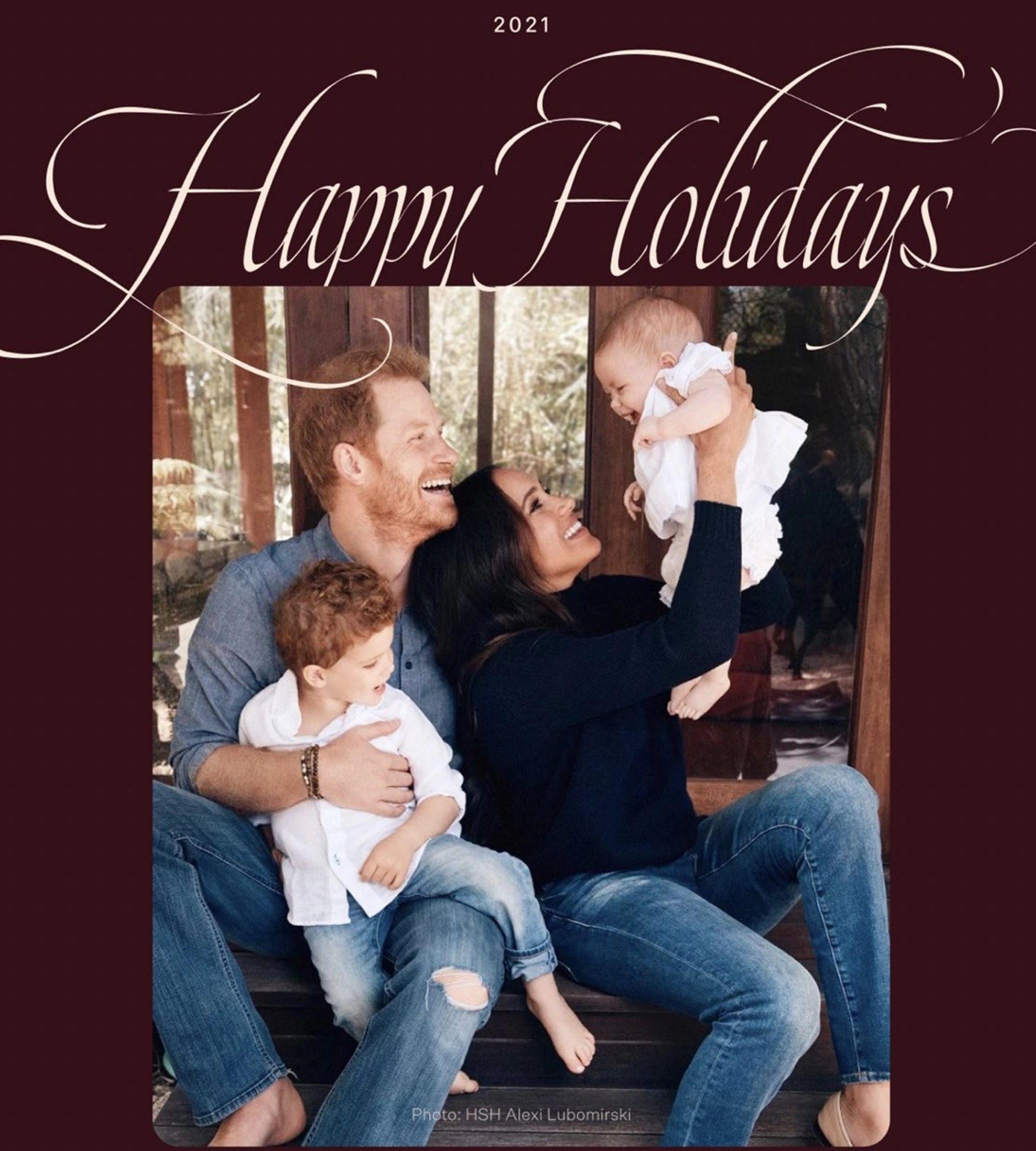 Kate then asked: ‘So is there a suggestion, Richard, that they kind of did that to in some way usurp the Queen?’

Former Blue Peter presenter Richard defended the Royal couple and responded: ‘It sounds ridiculous to me but that is obviously the suggestion. I think when you live on the west coast over there, you’re just the tiny bit not sure what time it is over here,’ referring to Harry and Meghan living in California.

‘Is that what you think?’ Kate replied.

She then turned to ITV News Royal Editor Chris Ship for his thoughts, to which he stated: ‘It had to be released at some point.’

Setting the timeline, he explained: ‘Let’s get some facts here, the Queen’s picture was released at 10:30 last night and that Harry and Meghan photo dropped into my inbox… at around 2 o’clock yesterday afternoon, so I don’t agree that it was done to usurp the Queen, no.’

Political commentator Iain Dale agreed: ‘I think it’s a lovely picture, why do people have to over analyse these things? I doubt that they would know when Buckingham Palace would release the other one.’