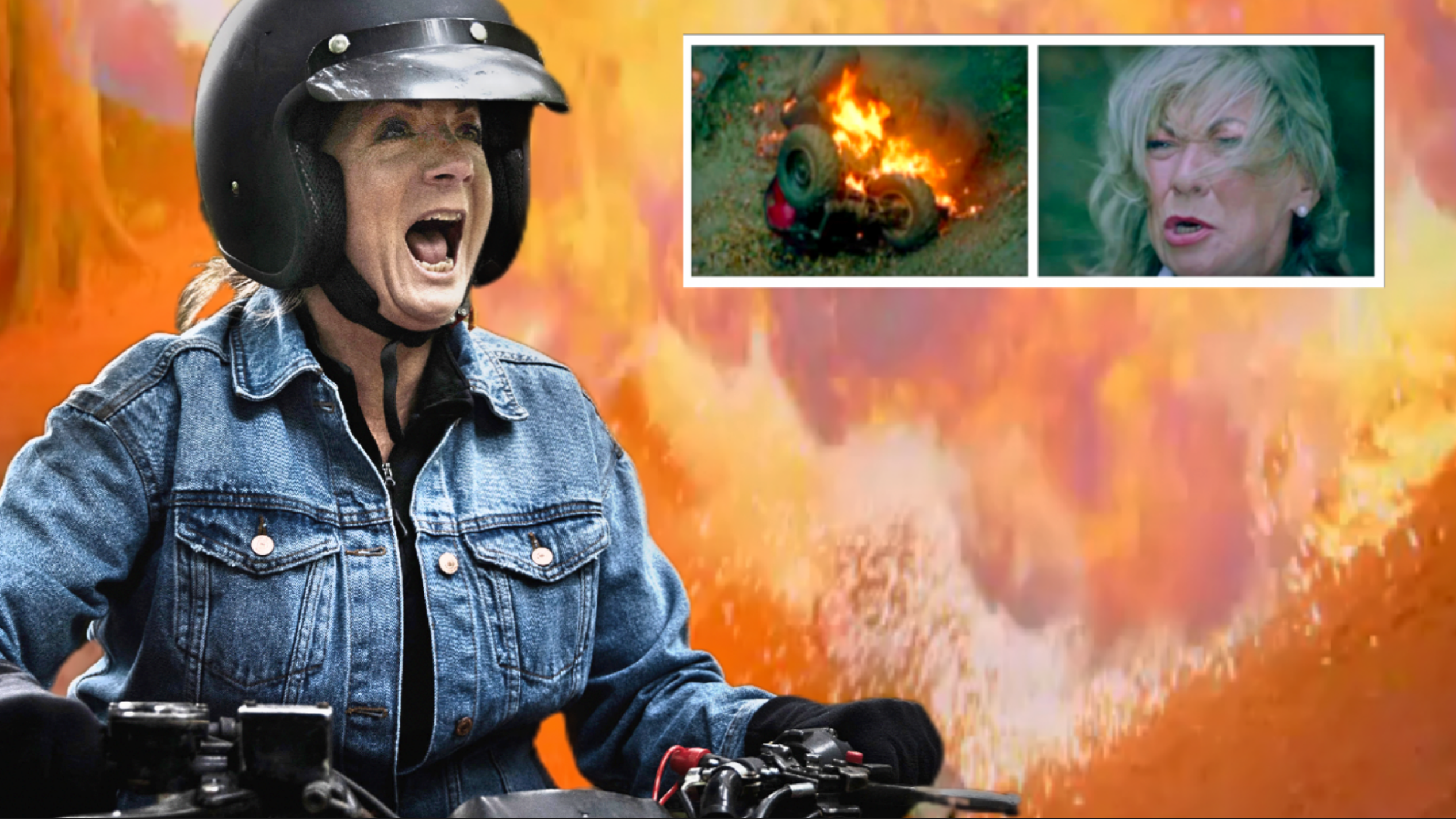 Kim Tate and Harriet Finch have been left for dead in an explosive end to Emmerdale’s 50th anniversary episode.

After a quad bike crash led to an almighty explosion, there is just now one question on fans’ lips: Will they die?

Kim, played by Claire King, and Harriet, played by Katherine Dow Blyton, put their feud aside to join forces and head out in search of missing Amelia Spencer (Daisy Campbell).

With a storm taking hold, Amelia holed herself up in a barn as her labour began prematurely.

Terrified, she cried out for help but her voice was unheard in the hurricane like winds.

Harriet turned up at Home Farm, where Kim was celebrating her marriage to Will Taylor (Dean Andrews), a man Harriet is in love with.

After a vicious row, an upset Harriet eventually threw in the towel and indicated to Kim that she would cause no more interference.

With news that Amelia is out in the storm, Kim headed out on her horse, while Harriet sped off in her car.

Heading off-road, she changed her mode of transport to a quad bike, shouting out for any sign of Amelia.

But driving a quad bike in these weather conditions is no easy feat, and Harriet lost control, thudding into a tree and falling down an embankment.

As she got to her feet, Harriet screamed in terror when the bike tumbled after her, crushing her beneath its weight.

Kim eventually arrived on the scene and was shocked to see Harriet in a bad way.

Seeing signs of life, Kim pulled Harriet out from beneath the wreckage. But, fate had other ideas and a bolt of lightning struck the quad bike, which was already leaking fuel.

An explosion blew both Kim and Harriet back. Harriet was already badly injured and Kim struck her head on a rock when she landed from the impact, so it’s not looking good for either.

Can they survive the catastrophe?