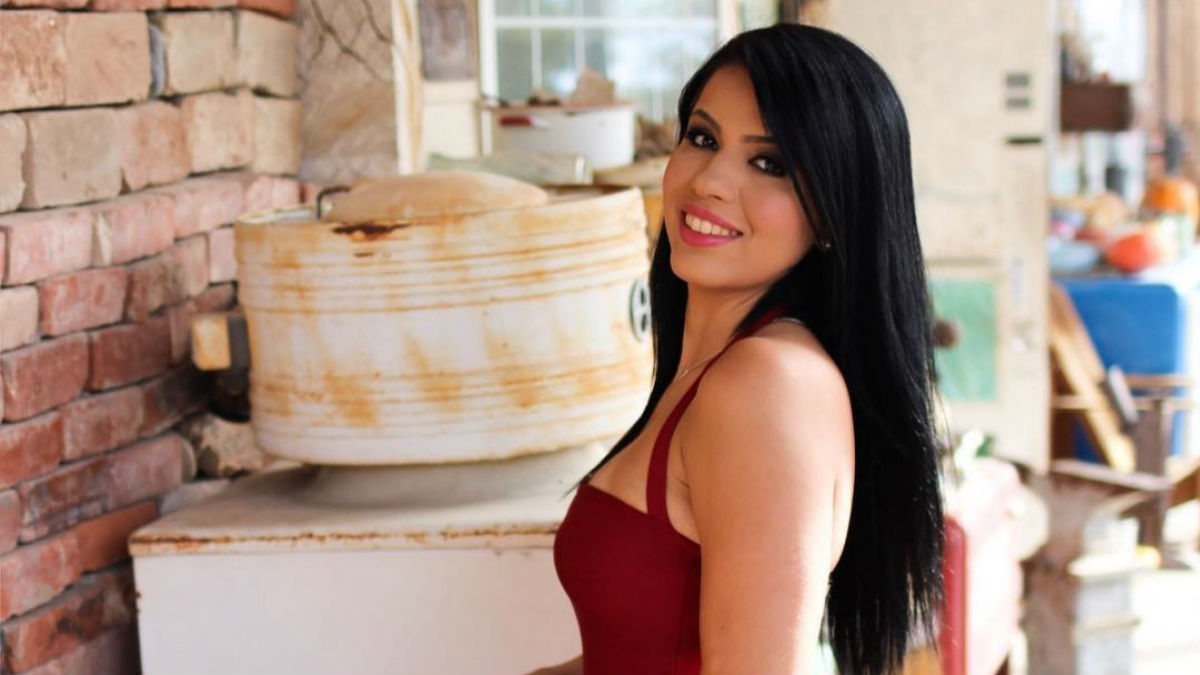 Larissa Lima just called herself a Tiger Queen on her latest sexy photo post after getting fired from 90 Day Fiance.

The TLC alum continues to prove that she doesn’t need the hit show to stay in the spotlight or earn money. Larissa uses several social media platforms to strut her stuff and utilize her assets to cash in while she can.

Sexy all the way

Larissa has come under fire for spending mega-money on plastic surgery to further her brand. The Brazilian beauty doesn’t care, though. She is just fine with making her body look sexier and displaying it for all to see.

A recent Instagram post showed Larissa lounging on the grass in black stilettos and a skin-tight, tiger print min-dress. Larissa completed the look with a slicked-back ponytail and a sultry look on her face.

The hashtag is a reference to her recent firing from TLC. Larissa’s involvement with the platform, CamSoda got her axed from the 90 Day Fiance franchise. TLC deemed that Larissa and her current activities aren’t in line with the network’s family values.

Along with CamSoda, Larissa is on OnlyFans, where she shares risqué photos because there are no nudity restrictions on the platform. Plus, both are subscription-based adult content platforms, so Larissa earns cash from the sexy content. 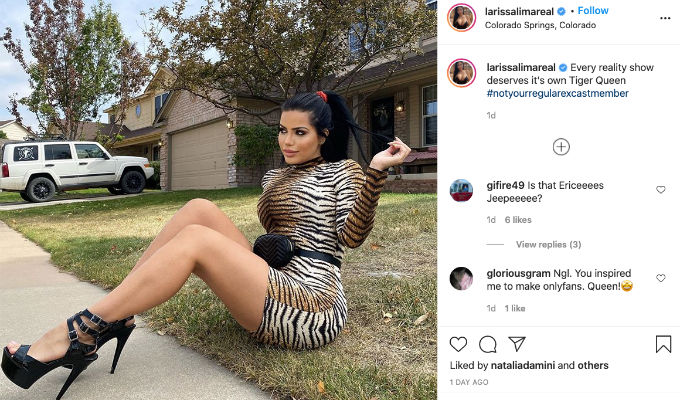 The 90 Day fiancé alum, whose recent appearance on the 90 Day Fiancé: Happily Ever After? Tell-All, was her last for the network, is not hurting for cash.

Online reports indicate Larissa has claimed she earned a whopping $100,000 on CamSoda. During an Instagram Stories Q&A, Larissa spilled that she was making more money on the various social media platforms than she was at TLC. She also called TLC old-fashioned with odd values considering some of the drama, language, and actions the network allows to play out on the small screen.

The former reality TV star also confirmed again that she was fired by TLC before her ICE arrest or detainment. Larissa worked to squash the rumors that her ICE issue was part of a publicity stunt created by the network.

Larissa Lima is doing just fine following her firing form TLC. She knows sex sells and has no problems showing off her sultry side for cash.

90 Day Fiancé: Happily Ever After? is currently on hiatus at TLC.