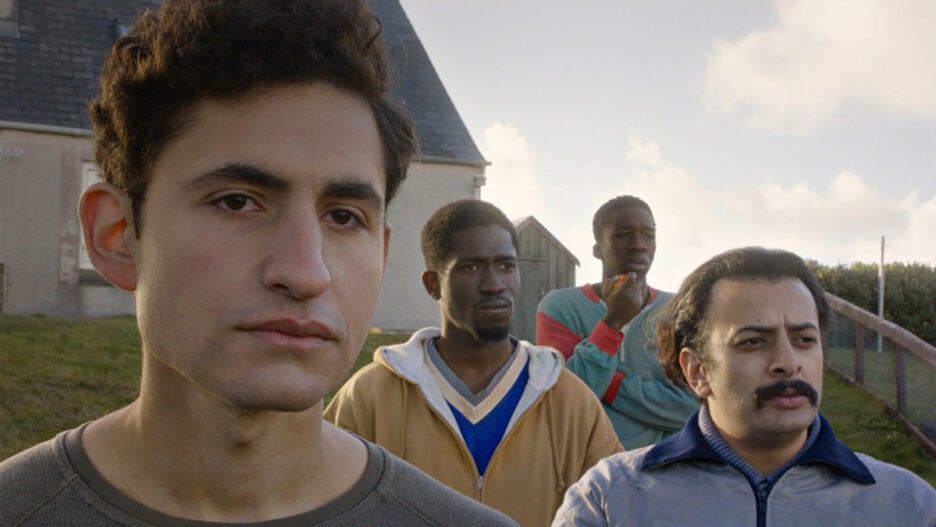 “A musician who doesn’t play music is dead” is an aphorism that gets mentioned several times in “Limbo,” but Syrian oud player Omar (Amir El-Masry, “Tom Clancy’s Jack Ryan”) isn’t dead; he’s just stuck on an island off the coast of Scotland, hoping for asylum.

In writer-director Ben Sharrock’s exquisitely crafted sophomore feature, Omar is one of several men from around the world caught between past and future, between despair and hope, sustained only by the possibility of leaving families and cultures behind and creating a new home for themselves. In the meantime, there is waiting, there are English lessons, and there are “Friends” reruns.

Omar spends most of the film carrying around his bulky oud without being able to play it — like most of the metaphors in “Limbo,” it’s more graceful in the execution than in the description — enduring a featureless landscape and enough wind for three “Wuthering Heights” remakes. 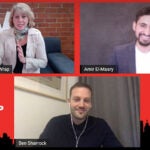 The authorities are none too kind to asylum-seekers caught working for an under-the-table salary, while the local denizens fall somewhere between welcoming and xenophobic: A carload of teens who grill Omar on whether or not he’s a terrorist also offer him a lift into town, since it’s about to start raining. (In the consistently sun-free skies of “Limbo,” captured brilliantly by Nick Cooke, it’s seemingly always about to start raining.)

As Omar deals with his inability to make music and his disagreements with his brother who stayed in Damascus to fight (while their parents fled to Turkey), his fellow refugees have issues of their own, from Afghani Farhad (Vikash Bhai, “Pandora”), who misses his chickens and dreams of an office job, to Hamad (Sodienye Ojewuyi) and Abedi (Kwabena Ansah), who claim to be brothers and to be Sudanese, although they may turn out to be neither. 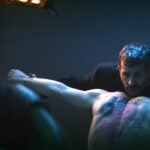 Sharrock demonstrates extraordinary skill in mining this material both for comedy and tragedy, sometimes simultaneously — an English class in which the refugees are taught the proper use of the phrase “I used to…” becomes a springboard for dark humor and for genuine pathos. The filmmaker (and his editors Karel Dolak and Lucia Zucchetti) know how to hold a static shot in a way that can be funny and then uncomfortable and then funny again, and it’s a tone that the actors match, particularly El-Masry, whose face can convey deadpan humor one second and then absolute heartbreak the next.

It’s the kind of movie set in a small town where even characters who appear briefly get their moments to shine; while Omar and Farhad, a wonderfully odd couple, are very clearly our leads, one could imagine whole other spinoff films exploring the interior lives of English teachers Helga (Sidse Babett Knudsen, “Borgen”) and Boris (Kenneth Collard, “Will”) or of Vikram (Sanjeev Kohli, “Stan & Ollie”), proprietor of a supermarket where the only spices are salt and pepper, and the only condiments are ketchup and mustard. 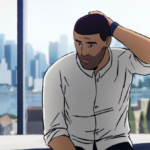 Tragicomedy is a challenging high-wire act for any filmmaker, and there are certainly moments when “Limbo” could easily have tipped into easy, triumph-of-the-human-spirit sentimentality, but the tone is unwavering, capturing both the absurdity and the agony of its protagonists’ predicaments. It handles real-life issues from a place of real compassion and understanding without reducing its characters to mere metaphor.