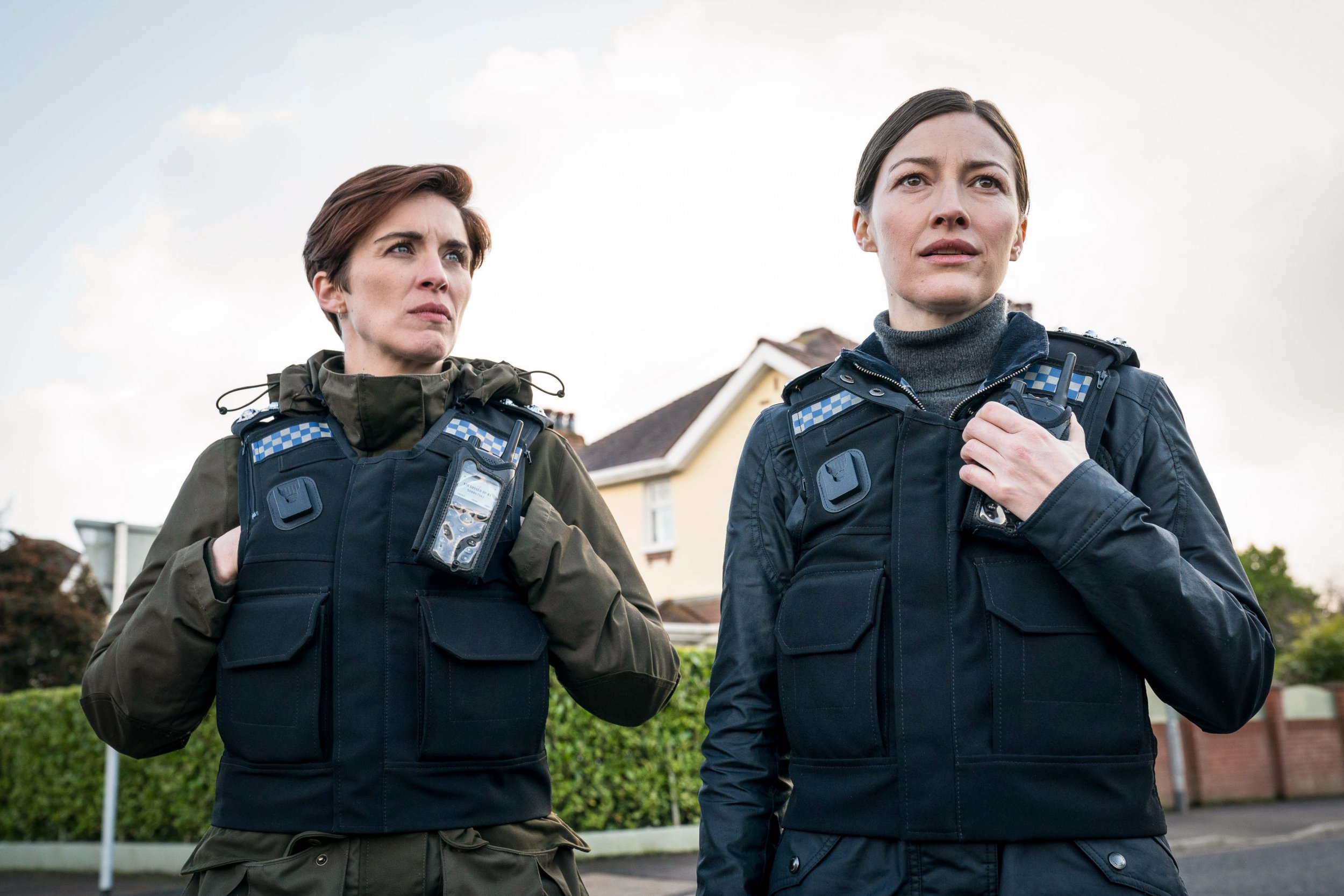 Line of Duty star Vicky McClure has admitted she ‘would have happily kissed’ Kelly Maconald in the latest series… after fans desperately rooted for a romance to materialise between the pair.

In season six of Jed Mercurio’s hit crime drama, Kelly made her debut as Jo Davidson, who was put on the murder investigation team on Operation Lighthouse alongside Vicky’s Kate Fleming.

While Jo kept her true motives hidden from her colleagues, she and Vicky quickly formed a close connection, with many viewers remarking on how much chemistry there was between the pair.

Line of Duty stars Vicky, Martin Compston and Adrian Dunbar, as well as Jed, recently reunited for a joint interview in aid of Ardgowan Hospice, a charity close to Martin’s heart.

While speaking to The Greenock Telegraph at the event, Vicky was asked about the palpable ‘sexual chemistry’ between Kate and Jo on the show.

After she affirmed that there was ‘definitely’ a romantic spark between them, Jed – who created and wrote the procedural – said that ‘there was definitely the intention that there was something there’.

‘But what we found out was it was apparently one-sided,’ he added.

After an audience member called out expressing their hope for the romance to be explored further ‘next season’, Vicky chimed in to say that she would have definitely been up for a kiss between Kate and Jo.

‘I’d have happily have kissed Kelly, I mean she’s gorgeous. There’s your headline. Got it?’ she quipped.

Several Line of Duty fans didn’t know how to handle the news, expressing their delight on Twitter as some revealed Vicky’s comments had left them ‘screaming’.

Following the conclusion of series six, when the identity of ‘H’ was finally revealed, there has been much speculation over whether Line of Duty will return for a seventh season.

In October last year, it was reported that while another series is apparently ‘happening’, it may be ‘a few years’ before new episodes are released.

Line of Duty is available to watch on BBC iPlayer.