Love Island’s Amber Beckford is not best pleased with her former love interest Dami Hope for moving on with Indiyah Polack straight after she was dumped from the villa.

The 24-year-old nanny was eliminated alongside Ikenna Ekwonna in a brutal double exit, but no sooner had she walked out the door, Dami was confessing his feelings for Indiyah.

Since then, the pair went on the ‘perfect’ first date, prompting viewers to believe they could win the series.

Discussing her response to the antics on Sunday’s Aftersun, Amber revealed she was ‘too stunned to speak’ after discovering they had coupled up following her axing.

She went on to claim she’d been having ‘proper snogs in bed’ with Dami, despite his secret flirting with Indiyah, but that the scenes had been edited out of the programme.

‘They could have waited till we at least had our water bottles out of there,’ Amber remarked when presenter Laura Whitmore asked what she made of the surprising new couple. 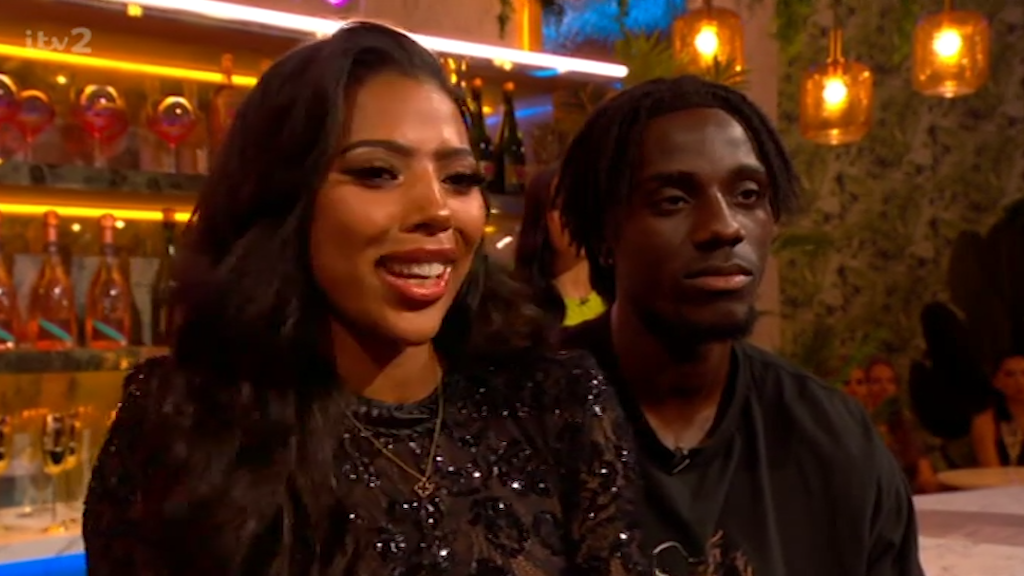 ‘Yeah, it was a bloody shock, but when it was Ekin-Su [Cülcüloğlu] and Tasha [Ghouri], I was like, “Ok, read the room”,’ Amber said of her elimination.

She continued: ‘I was a bit shocked. I won’t lie, I spoke to them both and didn’t have a clue. They both said, “No, just friends.” I was too stunned to speak.’

Ikenna, who was sat beside Amber on Aftersun, went on to confess the boys in the villa are aware that Gemma Owen’s dad is footballing legend Michael Owen.

He told Laura: ‘We didn’t really know until the second or third day but.

‘I don’t think the girls knew, like the guys knew.’

Well, there we have it!

Love Island airs tonight at 9pm on ITV2 and Aftersun airs on Sundays at 10pm on ITV2.

Kiss goodbye to your social life – Love Island is back to dominate your evenings, with the new series promising more drama than ever before.

For all the latest updates, visit Metro.co.uk‘s Love Island page.