Love Island’s India Reynolds looked stunning as she rocked an eye-popping dress on the show tonight.

However, the racy dress isn’t the only thing that got tongues wagging on the show tonight.

India and basketball player hunk Ovie Soko dropped a bombshell as they revealed they were exclusively dating on tonight’s show.

Fans were overjoyed for the pair on social media.

One wrote: “India and Ovie are exclusive. They have so much chemistry and look so good together!”

While another one added: “I love India and Ovie.”

A third chimed in: “India and Ovie look good together.” 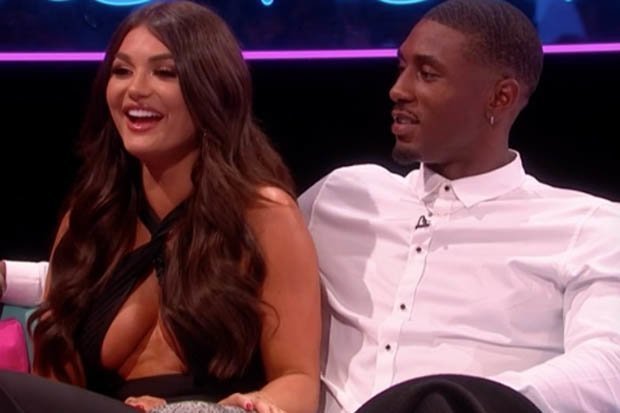 The relationship bombshell came after Ovie was seen wearing a cheeky T-shirt which featured a sexy modelling snap of partner India Reynolds.

India shared the image of Ovie wearing the top on her Instagram story.

The brunette stunner was seen cuddling up to the hunky basketball player while he was wearing the T-shirt.

Witnessed by her 919,000 followers, India wrote: “When bae arrives wearing you on his top #baeontop.”

The show of support from Ovie comes after some Love Island fans urged Ovie to dump over her sexy snaps and videos.

We’re glad he didn’t listen to the trolls.