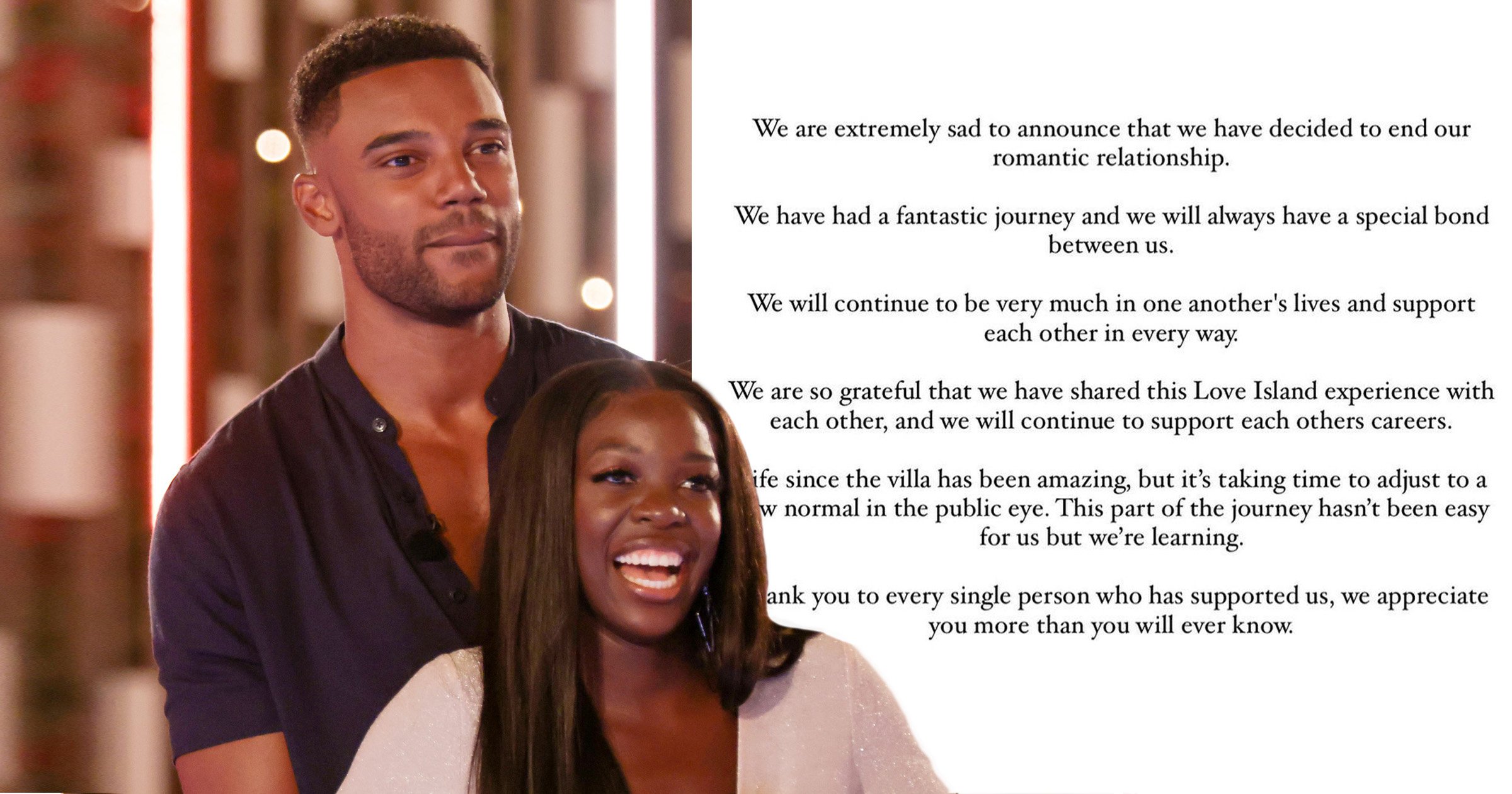 Love Island stars Kaz Kamwi and Tyler Cruickshank have confirmed their romantic relationship is no more.

Three months after the final aired, rumours surfaced that the pair might have split as they struggled to make their relationship work.

Taking to Instagram with a statement today, the reality stars said they are ‘extremely sad’ that the speculation is true, and they have parted ways.

They had their highs and lows in the villa, but Kaz and Tyler finished in fourth place, before enjoying a whirlwind relationship off-screen.

They now vow to continue supporting one another as they pursue their careers.

Their post reads: ‘We are extremely sad to announce that we have decided to end our romantic relationship.

‘We have had a fantastic journey and we will always have a special bond between us.

‘We will continue to be very much in one another’s lives and support each other in every way.’

They continued by expressing their thanks for their stint on the popular TV show, saying they are ‘so grateful’ that they had the experience together.

‘Life since the villa has been amazing, but it’s taking time to adjust to a new normal in the public eye. This part of the journey hasn’t been easy for us but we’re learning,’ they added.

The two signed off by thanking all those who have supported them, saying they appreciate their fans ‘more than you will ever know.’

Just a few days ago, a source revealed that Kaz and Tyler did not see a future together.

The anonymous source supposedly told MailOnline: ‘Kaz and Tyler have decided to go their separate ways after giving everything to make their relationship work.

‘The romance ended on good terms and they’re still friends, who will support each other in the industry.’

Kaz last posted about the pair’s relationship online on November 25, as they enjoyed breakfast in bed following the ITV Palooza.

They attended the bash together at Royal Festival Hall, both looking super glam.

While Kaz appeared in the latest series of Love Island from day one, meanwhile Tyler made a late entrance, joining the competition almost three weeks in.

Kaz originally coupled up with Toby Aromolaran, before he got together with Chloe Burrows.

Tyler swept Kaz off her feet, but caused uproar when he returned with from Casa Amor with newcomer Clarisse Juliette.

Following Kaz’s brief romance with Matthew MacNabb, she and Tyler eventually reunited and left the villa all loved up.

After Love Island ended, Kaz made their relationship Instagram official by sharing a snap of herself and Tyler kissing through their masks, writing in the caption: ‘Ty and I genuinely appreciate it and can’t wait to share our journey with you #kyler.’